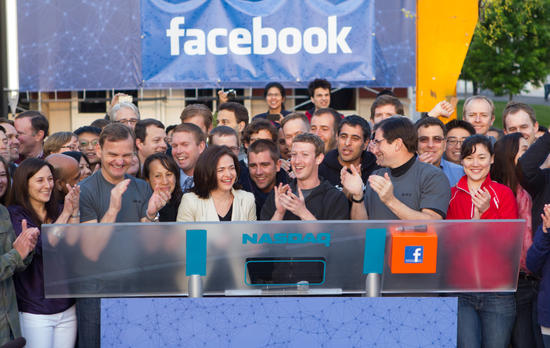 FB, Financial) is disturbing our society. This is very important to us as investors, because the big tech companies make up a disproportionately large part of the S&P 500 Index. The Sherman Antitrust Act was written and enacted because our early leaders were concerned about ruining this experiment in Democratic Capitalism. They felt that the most likely “disturbance” would be “the concentration of capital in vast combinations.” We believe we have reached that point with the FAANG stocks. Here is how Niall Ferguson describes Facebook in an article at Bloomberg.com:

I have met Facebook chief executive Mark Zuckerberg only once and it did not go well. It was at a dinner in July 2017, in the aftermath of Donald Trump’s presidential election victory, and controversy was raging about Facebook’s political role. I had the temerity to warn him that he increasingly resembled a cross between John D. Rockefeller and William Randolph Hearst. By that I meant that Facebook was in danger not only of going the way of Standard Oil, the favorite target of the trustbusters of the Progressive Era, but also of becoming as politically toxic as the Hearst newspaper group became in the heyday of yellow journalism.

If Ferguson is correct and Facebook is a cross between Standard Oil and the original Hearst newspaper chain, then Zuckerberg has two choices. When the government comes after you, you either fight them or throw yourself on the mercy of the court. By fighting, you lawyer up and create a public relations (P.R.) campaign, the likes of which has never been seen before. If you seek to humbly ask the government to tell you how to behave in an acceptable way, you seek mercy. What is the historical precedent for both? Sherman’s Antitrust Law was designed to deal with situations just like this, as Ferguson explains:

Facebook Inc. is very, very big and it makes a ton of money. According to a Pew Research poll of U.S. adults in February, 69% are Facebook users. Worldwide, Facebook has 2.8 billion users, 60% of all people on Earth with an internet connection. Counting Instagram, WhatsApp and Messenger — all Facebook apps — a staggering 3.14 billion people use Facebook, close to half of humanity.

Small wonder its market capitalization is just short of a trillion dollars. It offers the biggest reach and highest precision in the history of advertising. (As Mark Zuckerberg once had to explain to Senator Orrin Hatch, Facebook’s service is free because “We sell ads.”)

In 1986, my employer, Drexel Burnham, was dominating a segment of capital financing known as the “junk bond market.” Michael Milken was the brainchild who created the trading market in the bonds of what were called “fallen angels.” These were former blue-chip companies which had fallen on hard times. Through Milken’s trading group, Drexel made markets in their bonds and expand into the bankrolling of lower credit quality companies in the same way that Credit Acceptance Corporation (

CACC, Financial) loans money to auto buyers with a less than enviable credit rating. His thesis ended up being spot on as the extra interest rate paid on the bonds well compensated for the risk of default. In turn, Milken’s clients were using the backing of that financing to feast on buyouts of asset rich companies in the 1980s. These bargains existed due to a bear market in stocks from 1972 to 1982.

Unfortunately, the lack of transparency of a private company like Drexel and the supporting cast of people built up around Milken led to its downfall. Corners got cut and oversight suffered. Eventually, insider trading sprang up and too many bad things were being done which the government and regulators could cease on.

In 1987, the famous takeover artist and merger arbitrage expert, Ivan Boesky, was caught red-handed trading on inside information provided by protégés of Milken’s division of the parent company. To try and reduce his penalties and jail time, Boesky decided to “turn state’s evidence” and bring Drexel down with him.

Drexel chose to fight the Federal government and wage a huge P.R. battle. They ultimately failed and Drexel was liquidated in 1990 in Chapter 7 bankruptcy. This was less than four years removed from being the most profitable private company in the U.S.

Salomon Brothers was a storied investment firm for decades and even attracted a major investment from the great value investor,

Warren Buffett (Trades, Portfolio). They dominated all aspects of issuance and trading of U.S. Government bonds, as well as many other parts of corporate finance. In 1991, one of Salomon’s top Treasury Bond trader’s, Paul Mozer, was caught cornering the market in 2-Year Bonds and rigging the Treasury Market auction. This wrongdoing was a huge body blow to Salomon.

Buffett was immediately given chairmanship of Salomon and decided to go to the government and seek the “mercy of the court.” Through Buffett, Salomon effectively said, “tell us what we did wrong and what we need to do right in the future. We will do whatever you decide.” By doing so, Salomon survived and eventually merged with Smith Barney and became a predecessor of both Citigroup (

Which brings us to Facebook. It appears their whistleblower is not someone on the way to jail like Ivan Boesky. It is a woman named Frances Haugen, who worked inside Facebook and could no longer keep their approach private. As opposed to Boesky, she is in no trouble for her role at Facebook. In fact, she says the changes that need to be made to preserve Facebook would be good, because “she loves the company.”

Will Facebook and their leader, Mark Zuckerberg, take the Drexel approach and go into the legal/P.R. war? Or will Facebook go humbly to the government and ask it to be what Haugen would like to see them become? There could be a few clues.

First, Drexel had very few friends in their own industry and a small retail investor footprint. They had 95% market share in what we call “high yield bonds” today and were crushing the most profitable parts of investment banking and merger arbitrage activity. They made no effort to do what The Godfather was urged to do by “sharing the wealth” with the other Mafia families. Their leader was secretive and based in Los Angeles, California and had no interest in the spotlight.

Salomon, on the other hand, had been heavily involved in all aspects of finance for decades and had a blue-chip roster of clients. The company existed in the mainstream of the investment world and survived numerous difficult environments in the past.

Mark Zuckerberg and Facebook strike me as more like Drexel. Zuckerberg dominates social media like Drexel did junk bonds and merger arbitrage. He is a very private person and was motivated to create his company to give shy males like himself a chance to meet coeds in a non-threatening way. We doubt that someone as powerful and wealthy as him wouldn’t put up a fight. On the other hand, Facebook’s service is loved by billions of customers and serves a wide majority of U.S. and world population.

Niall Ferguson compares Facebook to a combination of Standard Oil and the Hearst Media Empire. Standard Oil got split up into 37 companies and those companies proved to be successful long-term investments overall. It seems that Zuckerberg has two choices. Will he fight the government and risk Facebook’s destruction or throw the company to the mercy of the court? Either way, the next few years will be quite entertaining in the world of Facebook and could tell other monopolistic companies like Google (

GOOGL, Financial)(GOOG, Financial) and Amazon (AMZN, Financial) whether to fight the federal government as it pursues the antitrust law.

The information contained in this missive represents Smead Capital Management's opinions and should not be construed as personalized or individualized investment advice and are subject to change. Past performance is no guarantee of future results. Bill Smead, CIO wrote this article. It should not be assumed that investing in any securities mentioned above will or will not be profitable. Portfolio composition is subject to change at any time and references to specific securities, industries and sectors in this letter are not recommendations to purchase or sell any particular security. Current and future portfolio holdings are subject to risk. In preparing this document, SCM has relied upon and assumed, without independent verification, the accuracy and completeness of all information available from public sources. A list of all recommendations made by Smead Capital Management within the past twelve-month period is available upon request.

I/we have no positions in any stocks mentioned, and no plans to initiate any positions within the next 72 hours.
The views of this author are solely their own opinion and are not endorsed or guaranteed by GuruFocus.com
Rating: 5 / 5 (3 votes)
3 Comments
Write for GuruFocus
Submit an article
How to use GuruFocus - Tutorials What Is in the GuruFocus Premium Membership? A DIY Guide on How to Invest Using Guru Strategies GuruFocus New Features