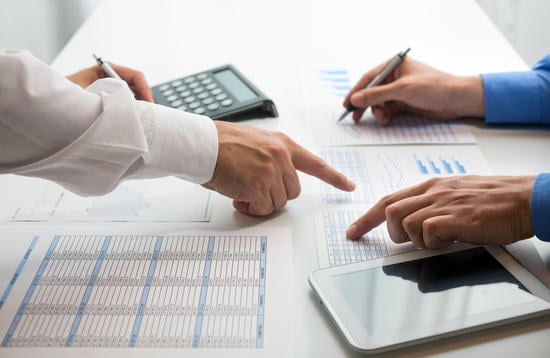 The portfolio demonstrated solid gains across many of its equity holdings during the quarter as the U.S. economy continued its robust growth trajectory. After declining nearly 20% in the first quarter of 2020, the market (as measured by the S&P 500 Index) went up five quarters in a row with the smallest quarterly gain being 6.2% and a cumulative gain of 70%. That is the best five-quarter gain in more than forty years. Small-cap and mid-cap stocks did even better. The style indices were mixed as Value outperformed in small-cap but lagged in the large- and mid-cap indices.

As the economy has rebounded from its pandemic lows, so have corporate earnings: Total pretax profits have surged $0.84 trillion from the lows of 2020 and now stand 17% above their pre-pandemic high. Moreover, corporate profits are estimated to grow another 7% in 2022, fueling capex spend as domestic manufacturers scramble to rebuild supply
chains amidst component shortages, lean inventory and surging consumer demand.

During the quarter, the Strategy added one new position and sold three holdings.

PWR, Financial) is a specialty contractor in the electrical power, oil and gas, and communicationindustries. Quanta Services reported another “beat and raise” quarter which resulted in a record quarter for revenues, EBITDA, EPS, and backlog. Revenue growth was just shy of 20%, driven by strong demand in the Electric Power segment. Underlying demand remains very robust, driving backlog to a record of $17 billion. Towards the end of the quarter, the company announced the acquisition of Blattner Holding Company for $2.7 billion, adding one of the largest utility-scale renewable energy infrastructure solutions providers in North America.

DVN, Financial) is an independent oil and gas exploration and production company with a largefootprint in the Permian Basin in west Texas. The company delivered outstanding second quarter results as evidenced by its healthy quarterly free cash flow with roughly half of that total being returned to shareholders in the form of a base dividend and a variable dividend. Devon was also able to pay down some of its debt during the quarter. With rising commodity prices, the company should comfortably generate enough free cash flow to bring its leverage ratio down to the target level of 1.0x EBITDA by the end of the year. Should commodity prices remain elevated, this should translate to even higher quarterly dividend payments in the second half of the year and into 2022.

CHK, Financial) is an independent exploration and production company with its mainfootprints in the Marcellus Shale in Pennsylvania and the Haynesville Shale along the Texas/Louisiana border. In addition to rapidly rising natural gas prices, the company also announced the acquisition of Vine Energy (ticker VEI) which bolsters its position in the Haynesville and is accretive to cash flow. The company also announced a variable dividend policy which will be paid out quarterly.

LW, Financial) produces and distributes value-added frozen potato products, most notably Frenchfries, to a variety of customers, including quick-service restaurants, sit-down restaurants, and foodservice operators. Despite rebounding sales, the stock was weak in the third quarter after Lamb Weston cited input cost inflation, higher transportation costs and elevated packaging costs as likely pressuring earnings going forward. The hot weather in the summer of 2021 also sparked concerns about a softer upcoming potato crop, which would lead to higher potato costs for Lamb Weston. The company plans to combat higher costs through a series of price increases, which should fully take e ect by the end of the year.

CDK, Financial) is the leading provider of IT systems used by automobile dealers to manage theirbusiness. The company reported calendar second quarter earnings that were a little shy of expectations across the board. More concerning to the Street is that the company continues to spend heavily on growth initiatives, even though the previous spending does not seem to be generating the hoped-for results. With a good market position, attractive returns, and a cheap valuation, we are willing to give this experienced management team a little more time to hit its stride.

OSK, Financial) is a manufacturer of light construction equipment and specialty vehiclesfor defense and municipal customers. The company reported an earnings shortfall as supply chain issues led to lost shipments in its Access Equipment segment (a subsidiary called JLG which makes scissor lifts and telehandlers). Rising raw material costs also hampered profitability. Management expects this to persist for the next two or three quarters although the company plans to raise prices to o set much of the headwind. Backlog in all segments continues to look promising so we view this as a short-term issue that should not derail a healthy multi-year outlook in both its Access Equipment and Defense segments.

As we look ahead, we believe that the global economic recovery will continue, but acknowledge that the path could be a little bumpier in the next year. We expect to use market pullbacks as opportunities to uncover outstanding companies that investors discard for short-term reasons.

In conclusion, thank you for your investment in the Mid Cap Dividend Value Strategy. We will continue to work hard to justify your confidence and trust.

Past performance is no guarantee of future results. As with all investments, there is a risk of loss. Any performance and/or attribution information contained herein are based on a representative account of the specific strategy discussed.

Market Performance presented solely for informational purposes. The S&P 500 Index is designed to act as a barometer for the overall U.S. stock market and consists of 500 stocks that are chosen on the basis of market size, liquidity, and industry grouping. The S&P 500 is a market value weighted index with each stock's weight in the index proportionate to its market value.

The opinions expressed in this document are those of Keeley Teton Advisors, LLC as of the date indicated and are subject to change without notice and are not intended as recommendations of individual securities.