5 Sports Apparel Stocks Gurus Are Batting With in October 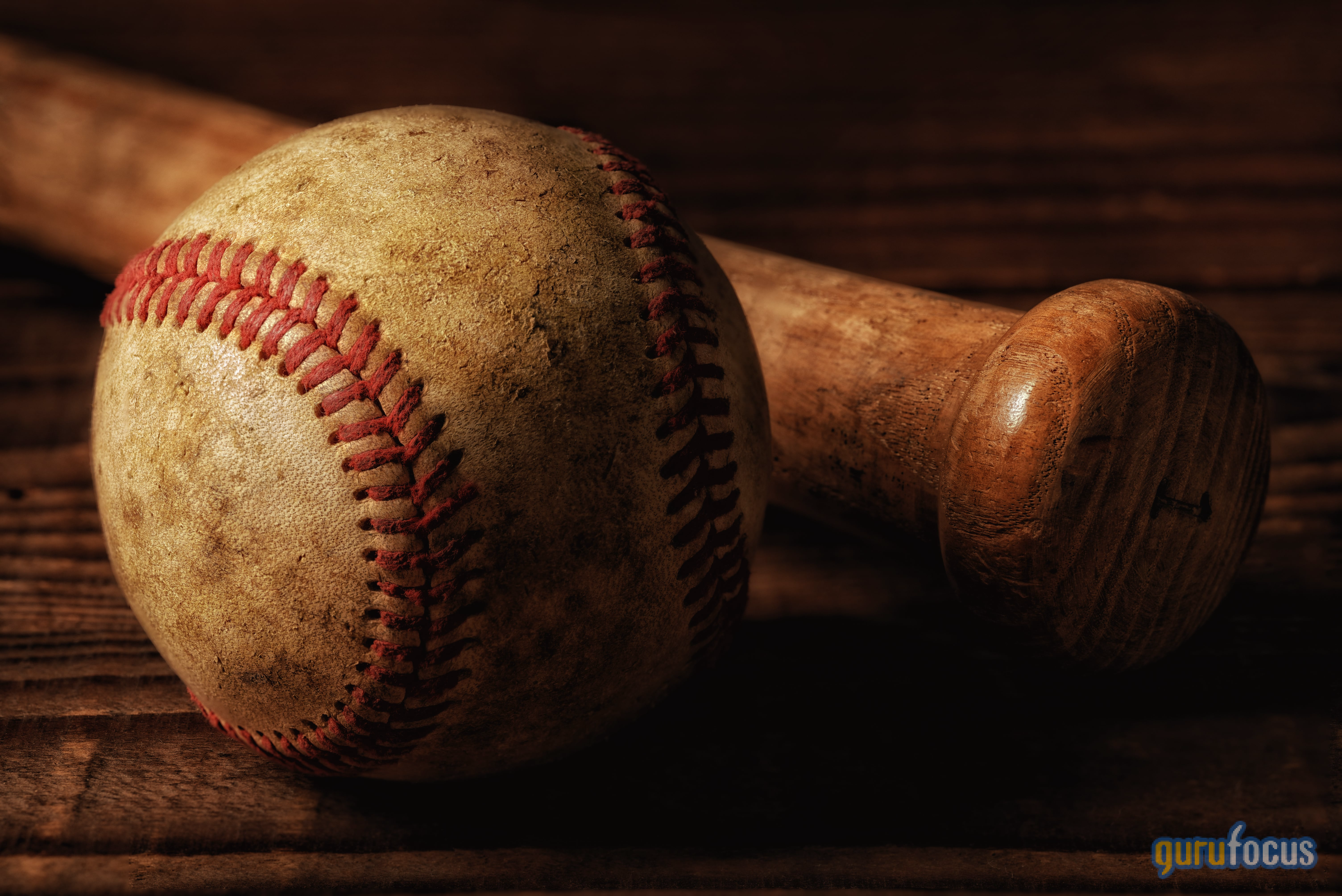 In light of Major League Baseball’s World Series kicking off and expected surge in holiday retail shopping, five sports apparel stocks with a high number of gurus owning shares as of October are Nike Inc. (

On Wednesday, the National Retail Federation said that it expects holiday retail sales during November and December to range between $843.4 billion and $859 billion, implying an increase between 8.5% and 10.5% over holiday retail sales in 2020. The implied sales growth would shatter last year’s record growth of 8.2% and adding to the five-year average growth of 4.4% per year. 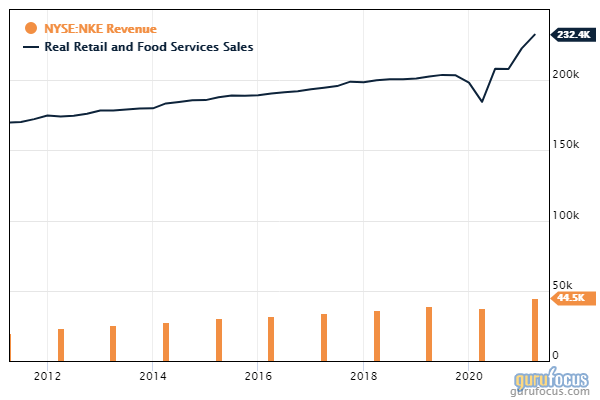 NRF President and CEO Matthew Shay said that rising household income from consumers and supply chain investments from retailers drive momentum heading into the holiday shopping season. Jack Kleinhenz, the federation’s chief economist, added that while pandemic-related supply chain disruptions may drive down inventory and cause shortages during the later weeks, the holiday sales season can still report “stellar” results if retailers “can keep merchandise on the shelves” into Christmas.

As such, investors may find opportunities in sports apparel companies that are broadly held by gurus. GuruFocus’ Most Broadly Held model portfolio has returned 26.70% year to date, outperforming the Standard & Poor’s 500 index's return of 21.8%. Additionally, the portfolio has returned an annualized 18.01% per year over the past 10 years, topping the S&P 500's return of an annualized 13.53% per year.

Twenty-one gurus own shares of Nike ( 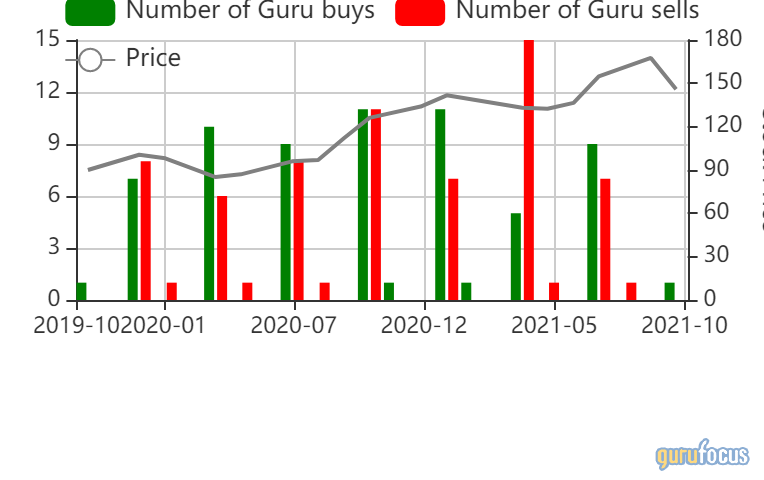 GuruFocus ranks the Beaverton, Oregon-based sports apparel giant’s profitability 8 out of 10 on several positive investing signs, which include a high Piotroski F-score of 7 and profit margins and returns that outperform more than 86% of global competitors. 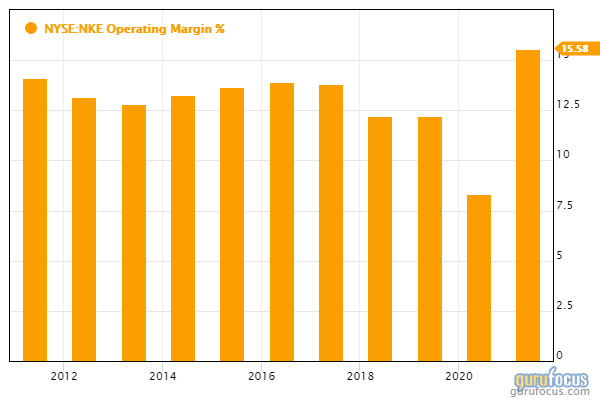 Gurus with holdings in Nike include

GuruFocus ranks the New York-based company’s profitability 7 out of 10 on the back of a Greenblatt return on capital that outperforms more than 78% of global competitors despite profit margins topping just over 51% of global manufacturing companies. 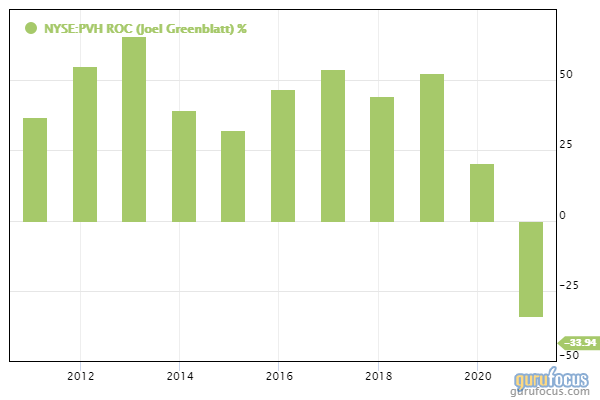 Nine gurus own shares in Skechers ( 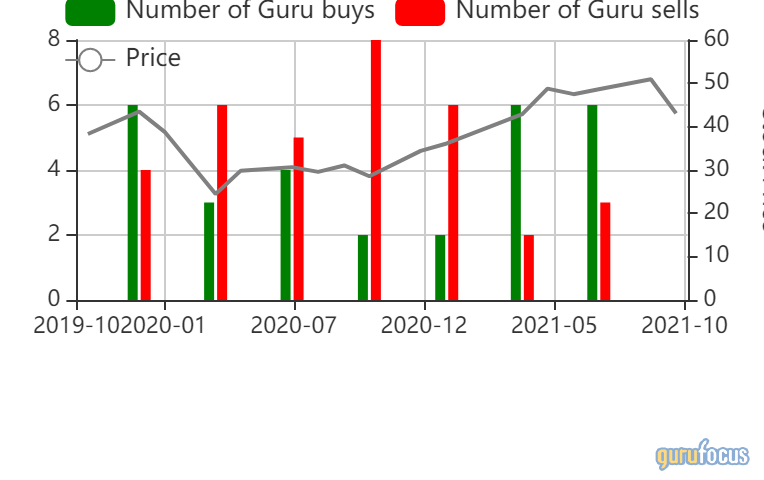 GuruFocus ranks the Manhattan Beach, California-based lifestyle footwear company’s profitability 7 out of 10 on several positive investing signs, which include a high Piotroski F-score of 7 and profit margins and returns that are outperforming more than 69% of global competitors. 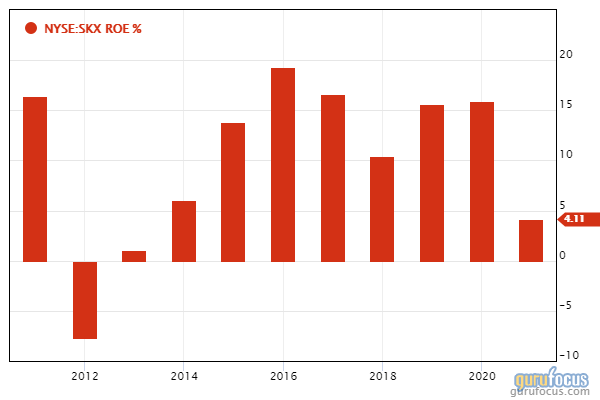 GuruFocus ranks the Denver-based company’s profitability 6 out of 10 on the back of profit margins and returns outperforming more than 70% of global competitors. 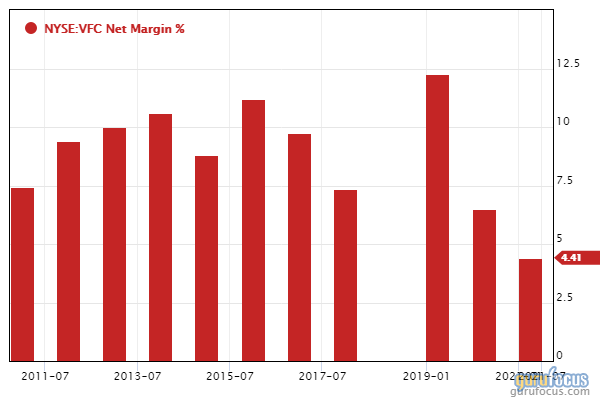 GuruFocus ranks the New York-based footwear company’s profitability 7 out of 10 on several positive investing signs, which include a high Piotroski F-score of 7 and profit margins and returns that outperform more than 77% of global competitors. 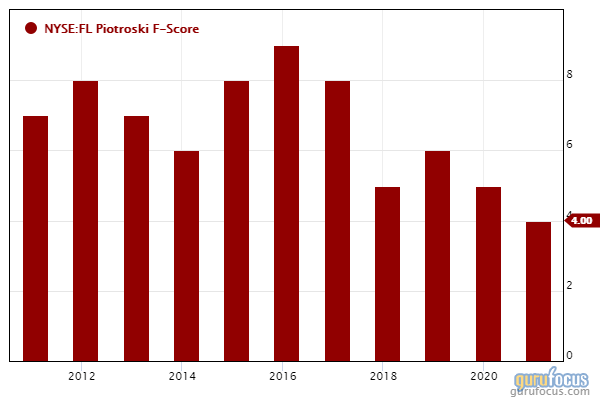 I am/we are Long NKE
The trades and holdings mentioned in the article reflect information as of the June-quarter filing and do not reflect any trades made between July and October. Per Securities and Exchange Commission regulations, the deadline to report quarterly portfolios is 45 days until after the quarter ends.
The views of this author are solely their own opinion and are not endorsed or guaranteed by GuruFocus.com
Rating: 0 / 5 (0 votes)
Bookmark