PagSeguro: The 'Square of Brazil' Is a Potential Value Opportunity

A long-term, unique opportunity to invest in a Brazilian payment space disruptor at a steep discount to its intrinsic value 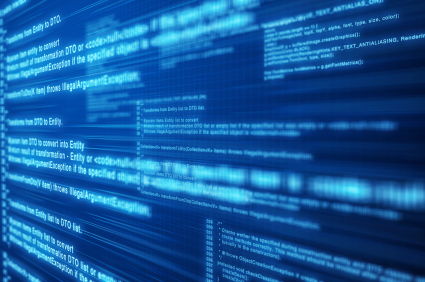 PagSeguro’s platform-based play enables it to pursue multiple revenue streams. The company makes money on the POS terminals and devices it sells, but this revenue stream is low margin. Despite the low margin nature of this line of business, it serves as an entry point for the other revenue streams.

Similar to merchant acquirers in the U.S., PagSeguro earns fees from credit card transactions as a commission withheld from the transaction value paid to the merchant. These merchant discount rates (MDR) vary from 2.4% to 4%, and are dependent on volume, transaction type (POS vs. online) and transaction category (credit vs. debit). These rates are standardized and completely transparent to the merchants.

PagSeguro also sells prepaid cards to merchants and individuals, allowing the company to earn interest on the float. The company offers an eWallet where users can save their credit card information and use the app to make payments. The eWallet in turn generates MDR fees from the merchants transacted with.

The company also monetizes by providing merchants with the option to receive prepayment on their installment receivables upfront as a lump sum. It is common practice in Brazil for consumers to make payments to the merchant in interest free installments over time using a credit card. Compare this with using a vanilla credit card, where a bank fronts the payment to the merchant, and the consumer makes payments towards their credit card. This results in major working capital shortfalls for merchants as they receive full settlement months after a sale has been completed. Instead, PagSeguro prepays the merchant upfront on behalf of the consumers, and the underlying receivable is then owed to PagSeguro by credit card issuers (which in Brazil are owned primarily by the country’s large retail banks). In turn for early payment, PagSeguro is able to charge a prepayment fee to merchants as a percentage of the overall receivable.

By relying on credit card issuers owned by the banks for fronting working capital, PagSeguro soon realized that it made sense to launch its own bank offering to get around its reliance on other banks. The company launched a free digital bank account for merchants, through which it provides other services such as allowing merchants to receive an early payment on their receivables, leveraging data collected from its acquiring business to underwrite merchants. This digital bank initiative was further expanded to consumers with the launch of PagBank in 2019, through which the company makes money on wire transfers, interchange fees, credit cards, P2P transactions and loans. Launching PagBank has not only expanded the company’s total addressable market significantly, but it also has put it in the same conversation as hot, emerging neobank contenders such as Nubank (recently valued at $30 billion in its filing for an IPO).

In addition to understanding PagSeguro’s products and business model, it helps to dive deeper into the broader market conditions the company operates in to get a better understanding of why the company is undervalued. The number of SMBs in Brazil is in the multi-millions and growing at an over 10% annual clip. Over 90% of all companies in Brazil are SMBs primarily in the services and retail sectors. Furthermore, 70% of PagSeguro’s merchants have never had access to credit card transactions before, making this an extremely underserved and untapped market.

There are broader secular trends moving Brazil away from being a primarily cash-based economy. Covid-19 has resulted in more card usage, and the recent emergence of large fintech companies has socialized the populace towards using digital and card alternatives. Incumbent players also serviced merchants and consumers poorly, opening up space in the market for players like PagSeguro.

PagSeguro’s platform-like approach allows it to offer a wide swathe of services and go after new customers in a unique way. Once a terminal is bought, a digital account is automatically opened and a prepaid card is provided to the merchant. Digital services include payment due, mobile support among other fintech features. The overall market opportunity is underpenetrated and PageSeguro has long runway for growth.

The company has a first mover advantage in Brazil, having been the first company to focus exclusively on SMBs. PagSeguro innovated by being the first company to sell the POS terminal instead of just leasing it out, and by selling POS terminals at a low cost (effectively breakeven), PagSeguro was able to lower merchant acquisition costs. Creating a digital bank account for merchants was also an industry and market first, and has allowed the company to serve its market and grow significantly faster than its peers.

This model was so successful that other players like Cielo (

CIOXY, Financial) later copied the model of selling the POS terminal directly to merchants instead of leasing them. But given the first mover advantage, the sheer size of the market and relative lack of penetration, as well as the lower cost structure, PagSeguro could maintain its competitive advantages over the longer term.

The company currently trades at $37 per share, which is 27 times next year’s average earnings estimate. PagSeguro's stock has recently come under pressure following isolated events, with the stock price dropping 40% from its all-time high following the Central Bank of Brazil’s recent proposal of putting a cap of 0.5% on prepaid card interchange fees.

What the market has missed, and what fundamental investors should see from PagSeguro’s product and platform play, is that prepaid interchange fees form only a minimal part of the company’s overall business. The company’s bread and butter is its merchant processing fees and working capital prepayment for merchants. Analysts estimate PagSeguro’s 2022 revenue might only see a low to mid single-digit effect as a result of the new rule.

MELI, Financial), a shift after the two companies had traded in-line with each other for the better part of six months. Since early April, MercadoLibre shares are down less than 2% while PagSeguro shares are down close to 30% over that same period.

My intrinsic valuation model suggests PagSeguro could be worth $90 to $100 per share, or roughly 2.7 times today’s current prices, which would represent a 170%+ upside. I believe the company is well-positioned to capitalize on the secular trends emerging both as a result of Covid-19 as well as from the growth and maturation of Brazil’s fintech ecosystem. The company’s PagBank business has massive potential and remains highly undervalued, and it is not inconceivable to think that PagSeguro may be able to deliver revenue and earnings growth in excess of 30% over the next five years.

While some investors remain concerned about margin pressure given PagSeguro's declining interchange rate, I believe this will prove transitory as the company has several more important revenue streams and has not realized the value of its PagBank business. The company has been in investment mode over the last several years, and we are now beginning to see the effects of that in the company’s triple-digit TPV growth.

Given the conviction in the outlook for PagSeguro and the discount the market now offers relative to its peer group, I believe this is a unique opportunity to get exposure to this fintech company in a growing emerging market at a bargain price.

I/we have no positions in any stocks mentioned, but may initiate a Long position in PAGS over the next 72 hours.
The views of this author are solely their own opinion and are not endorsed or guaranteed by GuruFocus.com
Rating: 5 / 5 (8 votes)
Bookmark