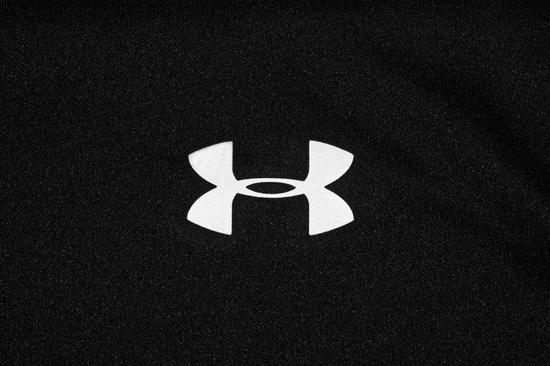 UA, Financial) (UAA, Financial), a leading inventor, marketer and distributor of branded athletic apparel, footwear and accessories, managed to post strong third-quarter revenue and earnings, beating Wall Street's expectations handsomely. The company's marketing efforts to improve its brand image contributed massively to this success, which is a good sign for investors as the company seems to have identified the right strategy to unlock value. The Baltimore-based sportswear company further mentioned that the outlook for the fourth quarter is encouraging, which sent shares soaring more than 10% on Nov. 2.

Under Armour is moving in the right direction

Four years of transformation completed at Under Armour seems to have helped the company make its mark amid very challenging macroeconomic conditions. The strong performance in the third quarter is also a testament to the effectiveness of its new business model, which has enabled the company to dispatch shipments at the expected speed while many global companies struggled due to supply chain constraints.

The company had been going through months-long factory shutdowns in Vietnam due to health guidelines. As of this week, almost all factories including the ones in Vietnam which is home to key apparel manufacturing hubs are functioning fully. This is a good sign for investors as the reopening of these factories is likely to boost the fourth-quarter production.

The athletic performance apparel segment reported revenue of $1.5 billion for the three months ended Sept. 30, slightly ahead of analysts’ consensus estimate of $1.48 billion and up 8% year over year. In the Asia-Pacific region, sales surged 19% and in Latin America, revenue grew 27%. Operating income for the quarter was $172 million, with the company’s gross margin increasing 310 basis points to 51%. Net income for the third quarter came to $113.4 million, or 24 cents per share, compared to 9 cents per share a year before. Under Armour’s adjusted earnings excluding restructuring charges in the third quarter were 31 cents a share, outpacing expectations of 15 cents by analysts.

Wholesale revenue from which it derives the majority of its sales rose 10%, while direct-to-consumer own stores and website sales were up 12%. Under Armour has been investing millions of dollars to reduce intermediary costs by focusing on its e-commerce operations, which makes the quarterly performance from this segment very encouraging. Consumers have been responding to better products by the brand in all segments, which is evident from the double-digit revenue growth reported across the apparel, footwear and accessories segments.

As pandemic-fueled e-commerce activity slowed, online sales declined by 4% compared to the prior year, but digital sales accounted for 33% of total revenue, which is a notable improvement from the comparable numbers in 2019.

CEO Patrik Frisk credited strong marketing efforts for boosting the brand value of Under Armour, which has been the main driving force behind the quarter’s blockbuster performance. Under Frisk's leadership, the company has constantly strived to invest in marketing to enhance the brand image while pulling inventory out of discount channels and selling more products at full price. The retailer has been leaning into team sports and marketing around the importance of mental strength as well, not just physical activities. The CEO further mentioned the company’s marketing goals moving forward will be consumer-centered and that better products and consistent execution will be at the heart of the operating strategy.

With strong demand for sneakers and sweat-wicking clothing, Under Armour’s outlook for revenue growth has enhanced, and the company now expects to report a 25% growth in revenue for 2021. The company's cost-cutting efforts seem to be paying off as well, and it now projects a low-single-digit expansion in gross margin in the fourth quarter, carrying the momentum forward. The company might come under pressure because of supply chain disruptions in Asia, but these challenges are likely to be short-term obstacles.