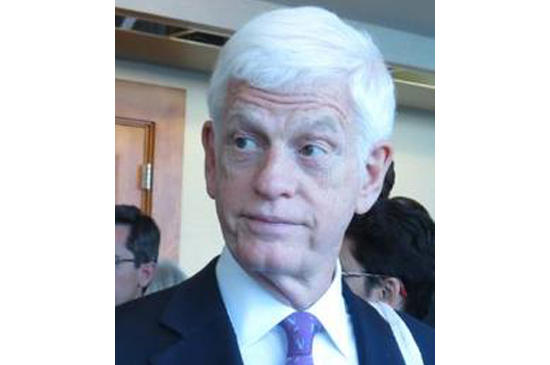 SONY, Financial) (+14)(7.4% of net assets as of September 30, 2021) was both the largest position and largest contributor to returns in Q3. The company benefited from positive developments in its two most important businesses as its Games division unveiled an impressive slate of PlayStation titles, and the IPO of Universal Music (one of the three music industry “majors”) highlighted the value of Sony Music. Republic Services (+10%, 3.8%) reported solid Q2 results that highlighted improvements in gross margins as well as notable strength in volumes. The company exercises substantial pricing power and can leverage M&A opportunities to help drive sustained accretive inorganic growth. Madison Square Garden Sports (MSGS, Financial) (+8%, 3.1%) rebounded in anticipation of in-person attendance and better performance by its Knicks (NBA) and Rangers (NHL) franchises. Viacom (-13%, 6.8%) was the largest detractor in the quarter owing in part to concerns about the investment it would have to make to continue the initial success of its Paramount+ direct-to-consumer service. Grupo Televisa (TV, Financial) (-23%, 1.8%) gave back much of its gains for the year as it faces similar concerns over its coming entry into the direct-to-consumer video business via its merger with Univision. The company also faced a difficult macro backdrop as negative newsflow from China and a stronger dollar weighed on emerging market securities. Finally, Newmont Corp. (NEM, Financial) (-14%, 5.2%), the world’s largest gold miner, declined despite gold being down only 1% in the quarter as the market appears concerned about the potential for margin compression for gold mining companies if cost inflation escalates while the price of gold declines.

DEO, Financial) (3.2% of net assets as of September 30, 2021) (DEO - $193.00- NYSE) is a leading global producer of alcoholic beverages, with brands including Smirnoff, Johnny Walker, Ketel One, Captain Morgan, Crown Royal, J&B, Baileys, Tanqueray, and Guinness. The company has a balanced geographic presence in both mature and emerging markets, and benefits from both growing spirits consumption globally, as well consumers around the world trading up to more premium products. While the COVID-19 pandemic negatively impacted out-of-home spirits volumes, Diageo’s strong brand portfolio has benefited from increased at-home consumption, growing e-commerce distribution, and a blossoming consumer interest in crafting high-end cocktails – trends which are expected to persist even as bars and restaurants broadly reopen. Longer term, Diageo should continue to benefit from price and volume growth, leveraging its leadership position in its high barrier-to-entry industry.

OSTO:SWMA, Financial) (6.9%) (SWMA – $8.76/SEK76.66 – Stockholm Stock Exchange) produces tobacco products that include snus and snuff, chewing tobacco, cigars, and lights. The company has been benefiting from the growth of the smokeless tobacco market in both Scandinavia and the U.S., as public smoking bans and health concerns are driving consumers to seek alternative tobacco products to cigarettes. The company has a rapidly growing tobacco-free nicotine pouch product called ZYN that is growing rapidly in the U.S. as well as around the world. In September, the company announced plans to separate its cigar business via a spin-off to shareholders, with the transaction expected to be completed during the second half of 2022. After the spin-off, we believe Swedish Match could be an attractive takeover candidate for a global tobacco company that wants to increase its presence in the smokeless segment.

VIAC, Financial) (6.8%) (VIA – $42.07 – NASDAQ) is the product of the December 2019 recombination of Viacom and CBS, twocompanies controlled by the family of the late Sumner Redstone. ViacomCBS is a globally scaled content company with networks including CBS, Showtime, Nickelodeon, MTV, Comedy Central, VH1, BET, thirty television stations, and the Paramount movie studio. The companies separated in 2005, but changes in the media landscape have put a premium on global scale. Together ViacomCBS should be able to better navigate shifts in consumer behavior and monetization while generating significant cost savings and enhancing revenue growth with the nascent Paramount+ direct-to-consumer platform as a centerpiece.