Berkshire's Issues Are an Example of Wider Stresses in Insurance

The sector is struggling with rising costs 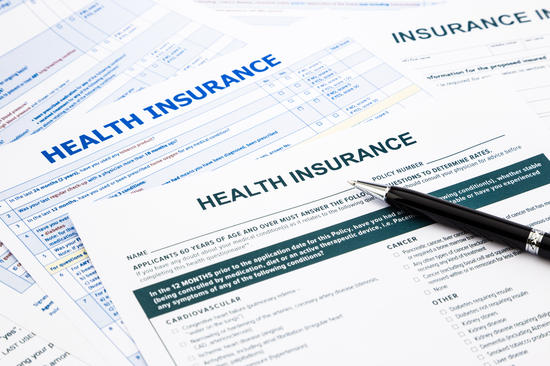 In a recent article, I highlighted the red ink in Berkshire Hathaway's (

BRK.A, Financial) (BRK.B, Financial) third-quarter earnings release. The company reported a substantial underwriting loss on the insurance side of the business.

One of the reasons the conglomerate cited for the losses was "higher private passenger auto claims frequencies" at GEICO. It also reported "higher losses in the life reinsurance business." These factors, as well as significant losses incurred from major catastrophe events, pushed the insurance business into the red.

A warning for insurance investors

Berkshire's problems are not isolated, and this is a warning for all insurance sector investors. A trend called social inflation has been building in recent years. There are two components to this trend.

First of all, the cost of repairing and maintaining and property damaged either through an accident or a major catastrophe has increased over the past decade. And over the past year, this trend has only accelerated due to supply chain issues and cost-push inflation.

The other component is the fact that courts are rewarding larger and larger awards to insurance claimants. Some in the industry have attributed this to a backlash against major companies. If these companies have the resources, they should be able to pay, the argument goes.

Insurance companies have been fighting this inflation, but it all leads to higher legal costs. We don't have to look far to find evidence of this trend playing out elsewhere in the sector. Allstate Corporation (

ALL, Financial) reported an auto underwriting loss during the third quarter. Commenting on the factors that drove the loss, Tom Wilson, Chair, President and CEO, stated:

PGR, Financial) is also suffering. Following what the company called the "most expensive storm" in its history, it reported the first loss in 20 years in its third quarter.

While some companies are suffering, others are prospering. This illustrates the clear divide between companies that have been able to increase prices in line or above rising costs and those that may have missed a beat.

CB, Financial) and AIG (AIG, Financial) both reported impressive third-quarter figures recently. The comments from Chubb's CEO, Evan G. Greenberg, in the company's third-quarter earnings give some guide as to why this business has performed so strongly, as others have struggled:

"Despite $1.1 billion of catastrophe losses in the quarter, we reported P&C underwriting income of $617 million, up 58%, and a 93.4% combined ratio, which illustrates the strengths that come from our underwriting capabilities and the broad diversification of our company's businesses."

Many different factors can contribute to an insurance company's success or failure. The most crucial factor that can define the success or failure of a company in the sector is pricing. If a company can get its pricing right and income from insurance policies easily covers claims paid out, the business will be successful. If the company does not manage to balance assets with liabilities correctly, it can result in disaster.

Watch out for the cracks

In a buoyant insurance market, it is very easy for companies to paper over the cracks, but when losses start to pile up, that's when investors begin to see who has been swimming naked, to quote

Investors who have exposure to the sector should keep an eye out for these cracks in the companies they own. For a large, diversified conglomerate such as Berkshire, they are unlikely to be terminal. Unfortunately, for smaller businesses, getting the numbers wrong can lead to complete disaster. Investors should not hang around to find out what happens next.

I am/we are Long BRK.B
The views of this author are solely their own opinion and are not endorsed or guaranteed by GuruFocus.com
Rating: 0 / 5 (0 votes)
Bookmark