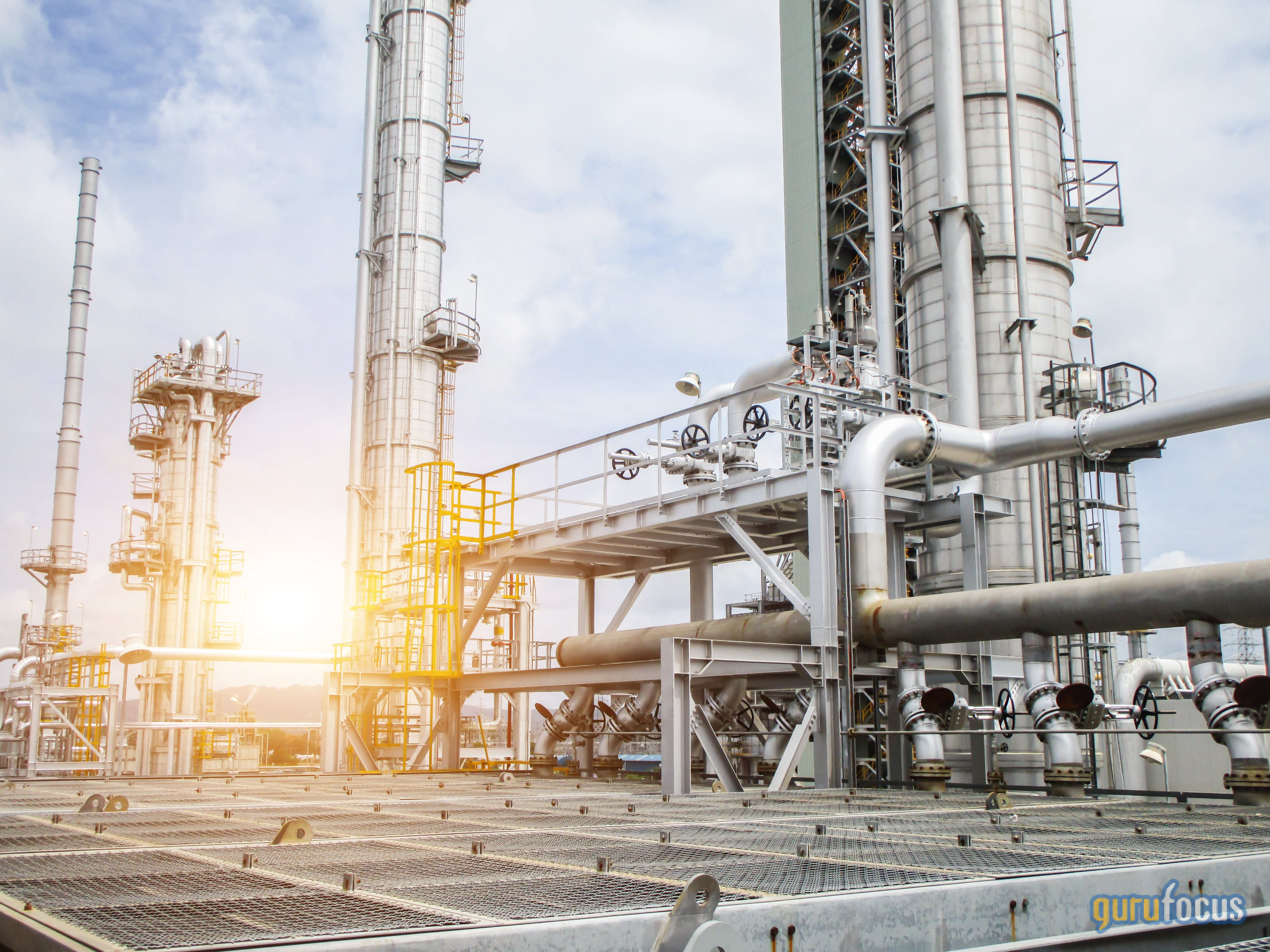 After trimming back its stake in Delek US Holdings Inc. (

The guru’s Florida-based firm, Icahn Capital Management, is known for taking activist positions in undervalued, struggling companies and working with management to improve profitability as well as unlock value for shareholders. One of his more recent targets is Southwest Gas Holdings Inc. (

According to GuruFocus Real-Time Picks, a Premium feature, Icahn sold 437,491 shares of the Brentwood, Tennessee-based downstream energy company on Nov. 9, impacting the equity portfolio by -0.03%. The stock traded for an average price of $18.65 per share on the day of the transaction.

His firm now holds 7.02 million shares total, which account for 0.54% of the equity portfolio. GuruFocus estimates Icahn has lost 18.66% on the investment since establishing it in the first quarter of 2020.

Icahn began been pursuing a shakeup of Delek’s board through competitor CVR Energy Inc. (

CVI, Financial) earlier this year, but was shot down when all three of his board nominees were rejected at the annual shareholder meeting in May.

The company, which owns assets in petroleum refining, logistics, asphalt, renewable fuels and retail convenience stores, has a $1.33 billion market cap; its shares were trading around $17.97 on Wednesdaywith a price-book ratio of 1.55 and a price-sales ratio of 0.15. 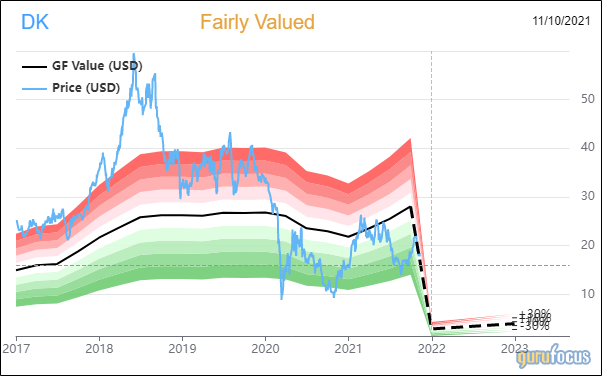 The valuation rank of 10 out of 10 is more in favor of undervaluation, however.

Delek reported its third-quarter results on Nov. 4, posting adjusted earnings of 13 cents per share on $2.96 billion in revenue. Net income of $18.1 million was up from a net loss of $88.1 million in the prior-year quarter. 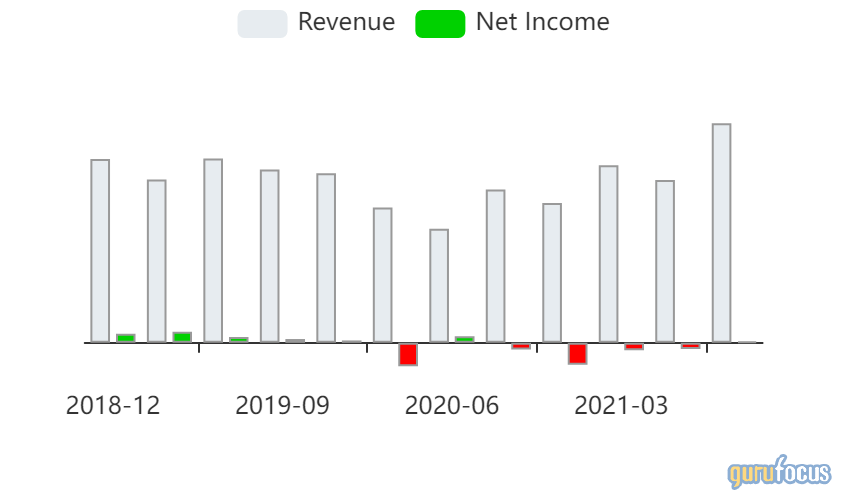 Adjusted earnings before interest, taxes, depreciation and amortization came in at $109.8 million, significantly improving from adjusted Ebitda of $-11.2 million a year ago. 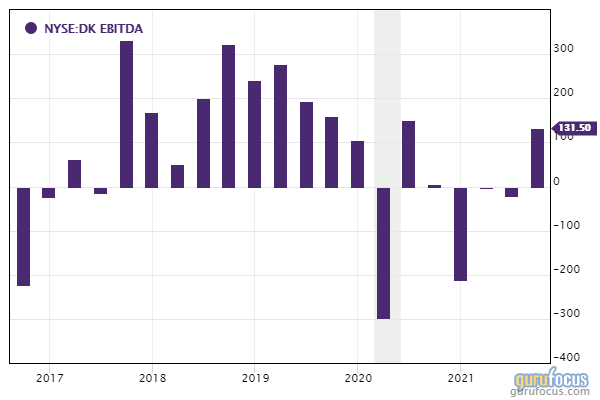 In a statement, Chairman, President and CEO Uzi Yemin commented on Delek’s performance following a “challenging” first half.

“Improved operations and reliability are allowing us to capture the stronger market environment resulting in significantly stronger Ebitda,” he said. “We have begun receiving insurance proceeds and continue working with our insurance carriers to offset financial impacts relating to the freeze and fire that occurred in the first half of the year. We also continue to engage with the EPA in pursuit of small refinery exemptions."

The following day, the company released its sustainability report for 2020-21, committing to reducing its Scope 1 and Scope 2 emissions by 34% by 2030.

GuruFocus rated Delek’s financial strength 4 out of 10. As a result of issuing approximately $352.7 million in new long-term debt over the past three years, the company has weak interest coverage. The low Altman Z-Score of 1.45 warns the company could be in danger of going bankrupt. It may also be becoming less efficient since its assets are building up at a faster rate than revenue is growing.

The company’s profitability fared better with a 6 out of 10 rating despite having negative margins and returns on equity, assets and capital that underperform a majority of competitors. Delek is supported, however, by a moderate Piotroski F-Score of 5 out of 9, meaning that operations are typical for a stable company. Additionally, despite recording losses in operating income in recent years, the company is supported by a predictability rank of one out of five stars. According to GuruFocus, companies with this rank return an average of 1.1% annually over a 10-year period.

Holding 9.48% of its outstanding shares, Icahn’s firm has the largest stake in Delek by far. Other guru investors include

Nearly 60% of Icahn’s $24.29 billion equity portfolio, which was composed of 17 stocks as of the end of the second quarter, was invested in the industrials sector. Energy had the second-largest representation with a weight of 18.13%.

As of the end of the three months ended June 30, other energy stocks the firm held were Cheniere Energy Inc. (