GuruFocus had the pleasure of hosting another live stream featuring Brian Yacktman, this time joined by co-portfolio manager Elliott Savage.

Yacktman is the president and chief investment officer of YCG LLC, which he founded in 2007 in Austin, Texas. YCG is an active management firm that has seen assets grow from $1 million to nearly $1.3 billion as of Sept. 30, while achieving market-beating performance since its inception. YCG offers separate account management and is the adviser to the YCG Enhanced Fund (YCGEX).

Prior to starting YCG, Yacktman was an associate at

Savage has been a partner of YCG since 2012 and a portfolio manager for the YCG Enhanced Fund since the inception of the fund. Prior to joining YCG, Savage was a senior analyst at Highside Capital Management, a multibillion-dollar long-short equity hedge fund located in Dallas, Texas. Prior to joining Highside in 2003, he worked as an investment banker at Salomon Smith Barney in New York. Savage joined Salomon Smith Barney from the University of Virginia, where he was an Echols Scholar and graduated with distinction with B.A.s in both economics and cognitive science and a minor in biology.

Yacktman kicked off the presentation with a brief overview of YCG and highlighted the firm’s performance since inception. He then explained the firm’s behavioral advantages and laid the groundwork for Savage to take over with a look at finding enduring pricing power.

Savage jumped into the two key aspects of a business that has enduring pricing power in the market. The first of these he explained as network effects that can be seen throughout the firm’s portfolio of investments. As a company’s network grows, its value can continue to grow exponentially. Savage continued to explain that two companies may offer identical services, but the one with more users is able to charge a premium because of this network.

The second aspect of these types of businesses is they operate in an industry that is growing at the same rate as GDP. This allows the networks of these businesses to expand and, therefore, value is added to the business.

Savage continued to explain they then look to protect shareholders' interests with companies that have ownership-minded management teams. These teams take into consideration minority shareholders and operate their business within safe structures. This creates a sense of confidence in these investments moving forward.

The team offered many great stock examples throughout their time answering questions from the audience. Savage honed in on Ferrari NV (

RACE, Financial) as a great example of a company with a massive belief network generating great value. 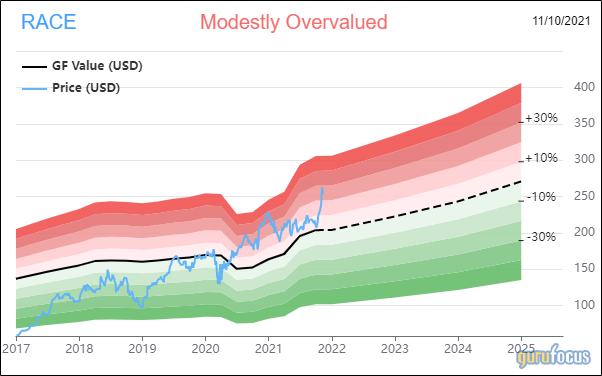 Yacktman and Savage were inundated with questions after finishing off their abbreviated presentation. One interesting question asked the duo what they think are the best businesses in their portfolio if they were to completely ignore current valuations.

MCO, Financial) and MSCI Inc. (MSCI, Financial), which was echoed by Savage. The duo explained the deep-rooted value of companies that have established themselves as key players in their markets. Both companies have also endured tough times and have come out successful on the other side.

Another question asked Yacktman and Savage if they had any interest in any of the newcomers to the market in the tech space that have been disruptive and have seen extremely high growth rates. Savage took charge and explained that these companies may seem attractive due to their growth, but he believes they are dangerous because of market mispricing. The category these companies fall in is largely overpriced and he believes that it is hard to pick the winners.

Yacktman continued to say that the newcomers to the market are dangerous, but he is more than happy to invest in companies that are long-term players in the space. They continually generate strong cash flows and are continuously expanding their networks. Competitors that are just entering the tech and cloud space are faced with high capital expenditure to compete and Yacktman believes this is too high of a barrier of entry to overcome.