The guru’s Chicago-based firm invests in undervalued small and mid-cap companies that have sustainable competitive advantages, high barriers to entry and predictable fundamentals that allow for double-digit earnings growth. Like the tortoise featured in Ariel’s logo, Rogers emphasizes that patience, independent thinking and a long-term outlook are necessary for generating good returns.

According to GuruFocus Real-Time Picks, a Premium feature, the firm dumped its 1.2 million remaining shares of The Woodlands, Texas-based tech company on Oct. 31, impacting the equity portfolio by -0.02%. The stock traded for an average price of $1.70 per share on the day of the transaction.

Established in the second quarter of 2009, GuruFocus estimates Ariel lost 75.85% on the investment over the course of its lifetime.

Providing technology solutions for the exploration, survey and defense applications in the oceanographic, hydrographic, defense, seismic and security industries through its Klein and Seamap products, the company has a $22.73 million market cap; its shares were trading around $1.65 on Thursday with a price-sales ratio of 0.91.

After peaking around $25 in 2012, the share price tumbled and has remained fairly rangebound below $5 over the past several years. 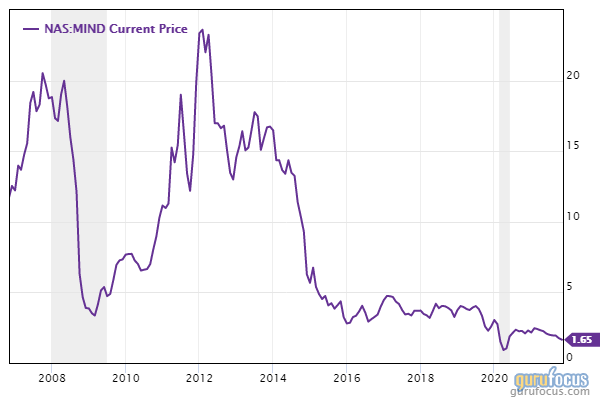 The GF Value Line suggests the stock is modestly undervalued currently based on its historical ratios, past performance and future earnings projections. 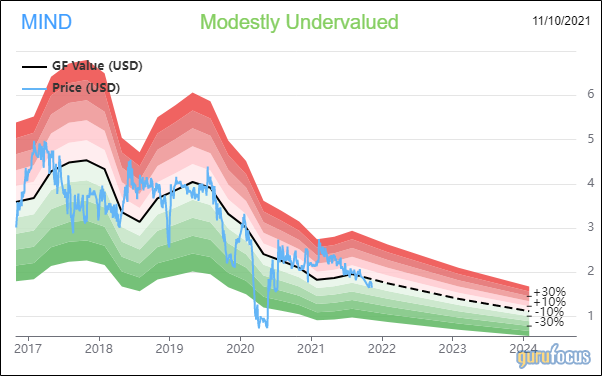 The company reported its fiscal second-quarter 2022 results, which ended on July 31, in September. MIND Technology posted a net loss of 24 cents per share on $6.8 million in revenue, which was an improvement from the prior-year quarter. 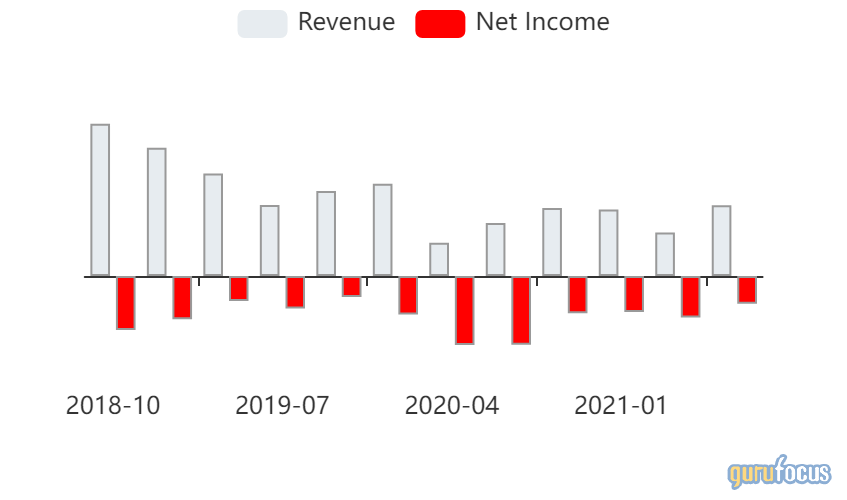 More recently on Nov. 8, the company announced a 432,000-share public offering of 9% Series A cumulative preferred stock, which was priced at $24.25 each. As is customary, underwriters were granted a 30-day option of purchasing up to an additional 64,800 shares.

Proceeds from the offering will be used on general corporate purposes like paying down debt, future acquisitions, financing of capital expenditures and additions to its working capital.

The offering will close on Nov. 12.

GuruFocus rated MIND’s financial strength 4 out of 10. While debt-related ratios appear to be good compared to other industry peers as well as versus its own history, the Altman Z-Score of -2.46 warns the company could be at risk of going bankrupt if it does not improve its liquidity. The Sloan ratio also indicates it has poor earnings quality.

The company’s profitability did not fare as well with a score of 2 out of 10. Despite having an expanding operating margin, MIND is being weighed down by negative returns that underperform a majority of competitors. It also has a low Piotroski F-Score of 3, suggesting business conditions are in poor shape. Additionally, the predictability rank of one out of five stars is on watch as a result of revenue per share declining over the past several years.

With a 9.34% stake, Rogers’ firm was by far the largest guru shareholder of MIND Technology before the sale. Now

Jim Simons (Trades, Portfolio)’ Renaissance Technologies has the largest position with 5.54% of its outstanding shares.