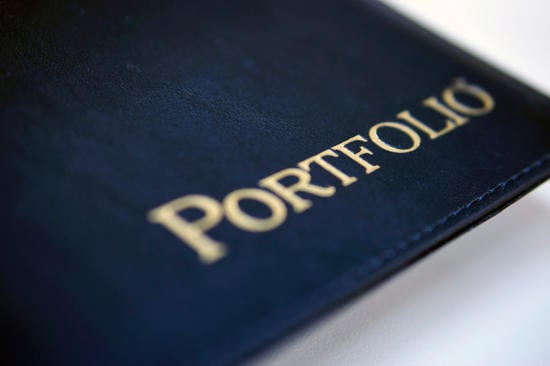 Grantham is a co-founder and member of the Asset Allocation team of Grantham, Mayo, Van Otterloo (GMO) & Co. LLC. Based in Boston, the asset management firm utilizes various long-term, value-based investment strategies that focus on risk management and diversification. Grantham is known for his success in consistently identifying and avoiding stock market bubbles, such as the Japanese market bubble in the late 1980s, the dot-com bubble in the '90s and credit markets in 2006.

During the quarter, GMO was mostly selling stocks, with its most notable sells being Slack Technologies Inc. (

GMO reported that it no longer had any of its 2,752,009-share stake in Slack Technologies Inc. (

WORK, Financial). Shares of the company traded around $44.55 apiece during the quarter. The stock previously had a 0.61% weight in the equity portfolio.

The company was acquired by Salesforce.com Inc. (

CRM, Financial) near the end of July in a cash-and-stock deal worth $27.7 billion. For each share of Slack stock owned, shareholders received $26.79 in cash and 0.0776 shares of Salesforce.

The 13F shows that GMO ended the quarter with an additional 35,188 shares of Salesforce, which is lower than the 213,555 shares it would have received from the acquisition of Slack, so it seems the firm reduced its holding of one of the stocks at some point during the quarter. GMO now owns 769,360 shares of Salesforce.

Salesforce, which Slack is now a part of, traded around $306.51 per share on Nov. 12 for a market cap of $299.60 billion. It has a financial strength rating of 5 out of 10 and a profitability rating of 6 out of 10. The GuruFocus Value chart rates the stock as modestly overvalued. 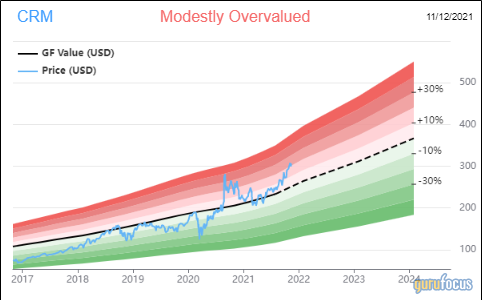 The firm reported that it no longer had its 528,033-share stake in Alexion Pharmaceuticals Inc. (

ALXN, Financial). The stock previously had a weight of 0.48% in the equity portfolio. During the three months through September, shares traded around $183.84.

Headquartered in Boston, Alexion is a biopharmaceutical company that focuses on developing medications for rare diseases that result from dysfunction of the complement system, which is a component of the immune system.

AstraZeneca does not appear on GMO’s 13F filing for the quarter.

On Nov. 12, AstraZenaca, which Alexion is now a part of, traded around 94.44 British pounds ($126.73) per share for a market cap of 146.30 billion pounds. The company has a financial strength rating of 4 out of 10 and a profitability rating of 7 out of 10. The GF Value chart rates the stock as fairly valued. 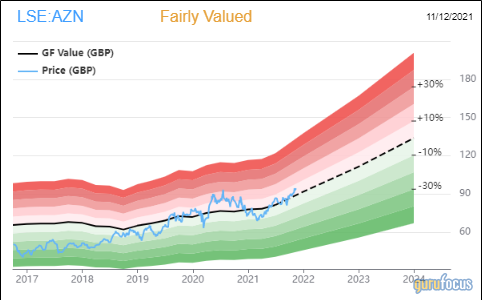 Xilinx is a semiconductor manufacturing company with headquarters in San Jose, California. It is the inventor of the field-programmable gate array (FPGA) and the developer of the first fabless manufacturing model. It primarily sells programmable logic devices.

The stock traded for about $213.80 a share on Nov. 12 for a market cap of $53 billion. The GF Value chart rates the stock as significantly overvalued. 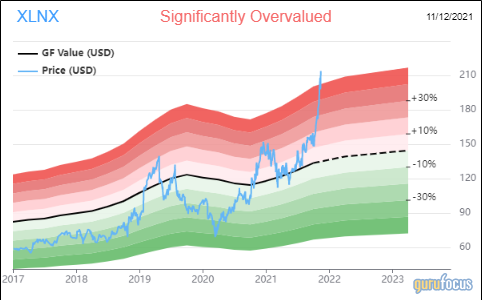 The company has a financial strength rating of 7 out of 10, driven by a high Piotroski F-Score of 7 out of 9 and a safe Altman Z-Score of 14.17. Its profitability rating is 8 out of 10. The company is a strong value creator, as shown by how the return on invested capital consistently outperforms the weighted average cost of capital by a wide margin. 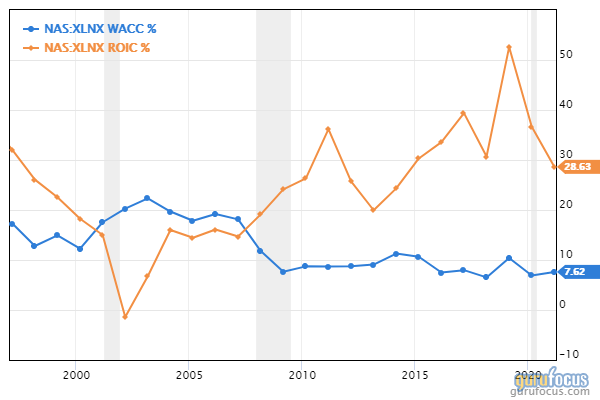 Wells Fargo is a U.S. bank major headquartered in San Francisco. It is the fourth-largest bank in the U.S. by assets. Like its peers, the bank earns most of its revenue from loans and credit cards, though it is subject to an asset cap following its fake accounts scandal back in 2016.

Wells Fargo traded for about $50.96 a share on Nov. 12 for a market cap of $203.15 billion. The GF Value chart rates the stock as modestly overvalued. 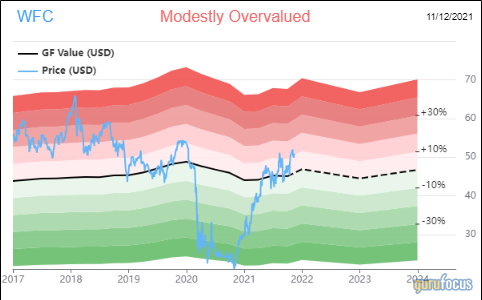 The company has a financial strength rating of 3 out of 10. The cash-debt ratio of 1.52 and debt-to-equity ratio of 0.93 are higher than the medians for the banking sector. Its profitability rating is 5 out of 10. Return on equity and return on assets have recovered to pre-pandemic levels and are about average for a bank. 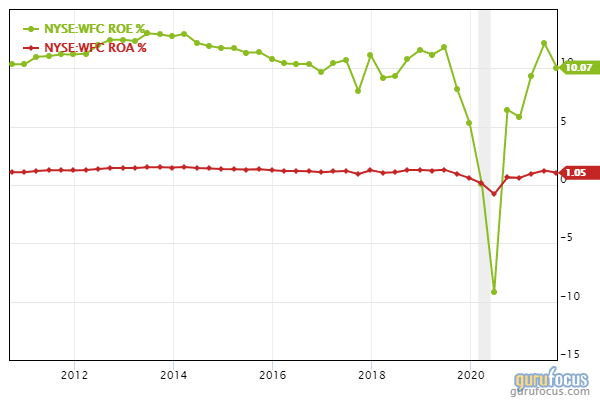 At the end of the third quarter, the firm held common shares in 704 stocks valued at a total of $20.05 billion. The top holdings were Microsoft Corp. (

The turnover for the period was 14%. The sectors with the highest weighting in the portfolio were technology, health care and financial services.