Buying stocks may be a sound means of overcoming rising inflation 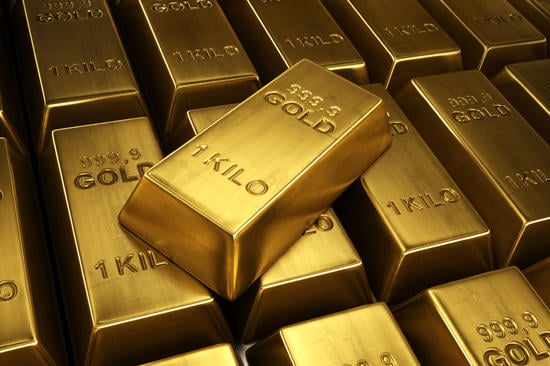 October’s inflation reading of 6.2% is the highest level recorded in 31 years. As a result, some investors may understandably feel that protecting their portfolio from a rapidly rising price level has become an increasingly important priority.

This may lead them to consider purchasing gold. Indeed, the price of the precious metal has surged by 8% in the past seven weeks. Rising demand seems to have coincided with higher inflation due to gold’s reputation as a store of wealth. This, according to some investors, means that it has the potential to maintain its purchasing power even in times where heightened levels of inflation are present.

However, buying gold in response to rising inflation may not be a prudent move. The precious metal’s recent price increase may be more closely linked to speculation based on the anticipated future path of inflation, rather than a rise in demand for the jewelry it produces or its other varied industrial uses.

As with any asset that relies on speculation to justify a rising price level instead of being based on a growing intrinsic value, the price of gold may prove to be highly volatile and subject to significant change depending on economic data. For example, it would be unsurprising for gold’s recent gains to quickly reverse should current heightened levels of inflation prove temporary.

In my view, a more logical means of seeking to overcome rising inflation is to buy and hold companies that can pass higher input costs through to customers via rising prices. Businesses that are able to achieve this aim can maintain margins and continue to grow profit at a generous pace – even if inflation remains at heightened levels.

Such companies may include those with wide economic moats. For example, some consumer goods companies may enjoy a high degree of customer loyalty resulting from their strong brands. Meanwhile, other companies in a variety of sectors may have unique products that cannot be replicated, or substituted, easily. This may allow them to charge increasing prices instead of being required to absorb higher input costs.

Moreover, stock prices are closely linked to a company's intrinsic value instead of speculation. They represent a part of a real business that has the capacity to generate rising profits and cash flow that can help justify a rising share price – even in a range of economic conditions. By contrast, gold could be viewed as a speculative play based on the recent rise in inflation persisting over the coming months.

“I have no views as to where it (gold) will be, but the one thing I can tell you is it won't do anything between now and then except look at you," he said. "Whereas, you know, Coca-Cola (

Clearly, the gold price could rise further in the short run. However, it is likely to be closely linked to inflation figures. This means, unlike a strategy of buying high-quality companies when they trade at fair prices, it is more akin to speculation than investing. As such, it may not be the most prudent means of seeking to overcome higher inflation.