The value investor is building the holdings of his favorite stocks 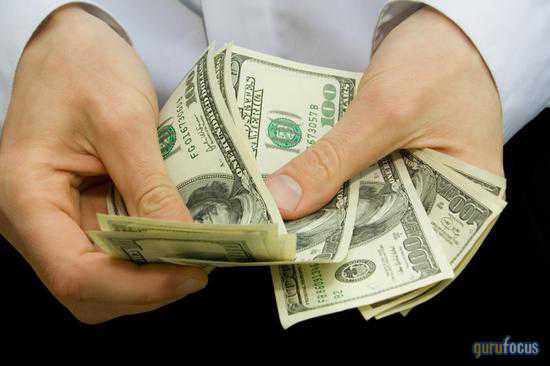 Glenn Greenberg (Trades, Portfolio) is one of my favorite investors. I first stumbled across this fund manager and his hedge fund, Brave Warrior Advisors, several years ago after reading an article about his investment process.

Greenberg's approach to valuation immediately resonated with me. He used a modified technique of a discounted cash flow analysis. Rather than using prevailing risk-free interest rates, Greenberg preferred to use a double-digit hurdle rate to add in a substantial margin of safety.

It's possible this approach may have changed in the years since. Markets change, investors change and so can their strategies. However, based on Brave Warrior's latest 13F reports, it does not seem like the other core component of his strategy has changed, and that is Greenberg's willingness to take substantial, concentrated positions when he finds an asset that he believes to be significantly undervalued.

According to the hedge fund's latest 13F, which details its holdings at the end of September 2021, the top two holdings in the portfolio accounted for 32% of assets. The top five holdings made up 60% of assets.

ANTM, Financial). Now accounting for around 18% of the equity portfolio, Greenberg and his team increased the size of this holding by around 20% during the quarter.

FNF, Financial). At the end of September, this accounted for 14% of assets. The hedge fund increased its position by 40% during the quarter, taking it from being the fifth-largest to second-largest holding.

At the same time, Brave Warrior reduced its holding in Aon (

AON, Financial), which was the second-largest holding at the end of June, by 91%. After a 44% increase in the value of the equity between the beginning of 2021 and the end of September, it looks as if the hedge fund manager might have been taking profits. The stock has been a top three holding for the portfolio since the third quarter of 2020.

A closer look at Fidelity

Fidelity looks to be a highly successful, if not very complex, organization. It is a holding company for a group of businesses that provide title insurance, escrow and other title-related services.

Title insurance is one of those obscure financial services that does not make headlines but fulfills a vital need in a large market. It protects homebuyers against losses due to defects in title. These defects could be anything from lost documents to illegal home repairs carried out by previous owners.

For the most part, the insurance business is a tricky place to operate. If companies do not have an edge, either through access to information, which allows better underwriting, or economies of scale, they can struggle to operate profitably.

Fidelity's edge is its size and market share. It has a 34% market share of the title insurance market. What's more, this market is highly regulated and controlled. States and regulators have strict limits on which firms can operate in the market. The controls are so stringent that just two companies control 50% of the country's overall market. There are not many sectors that have so much concentration.

The group also sells annuities and life insurance. It recently completed its first pension risk transfer deal, and this could become a significant market as companies seek to shift pension risk of their balance sheets. Once again, this is not a sector where any company can just set itself up and try to win market share. Pension managers are highly regulated and tightly controlled. It is also a scale and experience business, which gives Fidelity the edge.

Despite these competitive advantages, the stock is selling at a forward price-earnings ratio of just 8.7 and an enterprise-value-to-Ebitda ratio of 3.1. These multiples seem desperately cheap for a company with a 34% market share of a highly regulated industry.