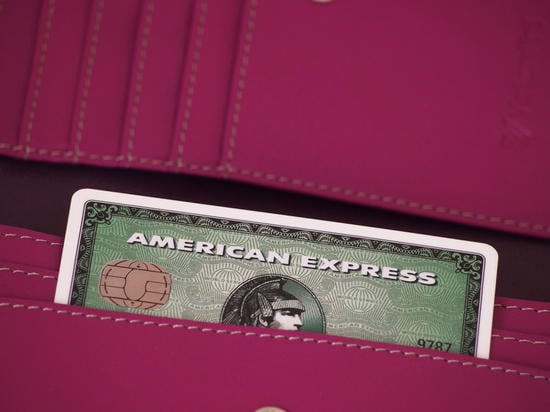 At the time, he also made an agreement with American Express Co. (

As Buffett later explained in one of his letters to investors, this security was "essentially a common stock that featured a trade-off in its first three years: We received extra dividend payments during that period, but we were also capped in the price appreciation we could realize."

Before the issue was due to convert in August 1994, Buffett explored the option of selling the stock upon conversion.

It's quite interesting to see the reasons why the CEO of Berkshire Hathaway was considering taking this action.

He later explained the business was facing "relentless competition" from a multitude of competitors led by Visa Inc. (

This is where the story becomes interesting. Buffett explained that around the time he made this decision, he played golf with the CEO of Hertz (

HTZ, Financial), Frank Olson, who had an "intimate knowledge of the card business."

Buffett said he quizzed the executive about the industry throughout their session and "by the time we reached the second green, Frank had convinced me that Amex's corporate card was a terrific franchise, and I had decided not to sell."

Buffett went on to add that "on the back nine I turned buyer, and in a few months Berkshire owned 10% of the company."

Today, Berkshire's interest in American Express is worth $25 billion and it is the second-largest holding in the group's $300 billion equity portfolio.

This story contains some interesting lessons for investors. The biggest takeaway is the fact that even Buffett cannot learn everything there is to know about its business through its financial statements.

This approach worked well in the 1950s and '60s for the Oracle, when he was looking for deep-value stocks. Back then, finding undervalued equities was relatively easy. All he had to do was buy stocks trading at a discount to their net liquidation value and wait for the market to do the rest.

However, finding quality investments requires a different skillset altogether. To find these investments, one must understand where the competitive advantage lies, and the best way of doing that is to talk with competitors and customers.

Fisher believed the best way of conducting due diligence into a company and its prospects was to talk to all stakeholders involved with the enterprise. This included customers, competition, suppliers and even employees.

This is quite straightforward for a billionaire like Buffett. He has the time and contacts to develop the relationships required. Not many individual investors can go and play golf with the CEO of a major corporation when analyzing potential investments.

Still, this does not mean the average investor can't use the scuttlebutt method, although it does require additional effort.

We have to play to our strengths and use the resources at our disposal effectively. That means leveraging what we can discover online, offline and through financial reports. It may take more time and effort to acquire the information as it won't be possible to get it all in one go from a CEO, but we have to work with what we have.

And if we cannot use these resources to establish whether or not a company has a sustainable competitive advantage, then it may be best to avoid the company altogether.

I am/we are Long BRK.B
The views of this author are solely their own opinion and are not endorsed or guaranteed by GuruFocus.com
Rating: 5 / 5 (1 votes)
Bookmark