David Abrams Snuggles Up to Tempur Sealy in 3rd Quarter

Guru also reveals positions in Coupang and US Century Bank 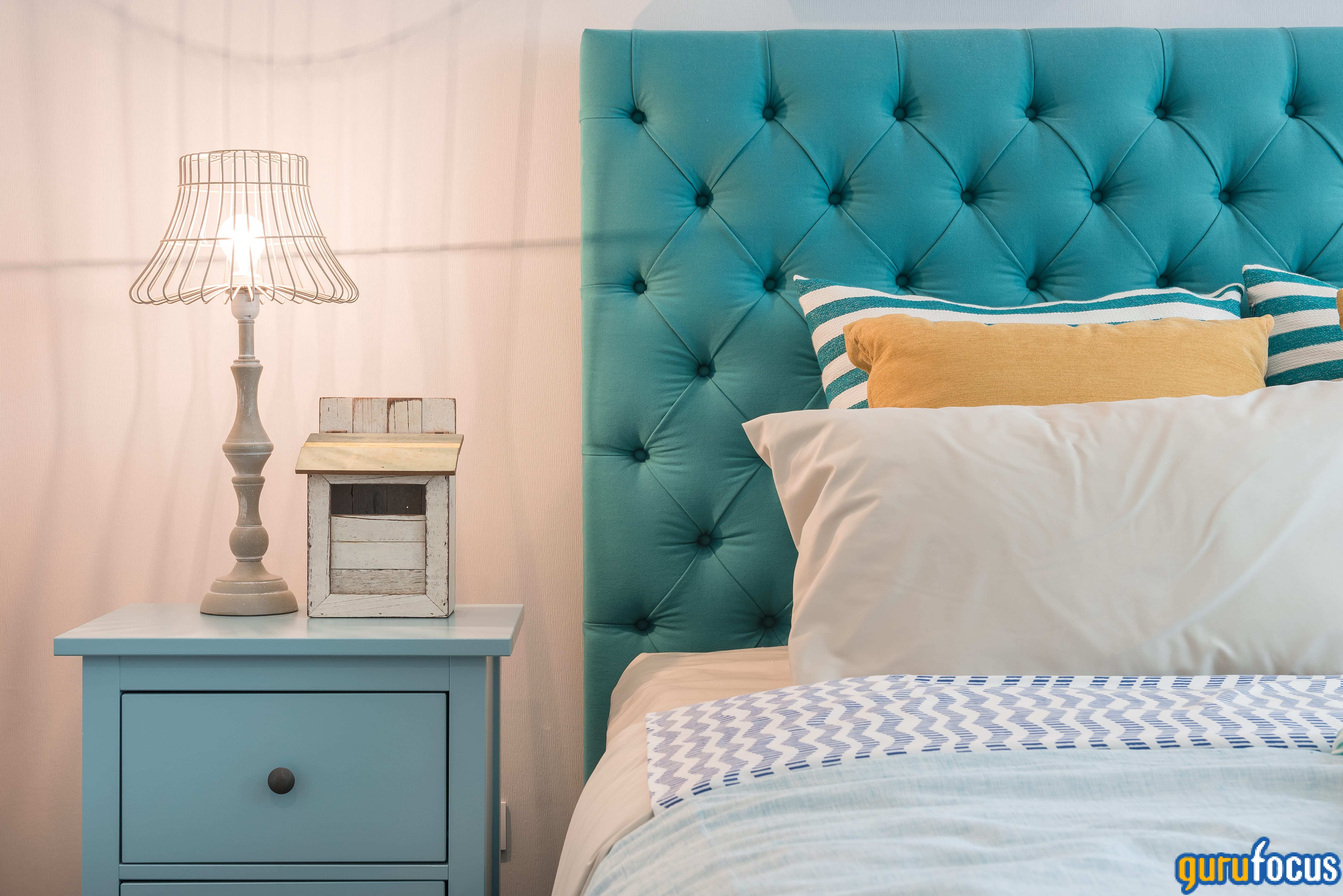 The former protégé of

Seth Klarman (Trades, Portfolio) takes a fundamental, value-oriented approach to stock picking, investing in a fairly concentrated number of securities. His Boston-based firm seeks to identify long-term opportunities among a wide variety of asset types in both foreign and domestic markets. He also prefers companies in which the CEO has a significant stake, or where the executive's salary is primarily stock-based.

Keeping these criteria in mind, the guru made several changes to his equity portfolio during the three months ended Sept. 30. Among Abrams’ trades were new stakes in Tempur Sealy International Inc. (

TPX, Financial), allocating 3.64% of the equity portfolio to the stake. The stock traded for an average price of $43.70 per share during the quarter.

The Lexington, Kentucky-based company, which manufactures mattresses and bedding products, has an $8.5 billion market cap; its shares were trading around $44.17 on Monday with a price-earnings ratio of 15.5, a price-book ratio of 23.49 and a price-sales ratio of 1.98.

The GF Value Line, which takes historical ratios, past performance and future earnings projections into consideration, suggests the stock is modestly overvalued currently. 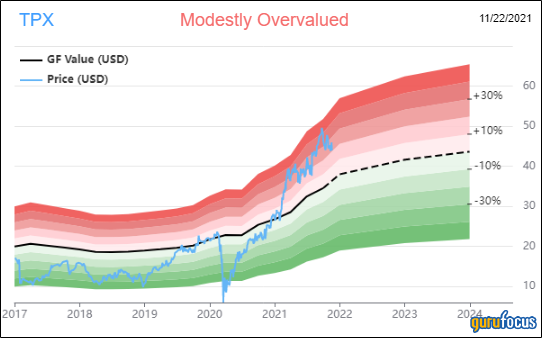 GuruFocus rated Tempur Sealy’s financial strength 4 out of 10. In addition to adequate interest coverage, the company has a high Altman Z-Score of 3.74 that indicates it is in good standing. The return on invested capital is also eclipsing the weighted average cost of capital, indicating value is being created as the company grows.

The company’s profitability scored an 8 out of 10 rating, driven by operating margin expansion, strong returns on equity, assets and capital that top a majority of competitors and a high Piotroski F-Score of 7 out of 9, indicating business conditions are healthy. As a result of consistent earnings and revenue growth, Tempur Sealy has a predictability rank of three out of five stars. According to GuruFocus, companies with this rank return an average of 8.2% annually over a 10-year period.

Abrams now has the largest stake in Tempur Sealy with 1.87% of its outstanding shares. Other top guru investors are

The investor picked up 4.4 million shares of Coupang (

CPNG, Financial), dedicating 2.68% of the equity portfolio to the position. Shares traded for an average price of $34.58 each during the quarter.

The stock, which began trading in the U.S. market in March, has tumbled over 40% since then. 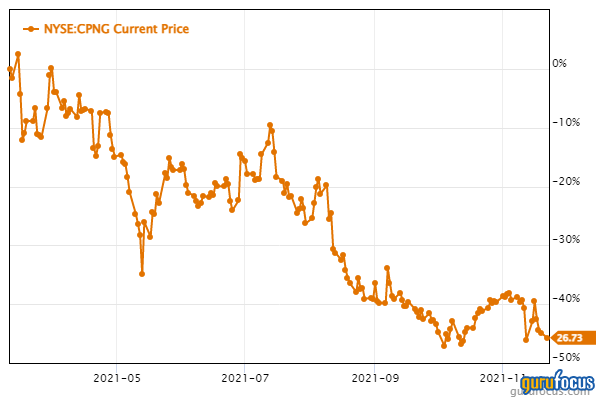 Coupang’s profitability was rated 5 out of 10 by GuruFocus. The company is supported by a high Altman Z-Score of 5.62, but negative margins and returns that underperform a majority of industry peers weight it down.

Of the gurus invested in Coupang,

USCB, Financial), giving it 0.23% space in the equity portfolio. The stock traded for an average per-share price of $11.93 during the quarter.

The regional bank headquartered in Doral, Florida has a $287.43 million market cap; its shares were trading around $15.32 on Monday with a price-book ratio of 1.43 and a price-sales ratio of 11.1.

Since its public debut in July, the stock has climbed nearly 42%. 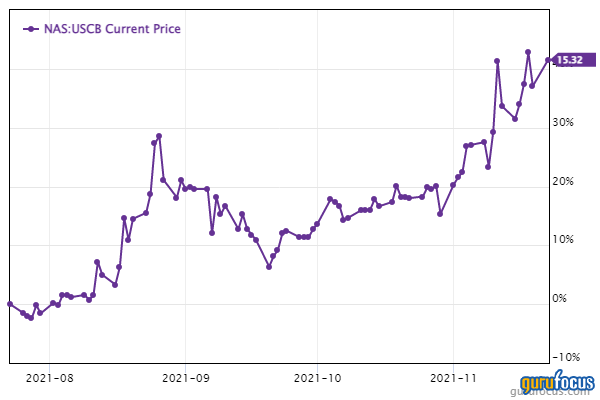 GuruFocus rated U.S. Century Bank’s financial strength 3 out of 10 and its profitability 1 out of 10.

Abrams is currently the only guru invested in the stock with 4.58% of its outstanding shares.

With an impact of 0.23% on the equity portfolio, Abrams upped his Change Healthcare (

He now holds 16.9 million shares total, which account for 7.75% of the equity portfolio and is his sixth-largest holding. GuruFocus data shows Abrams has lost an estimated 10.62% on the investment over its short lifetime.

The Nashville, Tennessee-based health care technology company, which provides revenue, payment cycle management and clinical information exchange solutions, has a market cap of $6.41 billion; its shares were trading around $20.59 on Monday with a price-book ratio of 1.96 and a price-sales ratio of 1.98.

According to GuruFocus, the stock has gained 37.03% since its initial public offering in June of 2019. 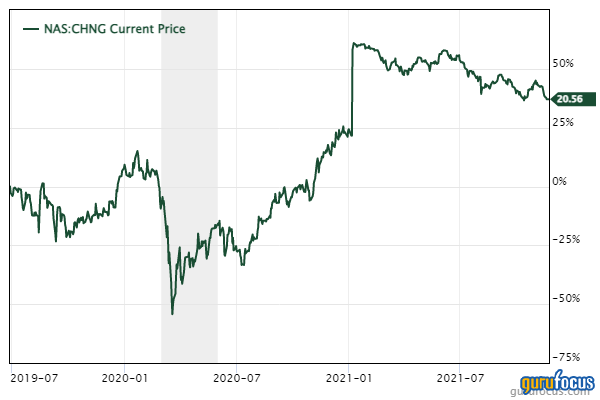 Change Healthcare’s financial strength was rated 3 out of 10 by GuruFocus on the back of weak interest coverage and a low Altman Z-Score of 0.83 that warns it could be at risk of going bankrupt. The WACC also overshadows the ROIC, so the company is struggling to create value.

The company’s profitability fared even worse with a 1 out of 10 rating. While Change Healthcare has negative returns that underperform a majority of competitors, the moderate Piotroski F-Score of 5 indicates operations are stable.

Impacting the equity portfolio by 4.79%, the guru dumped all 21.2 million shares of PG&E (

PCG, Financial). During the quarter, shares traded for an average price of $9.45 each.

GuruFocus estimates Abrams lost 32.21% on the investment, which was established in the first quarter of 2019.

Headquartered in San Francisco, the utility company has a $27.77 billion market cap; its shares were trading around $12.32 on Monday with a price-book ratio of 1.21 and a price-sales ratio of 1.27. 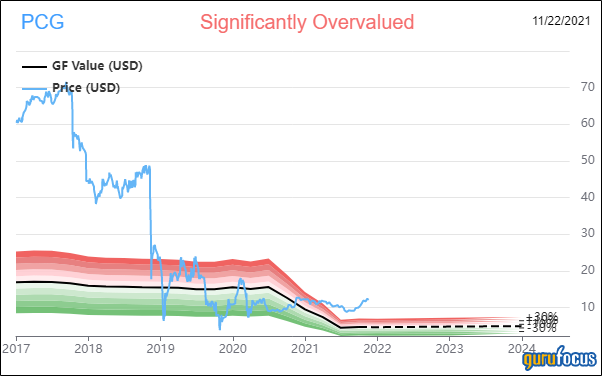 GuruFocus rated PG&E’s financial strength 3 out of 10. As a result of the company issuing approximately $19.3 billion in new long-term debt over the past three years, it has weak interest coverage. The Altman Z-Score of 0.26 warns that the company could be in danger of bankruptcy. The Sloan ratio also indicates the company has poor earnings quality.

The company’s profitability fared better with a 5 out of 10 rating. Although the operating margin is expanding, PG&E’s returns are negative and underperform a majority of industry peers. It also has a moderate Piotroski F-Score of 5, meaning conditions are typical for a stable company. Despite recording losses in operating income and declines in revenue per share in recent years, the company still has a one-star predictability rank. GuruFocus says companies with this rank return an average of 1.1% annually.

Abrams did not make any other changes to his holdings. As of Sept. 30, his five largest positions are Lithia Motors Inc. (

Over 35% of the guru’s $4.59 billion equity portfolio, which is composed of 18 stocks, is invested in the consumer cyclical sector, followed by smaller representations in the communication services (17.46%) and industrials (15.26%) spaces.

I/we have no positions in any stocks mentioned, and no plans to initiate any positions within the next 72 hours.
The views of this author are solely their own opinion and are not endorsed or guaranteed by GuruFocus.com
Rating: 3 / 5 (1 votes)
Bookmark