Pershing Square Goes Back to Basics With a Buffett-Esque Strategy 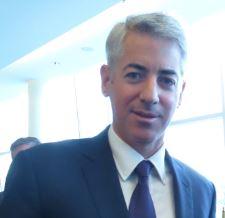 Bill Ackman (Trades, Portfolio), is probably not the first firm people think about when discussing long-term investing. However, the hedge fund has generated market-beating returns over the past few years by pursuing a slow and steady approach.

As other hedge funds have been buying and selling new positions this year, Pershing Square has sold just two holdings while adding just one to the portfolio, which currently contains six investments. The rest of the trades completed throughout the first nine months of 2021 were small additions or reductions to existing holdings.

According to the performance figures for the publicly traded Pershing Square Holdings, Ltd. (

LSE:PSH, Financial), the portfolio has returned 27.1% gross for the year to the end of October.

Ackman posted a 70.2% return in 2020 following a 58.1% return in 2019, although a large part of the returns earned in 2020 were due to credit default swaps the hedge fund astutely purchased and then sold at the height of the pandemic.

Today, the largest holding in the portfolio is Lowe's Companies Inc. (

LOW, Financial). It has a near 22% portfolio weight. The portfolio manager has had some association with this company since the third quarter of 2011, so we can assume he knows the business relatively well.

According to 13F filings, Pershing Square hiked its holdings in Lowe's by more than 40% in the first quarter of 2020, possibly reinvesting its credit default swap profits back into a position it knew well.

QSR, Financial) also saw a 67% increase in the value of its holdings. This is another long-term investment for Ackman. He has owned a position in the stock since the fourth quarter of 2014. That is a long time in the hedge fund world.

HLT, Financial), another top-five position, was boosted by 30% in the first quarter of 2020. The hedge fund has owned a position here since the fourth quarter of 2018.

DPZ, Financial) is the only holding that has been added this year and is so far the smallest in the six-position portfolio with an 11% portfolio weight. The holding is worth just under $1 billion.

Ackman's most considerable position adjustment at the beginning of the pandemic was Howard Hughes Corp. (HHC). It appears as if he hiked his position here by 460%, or 10 million shares, as the stock dropped from $130 per share to around $50. The hedge fund has owned this company since the fourth quarter of 2010.

Ackman learned a lot from

Warren Buffett (Trades, Portfolio) in the early years of his career, and we can see some elements of Buffett's strategy in the way he is managing his hedge fund today.

BHC, Financial), Ackman vowed to go back to the basics. It appears as if that is what he has done. He is concentrating on a few core investments that he knows well and selectively increasing holdings when valuations appear attractive. As Pershing Square's returns show, this long-term focused strategy is yielding results.

It shouldn't come as a surprise that long-term focused investing does achieve results. It is a strategy Buffett and

Charlie Munger (Trades, Portfolio) have been advocating for decades, but it is rare in the hedge fund world.

The easiest way to reduce risk in an investment opportunity is through research, and there is no better way to understand a business than owning it for several years. This research appears to have given Ackman the confidence to double down on his positions at the beginning of the pandemic. The results of this strategy speak for themselves.