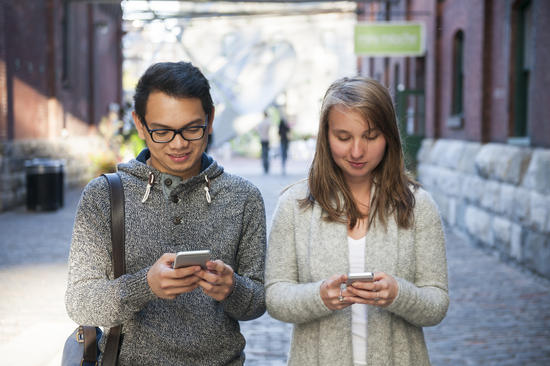 SE, Financial) was founded in 2009, during the depths of the Great Recession, by CEO Forrest Li, a Stanford graduate. It started off as a video gaming company, dovetailing with Li’s passion. The company’s first product, Garena, was a portal for accessing video games and a platform for gamers to communicate with one another. Since then, the company's growth has exploded from its humble beginnings, and it has become a gaming powerhouse, e-commerce giant and digital payments platform. Moreover, high growth could well continue as the company aims to become the next "super app."

HKSE:00700, Financial) Riot Games gave Garena the exclusive rights to distribute its hit League of Legends for the South East Asian market (Indonesia, Singapore, Thailand, Vietnam, Malaysia, Philippines and Taiwan) in 2010, which proved to be a turning point and paved the way for hyper growth in the decade to follow.

In 2017, Garena moved beyond just being a publisher for third-party content by developing its first in-house game, Free Fire, which has been a breakaway international hit. The game has broken a number of records, achieving the second-highest average monthly active users (MAUs) among mobile game on Google Play globally, becoming the highest grossing mobile game in South East Asia and Latin America for the past nine consecutive quarters, the highest grossing mobile game in India for the past four quarters and the second-highest grossing Android game in the United States. Free Fire currently counts a staggering 729 million quarterly active users, and Garena is easily the number one gaming company in South East Asia.

Sea Limited took its first steps to move beyond gaming as early as 2014. The company unveiled a digital payments product called Airpay (later rebranded to SeaMoney), which offered e-wallet services, payment processing, micro-lending and integrated digital financial services in a region in which 73% of the population remains largely underbanked. This was followed in 2015 with the company’s most important move to date - the launch of its e-commerce platform Shopee.

Shopee has come from behind to displace early market leaders Lazada and Tokopedia in terms of downloads across every country in the region. From a standing start in 2015, Shopee has already booked $56.3 billion in gross merchandise value (GMV) over the past 12 months, with year-over-year GMV skyrocketing over 81% as per Q3 2021 results. Shopee’s GAAP revenue is up an even higher 134%, as Sea gradually monetizes more of its e-commerce business, which has so far grown through the use of generous subsidies. These early subsidies helped attract both buyers and sellers to the platform and helped Shopee capture market share away from its competitors.

A total of $4.6 billion in mobile wallet total payment volume (TPV) was transacted in Q3 2021, up 111% as more and more Shopee users are using SeaMoney to make purchases on the e-commerce platform. As of July 2021, management noted that over 45% of Shopee orders in Indonesia were made using the SeaMoney mobile wallet.

Management believes that SeaMoney’s increasing growth and penetration could pave the way for a more comprehensive financial services platform down the road, in a region where much of the population remains underbanked. In January 2020, Sea applied for a digital banking license in Singapore, the only player in the region going at it alone, and the company was awarded one of the five such licenses on offer in December that year.

In late 2017, Sea Limited listed on the New York Stock Exchange, and has seen a stunning 1770% return since its IPO. No wonder Tiger Global’s

Chase Coleman (Trades, Portfolio) gives the stock a 6.38% portfolio weight. Also, Tencent, the strategic super investor, has an equity stake in the company, which stands at about 22.9% of shares outstanding.

A 'Super App' is born

With businesses as diverse as gaming, e-commerce and payments under its roof, the company in many a sense is reminiscent of both Tencent (which started with video games) and Alibaba (which began with e-commerce), and when combined with the size of South East Asia and the other emerging markets it plays in, the opportunity presented is quite large.

Sea’s Free Fire mobile game has catapulted the company to international prominence. The exclusive rights to adapt and distribute many foreign games for the South East Asia market positions Garena not just as a leading distributor, but also makes it much more valuable than a typical game publisher, and the proof is in the pudding; Garena’s revenue growth has surpassed many of the large video game publishers.

Garena’s effective doubling of revenue year over year hasn’t just been driven by new active users joining Free Fire and the Garena platform. Sea has demonstrated that it does understand how to monetize this business, as paying active users jumped by 42.7% while active users went up 27.4% quarter over quarter.

Like Fortnite and Roblox, Free Fire also belongs to the metaverse genre of games, which could present even larger opportunities down the road for Free Fire to become a separate platform for the company altogether. Given the company’s youth and the fact that Sea hit a grand slam with its first in-house effort, it’s also quite possible that Garena can come up with a second act to Free Fire in the next few years.

With its combination of asset-light e-commerce and digital payments, Shopee seems to be modeling itself after Alibaba (

BABA, Financial). Just as Alibaba has come to dominate the Chinese e-commerce scene, Shopee has built the fastest-growing and leading -ecommerce platform in South East Asia in just the past five years, overcoming tough competition from incumbents. The platform now sees an average of 342 million visits a month in the region, more than double that of its closest competition, which sees 137 million visits a month. Sea Limited has been very adept at making sure they adhere to diverse local tastes across the region, giving them a protective moat from foreign entrants such as Amazon (AMZN, Financial) and Alibaba. This highly localized approach has helped it win over hearts and minds in the markets it operates in.

“Look at the basic food groups of life: entertainment, retail/consumption, payments/financial services… and food… That’s a big chunk of GDP right there… the human needs are there for technology to be applied to solve basic problems. As long as that’s there, we’ll be working hard to try and solve those problems for people.”

Sea Limited’s impressive performance needs to be put in context – it’s being achieved in one of the fastest growing markets in the world, and does not even take into account the company’s expansion into other emerging markets. Sea's core South East Asian territories were estimated to have 677 million people and over $3 trillion in GDP in 2021, compared with China's population of 1.4 billion and GDP of about over $15 trillion.

Part of the reason why Sea’s potential upside is huge is just how underpenetrated South East Asian e-commerce is today. Out of the region’s 677 million population, there are only 400 million Internet users today, but internet adoption and engagement are growing fast, especially on mobile. Of those 400 million internet users, 329 million order goods online today, meaning over 50% of the region is yet to be penetrated. These market dynamics are likely how Shopee was able to leap ahead of the incumbents in such a short period of time. Its aggressive, subsidy heavy customer acquisition strategy the right approach in an ever growing and ever shifting market.

This does not account for Sea’s forays beyond South East Asia. In 2019, the company entered Latin America, a continent with roughly the same population and GDP as South East Asia. The company has seen good traction in Brazil, Latin America’s largest market, in the last two quarters, along with an increase in take rates. Shopee ranked first in downloads and time spent of any mobile app in Brazil, and second in terms of MAUs. The platform also launched in Mexico in February 2021 and has launched in Chile and Colombia this year.

Unlike South East Asia, Shopee has to contend with local e-commerce juggernaut MercadoLibre (

MELI, Financial) in the region. Like South East Asia however, Latin America remains heavily underpenetrated, providing the company with an opportunity to become a strong second player in the market. As seen from MercadoLibre, digital payment services tied to an e-commerce platform can be a huge business down the road, especially in regions where financial services and digital payments aren’t quite as developed.

Sea’s most recent foray is its entry into India, where Garena’s Free Fire is already a massive hit. India has a huge population of 1.38 billion, but its GDP is lower than both South East Asia’s and Latin America’s at just over $3 trillion. However, India’s economy and its digital economy is expected to grow by leaps and bounds going forward, presenting Sea with a massive total available market (TAM) opportunity. The Indian e-commerce market is more competitive than both South East Asia’s and Latin America’s, with Amazon and local players Flipkart and Snapdeal having a strong foothold in the country.

While both the LATAM and Indian markets are more competitive as compared to South East Asia with a host of established players, I think Sea should still be able to carve out its own respectable market share in these regions thanks to its gaming popularity and past success. In other words, these new geographies can expand TAM by at least twofold.

I think the opportunity is better assessed by looking at comparable leading businesses in China, and then adjusting for South East Asia’s smaller GDP. At its height in late 2020, Alibaba had a market cap of roughly $850 billion, though regulatory concerns have since caused the stock to drop. South East Asia does not suffer from the same regulatory risks at the moment, and as long as the company continues to execute as well as it has over the past few years, I think it could become a $400 $500 billion market cap company within the next five years. These estimates don’t take into account any extra contribution from Latin America or India.

Stanley Druckenmiller (Trades, Portfolio), has over 33% of his firm Tekne Capital’s portfolio in Sea. While the stock has made strong gains year to date, its $160 billion market cap could still march higher in the years ahead if it continues to grow its revenue and makes steps towards profitability.
Also check out:

I am/we are Long SE
The views of this author are solely their own opinion and are not endorsed or guaranteed by GuruFocus.com
Rating: 5 / 5 (4 votes)
Bookmark