So Far, Joe Biden Leads All Presidents in Market Performance

The market slide on Nov. 26, if sustained, could change the numbers rapidly 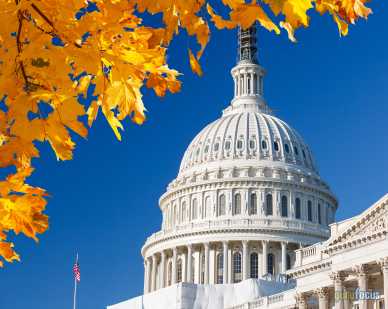 We’re in the early days, of course. Biden hasn’t served a full year yet. And the market slide on Nov. 26, if sustained, could change the numbers rapidly.

Either the raw number or the annualized number would put Biden at the top of the charts. Preceding Biden, Bill Clinton was on top, at 17.49% per year. Barack Obama was second at 16.25% and Donald Trump third with 15.95%.

For these calculations I use the Standard & Poor’s 500 Total Return Index, measured from Inauguration Day to the last full day of a president’s term.

Some people say the starting point isn’t fair, since a new president influences policy and the public mood beginning on Election Day or even sooner.

But I think it’s the best method. After all, if an outgoing president invaded Cuba or imposed wage-and-price controls, that would move the markets, whether the new president agreed with the policy or not.

Here’s how Biden and the 15 previous presidents stack up, ranked by annualized stock market returns.

One conclusion that jumps out at you is Republicans and Democrats both have big winners and losers. The top three spots in the table are occupied by Democrats. But Democratic icon John Kennedy ranks near the bottom, as does Lyndon Johnson, architect of the Great Society programs.

Among Republicans, Donald Trump, Gerald Ford and Dwight Eisenhower have terrific numbers. But Richard Nixon, George W. Bush and Herbert Hoover bring up the rear – the only three with negative returns.

Why has Biden done so well, so far? Part of the answer is lucky timing. Scientists brought out a vaccine for Covid-19 shortly after he took office. That was a big plus for the markets.

Passage of an infrastructure bill also gave the stock market a shot in the arm. Spending on roads, bridges and internet superstructure should add to demand for many companies.

Biden’s polling numbers, however, hint that the market’s strength from January to November may not last. His approval rating lately has been near 43%, down from about 55% in the first days of his administration. Markets prefer strong presidents, regardless of party.

Whether the market continues to perform well depends in part on unclogging the nation’s ports, combatting the current labor shortage and containing the latest variant of the coronavirus.

To tilt the odds in your favor, it may help to try to guess how Biden’s policies will affect the market in the next three years.

I believe Biden will continue to push vigorously for infrastructure spending, following up on passage of the recent infrastructure bill. Possible plays here include Sterling Construction Co. (

He will, I believe, press for increasing access to health care, though nowhere near as fast as his party’s left wing wants. That bodes sell, I think, for pharmaceutical companies such as Merck & Co. Inc. (

Biden’s reappointment of Jerome Powell as head of the Federal Reserve probably means that interest rates will rise, but slowly. That should help financial stocks, notably banks such as JPMorgan Chase & Co. (

So far, Biden has continued Trump’s hard line on trade with China. Lately, JPMorgan has been writing that a thaw in the frosty U.S.-China trade relationship is less of a long shot than people think.

If they’re right, I think some beneficiaries could be agricultural commodity companies such as Archer Daniels Midland Co. (

I am/we are Long AAPL,NUE and STRL.
Disclosure: I own Apple, Nucor and Sterling Construction personally and for most of my clients. I own Fluor, J.P Morgan, Merck and Pfizer for one or more clients.
The views of this author are solely their own opinion and are not endorsed or guaranteed by GuruFocus.com
Rating: 2 / 5 (2 votes)
Bookmark