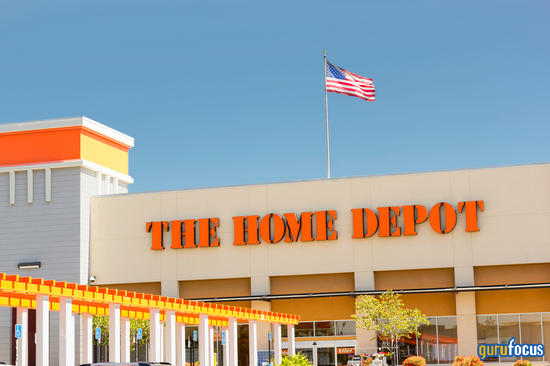 Diamond Hill Capital (Trades, Portfolio) recently disclosed its equity portfolio updates for the third quarter of 2021, which ended on Sept. 30.

The firm was founded in 2000 and has its headquarters in Columbus, Ohio. It identifies itself as an independent investment management firm with a long-term focus based on fundamental, ground-up analysis of a company’s intrinsic value, as determined by factors such as market position, competition, management, valuation and growth prospects. The funds focus on buying undervalued companies that have a solid and proven foundation for revenue production.

Based on its latest 13F filing, the firm’s top buys for the quarter were for The Home Depot Inc. (

HD, Financial) after selling out of its previous holding of the stock in the fourth quarter of 2018. The stock now has a 1.51% weight in the equity portfolio, and shares traded for an average price of $328.29 during the quarter.

Home Depot is the largest home improvement retailer in the U.S., supplying a wide variety of tools, construction materials, pre-constructed home fixtures and related services. Based in Atlanta, the company has over 2,200 stores throughout the U.S., Canada and Mexico. 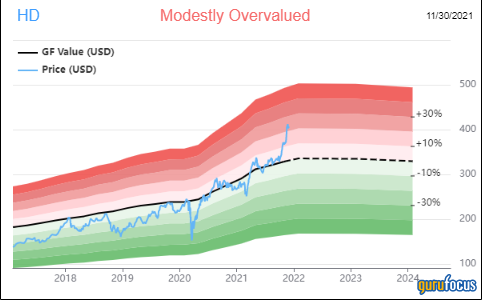 The company has a financial strength rating of 5 out of 10; while the cash-debt ratio is low at 0.11, the interest coverage ratio of 16.6 shows the company should be able to keep making the interest payments on its debt. The profitability rating is 9 out of 10. The three-year revenue per share growth rate is 12.9%, while the three-year Ebitda per share growth rate is 10.8%. 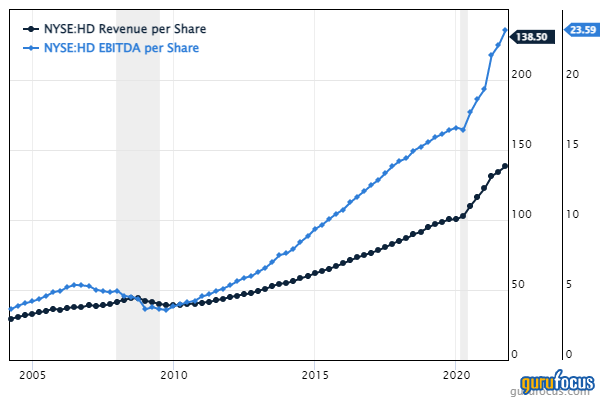 NDAQ, Financial), giving the stock a portfolio weight of 0.77% at the average price of $188.81 per share for the third quarter.

On Nov. 30, shares of Nasdaq traded around $207.53 for a market cap of $34.68 billion. The Peter Lynch chart shows the stock to be trading above both its fair value and its median historical valuation. 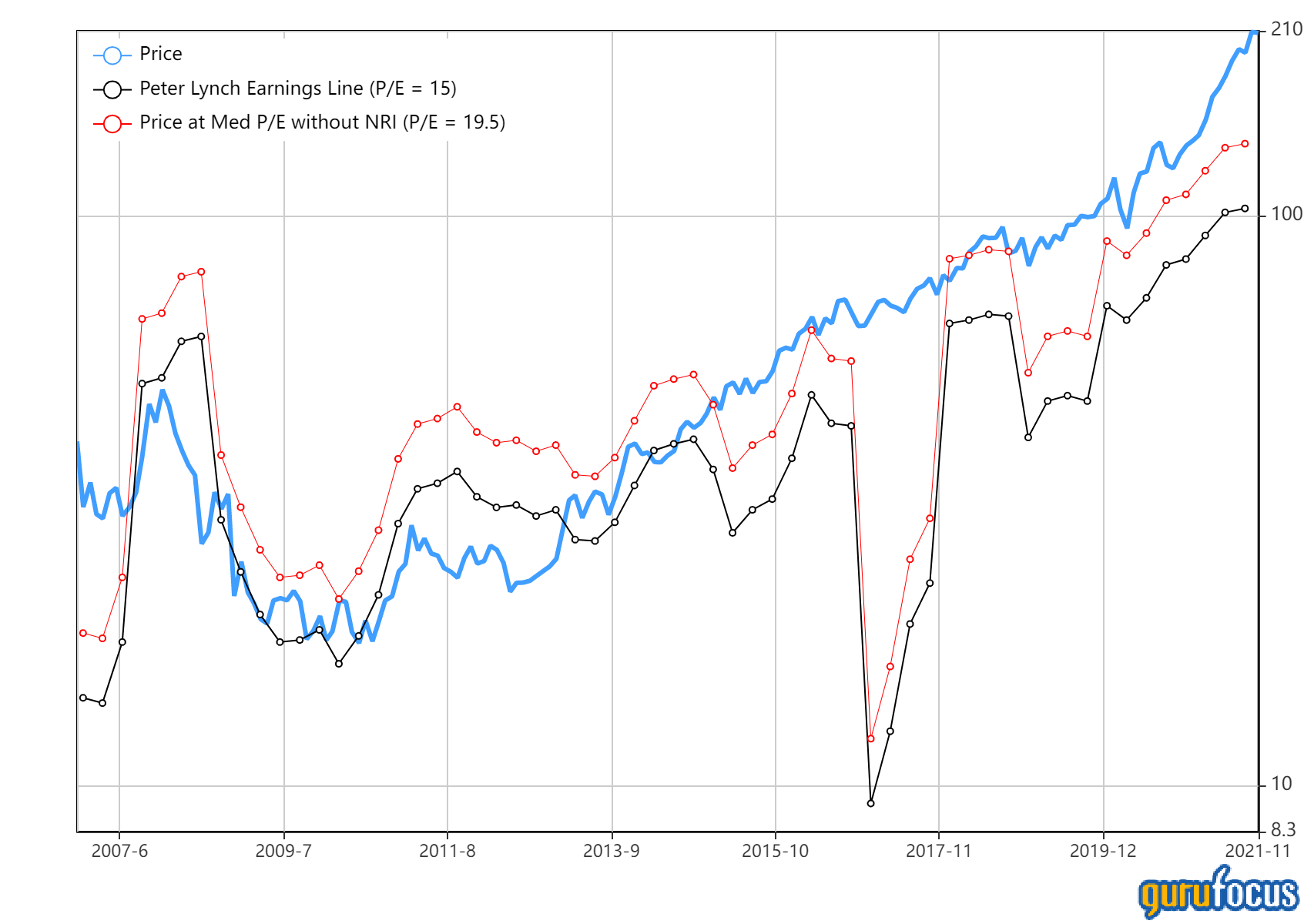 The company has a financial strength rating of 4 out of 10. The Altman Z-Score of 2.82 and Piotroski F-Score of 4 out of 9 indicate the company is financially stable, even though it isn’t financially strong. The profitability rating is 7 out of 10, driven by a return on invested capital that has surpassed the weighted average cost of capital in recent years. 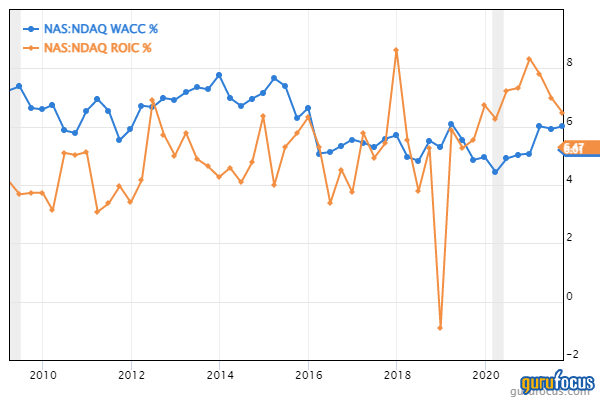 The firm cut its Morgan Stanley (

Morgan Stanley is a U.S. investment banking giant headquartered in New York City. It provides a wide variety of investment banking and other financial services, helping people, institutions and governments to raise, manage and distribute capital.

On Nov. 30, shares of Morgan Stanley traded around $94.92 for a market cap of $170.16 billion. The GF Value chart rates the stock as significantly overvalued. 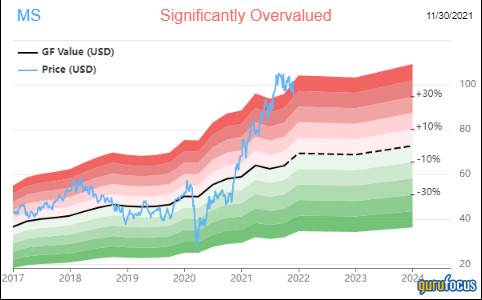 The company has a financial strength rating of 2 out of 10, with the equity-to-asset ratio of 0.09 and debt-to-equity ratio of 2.27 both worse than 89% of other companies in the capital markets industry. The profitability rating is 5 out of 10. Morgan Stanley has been growing its top and bottom lines steadily in recent years. 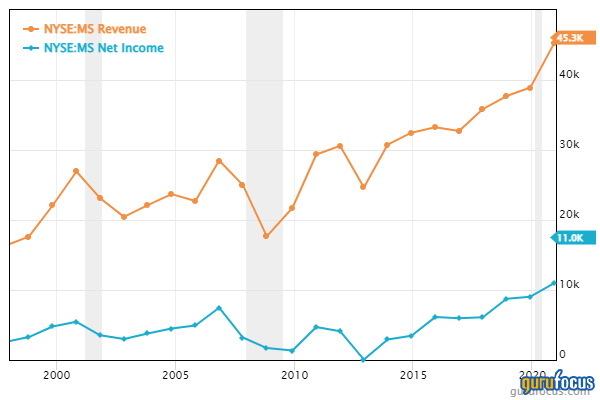 MetLife is the New York-Based holding company for Metropolitan Life Insurance Company, though the company is more commonly known as MetLife. With over 90 million customers worldwide, MetLife is one of the largest providers of insurance, annuities and employee benefit programs.

On Nov. 30, shares of MetLife traded around $58.84 for a market cap of $49.34 billion. The GF Value chart rates the stock as modestly overvalued. 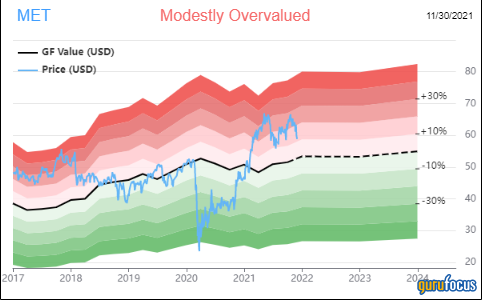 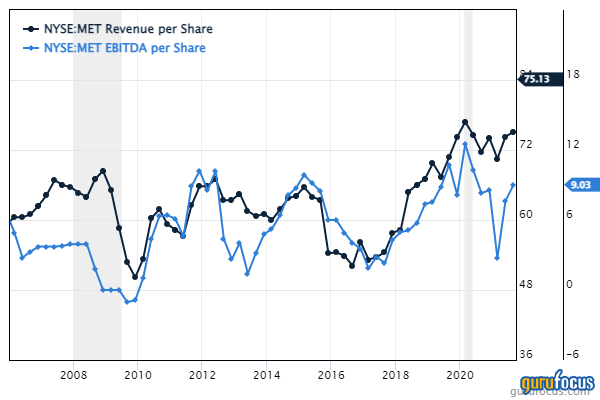 Based on its latest filing,

Diamond Hill Capital (Trades, Portfolio) held shares of 164 stocks in an equity portfolio valued at $26.36 billion at the end of September. The turnover rate for the quarter was 6%.

Looking at which sectors the firm was most invested in, it allocated the highest portfolio weights to stocks in the financial services, consumer cyclical and health care sectors.