The New York-based firm, which was founded in 2005 by Peltz, Peter May and Edward Garden, utilizes fundamental analysis to make its investment decisions, selecting a concentrated number of high-quality stocks that are undervalued as well as underperforming. It then works with management teams and boards to execute operational and strategic initiatives to drive growth and create value for shareholders.

According to GuruFocus Real-Time Picks, a Premium feature, the firm trimmed its holding of the Chicago-based confectioner stake by 22.97% on Nov. 30.

With an impact of -0.44% on the equity portfolio, the guru’s firm sold 581,000 shares of Mondelez. The stock traded for an average price of $60.27 per share on the day of the transaction.

Trian now holds 1.9 million shares total, which represent 1.47% of the equity portfolio. As of the end of the third quarter, it was the firm’s eighth-largest holding. GuruFocus estimates the firm has gained 52.79% on the long-held investment.

The company, which is known for its Cadbury, Milka, Toblerone and Sour Patch Kids candy products, as well as Oreo cookies, Wheat Thins and Ritz crackers products and many other snacks, has an $83.48 billion market cap; its shares were trading around $59.76 on Thursday with a price-earnings ratio of 19.13, a price-book ratio of 3.02 and a price-sales ratio of 3. 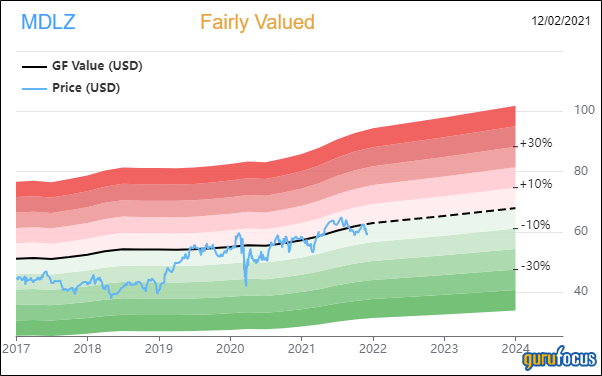 The company reported its third-quarter results on Nov. 2, posting earnings of 89 cents per share on $7.18 billion in revenue, which was up 7.8% from the prior-year period. 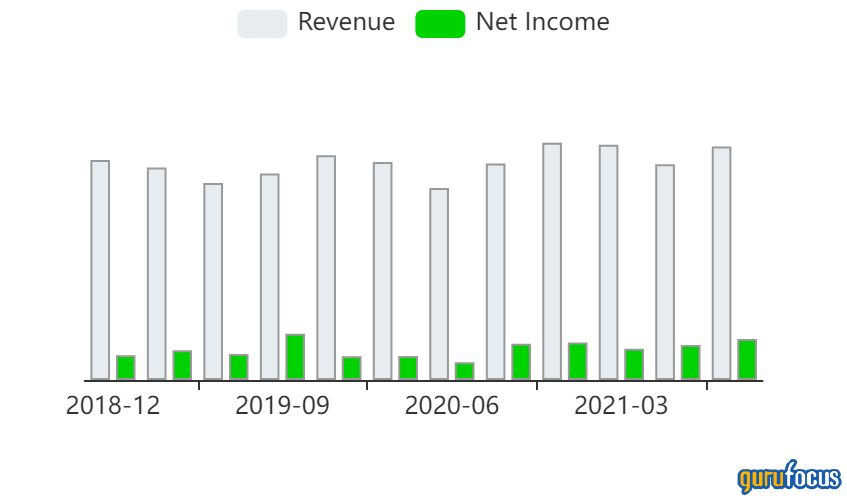 Mondelez’s financial strength was rated 4 out of 10 by GuruFocus. Although the company has issued approximately $2.7 billion in new long-term debt over the past three years, it is at a manageable level due to having adequate interest coverage. 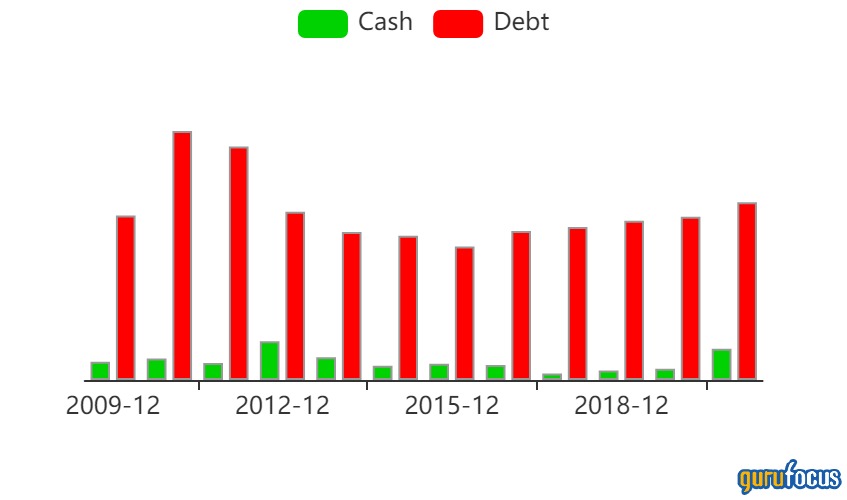 The Altman Z-Score of 2.45 also suggests the company is under some financial pressure. The return on invested capital, however, slightly eclipses the weighted average cost of capital, indicating good value creation is occurring as the company grows. 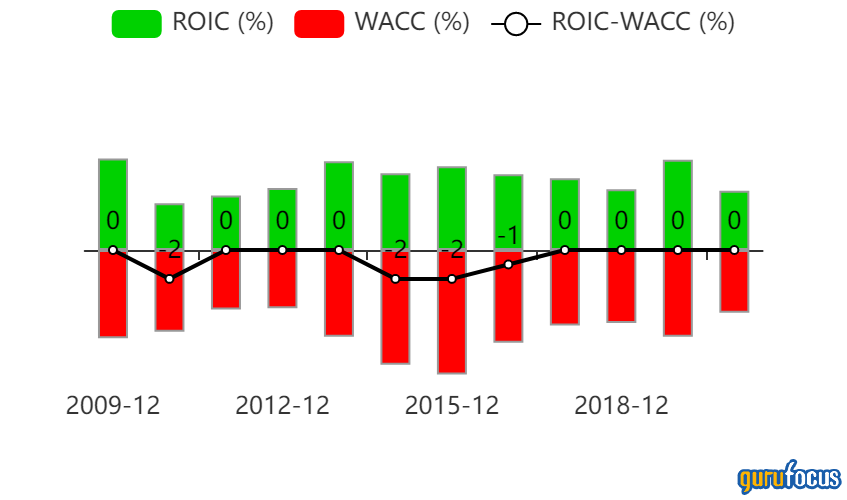 Supported by operating margin expansion, strong returns on equity, assets and capital that outperform more than half of its competitors and a high Piotroski F-Score of 7 out of 9, which indicates business conditions are healthy, the company’s profitability scored a 7 out of 10 rating. It also has a predictability rank of one out of five stars. GuruFocus data shows companies with this rank return, on average, 1.1% annually.

Nearly 30% of Peltz’s $8.04 billion equity portfolio, which was composed of nine stocks at the end of the third quarter, is invested in the consumer defensive sector, followed by slightly smaller exposures to the industrials and financial services spaces.

Other companies the firm holds as of Sept. 30 are Ferguson PLC (