An Introduction to Canadian Depository Receipts 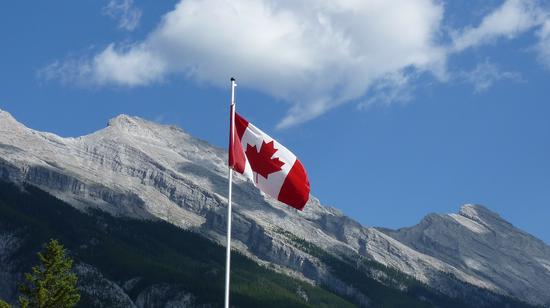 An interesting innovation has recently taken place in Canada's financial markets. Introduced by a large Canadian bank and brokerage called the Canadian Imperial Bank of Commerce (

A number of mega-cap U.S. stocks such as Amazon (

AMZN, Financial), Tesla (TSLA, Financial), Paypal (PYPL, Financial), Microsoft (MSFT, Financial), Meta Platforms (FB, Financial) and Alphabet (GOOG, Financial)(GOOGL, Financial) can now be bought as Canadian Depositary Receipts (CDRs). Traded on Canada’s NEO Exchange, CDRs are basically a fractional investment in an underlying U.S. company with a built-in currency hedge. However much the U.S. stock goes up or down, that’s what the CDR does. There’s no friction from changes in the Canada-U.S. exchange rate. However, the Canadian Imperial Bank of Commerce does charge a fee for the currency hedge. All dividends are payed out proportionately in Canadian dollars as part of the service, and the Canadian Imperial Bank of Commerce operates a voting site where investors can cast votes for their fractional shares if so inclined.

A list of CDRs can be found on the website of the Canadian Imperial Bank of Commerce. Currently there are 18 CDRs available. All are U.S. mega-caps, but the bank says that they will bring in non-U.S. stocks as well, if there is investor interest. The tickers are available on Gurufocus.com for subscribers to Canadian data.

A recent addition for value investors is Berkshire Hathaway Inc. (

BRK.A, Financial)(BRK.B, Financial). On the New York Stock Exchange, Berkshire Class B shares traded at $277.43 on Dec. 23, while the CDR fractional shares (NEOE:BRK ) traded around 21.81 Canadian dollars ($17.05). This price of the fractional share highlights how CDRs make the shares of big U.S. companies more accessible to Canadian investors.

Another benefit is cost efficiency - retail investors get more favorable Canada-U.S. exchange rates when buying the the CDRs than if they used an online broker to buy the NYSE-listed shares. Foreign exchange for clients buying and selling U.S. stocks is a profit centre for brokers.

There is no free lunch, of course. The bank charges a fee of "not more than 0.6%" per year, or sixty basis points, to manage the "notional currency hedge." Even if you are not actively trading the CDRs, the fee is still deducted. However, this is not a big expense when it comes to currency exchange, as some brokers charge 1.5% for conversion from U.S. dollars to Canadian dollars and vice versa each way. However if you plan to keep your shares for several years and have a large amount of money invested, its better to buy the underlying stock rather than the CDR.

The CDRs were brought to the market to give easy access to mega-cap U.S. stocks at low costs to the retail Canadian investors who are in need of geographical diversification. Unlike the U.S. or European investors, Canada is a relatively small market which represents only 3% or so the global stock market. Therefore, global diversification is needed by Canadian investors to avoid home country bias. Tapping into this lucrative market could drive up the prices of the stocks offered by CDRs while allowing the Canadian Imperial Bank of Commerce to rake in solid profits.

If there is enough market demand, the bank can develop this line to create currency hedged trackers for non-U.S. stocks as well. In the future, if trading volume grows, "call and put" options on the CDRs could also be developed.

On a side note, it is possible that this innovative concept may be expanded to other countries like the U.S., where currency hedged mega-cap stocks would be traded. This innovation could get around the problem of the VIE structure now plaguing Chinese stocks like Alibaba (BABA) as well as the constant fear of being delisted from U.S. exchanges like what happened to China Telecom in January and is happening to Didi Global (DIDI) now.

I am/we are Long TSX:CM
The views of this author are solely their own opinion and are not endorsed or guaranteed by GuruFocus.com
Rating: 5 / 5 (1 votes)
Bookmark