CEOs Buy Their Own Shares at LoanDepot and Uber

An overview of 4 insider trades 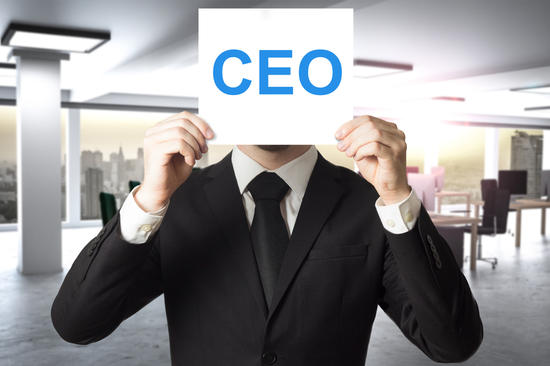 It pays to keep an eye open when corporate chieftains buy or sell their own company’s stock. Here are four dispatches from the (legal) insider trading front.

LDI, Financial) is a nonbank consumer lender. Much of its business consists of home equity loans and mortgage refinancing. In November, CEO Anthony Hsieh made two purchases for a trust he controls, totaling $9.9 million.

Since its initial public offering in February, loanDepot stock has been a terrible dud, down 77%. But I think it has speculative appeal now.

If you reserve a part of your portfolio for speculation, I’d hold my nose and buy.

UBER, Financial), CEO Dara Khosrowshahi bought 200,000 shares in November, essentially reversing his sale of the same number of shares in January. He now owns 1.17 million shares, worth about $42 million.

Khosrowshahi took over the reins in 2017 from Uber’s charismatic but rowdy founder, Travis Kalanick. Before that, he was CEO of Expedia (

EXPE, Financial) for a dozen years. One of a very small group of Iranian-born top U.S. executives, he was a vocal critic of President Donald Trump and a donor to Hillary Clinton.

Uber decimated the taxi industry and pioneered the ride-hailing industry. Forty-eight analysts follow it, and a whopping 42 of them call it a “buy.”

I disagree with them. Uber went public on May 9, 2019. Since then, the stock is down more than 13%. In the past year, it has fallen 33%. It’s easy to blame the pandemic, but the company had operating losses even before the pandemic, and I find the stock expensive at 4.5 times revenue.

Helmy Eltoukhy and AmirAli Talasaz discovered a technique that is an alternative to tradition tissue biopsies, which are invasive surgical procedures. Their technique, called liquid biopsy, involves detecting and monitoring tumor fragments circulating in the patient’s bloodstream.

Each of the two men now owns about 2.3 million shares of Guardant stock. Based on Friday’s closing price of $90.70 for Guardant, each holds about $209 million worth of shares.

Guardant has yet to make an annual profit, and losses have widened lately. Yet, as of November, 14 of the 15 Wall Street analysts who follow it call it a buy.

SIX, Financial), book value went negative in 2016 and became more so every year through 2020. Despite a small improvement in 2021, the balance sheet still looks like a disaster area to me.

Selima Bassoul, the newly named CEO of the amusement park chain, has bought more than 100,000 shares in November and early December. That’s a $3.7 million stake at current prices. However, I note that it’s less than the holding he used to have at his former firm, Middleby Corp. (

I’ve been writing about insiders’ buys and sells for more than two decades now. The results fall into three categories: the good, the bad and the embarrassing.

On the good side, from 1999 to the present, I’ve recommended 85 stocks with insider buys. Over the next 12 months they have beaten the Standard & Poor’s 500 Total Return Index by 4.2 percentage points on average.

Also on the good side, I warned against 26 stocks, even though insiders had bought them. Those stocks trailed the index by 24 percentage points, falling more than 15% on average.

On the bad side, I tut-tutted about insider selling in 40 stocks. But they have beaten the index by a fraction of a point.

Finally, the embarrassing part: I wrote about insider buys in a dozen stocks without giving a firm opinion. Those stocks have beaten the index by more than 16 percentage points.

Bear in mind that my column results are theoretical, and shouldn’t be confused with the results I obtain for clients. Also, past results don’t predict the future.

I/we have no positions in any stocks mentioned, and no plans to initiate any positions within the next 72 hours.
Disclosure: I don’t currently own the stocks discussed in today’s column, personally or for clients.
The views of this author are solely their own opinion and are not endorsed or guaranteed by GuruFocus.com
Rating: 4 / 5 (1 votes)
Bookmark