Founded by Simons in 1982, Renaissance Technologies has successfully employed complex mathematical models to analyze and execute trades, many of which are automated. The company’s computer-based models predict price changes in easily traded financial instruments, and these models have been so successful that they have made Renaissance one of the top-performing hedge funds in the U.S. While the funds have long been closed to outside investors, we can still get a glimpse of what common stocks the firm has been buying and selling via its quarterly reports.

According to its latest filing, the firm’s top buys for the quarter were Adobe Inc. (

ADBE, Financial) after selling out of its previous holding in the stock in the second quarter of 2021. At an average price of $629.42 per share for the quarter, this gives the stock a 0.77% weight in the equity portfolio. 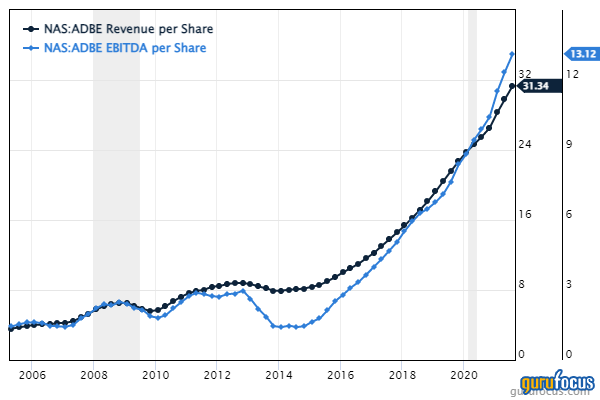 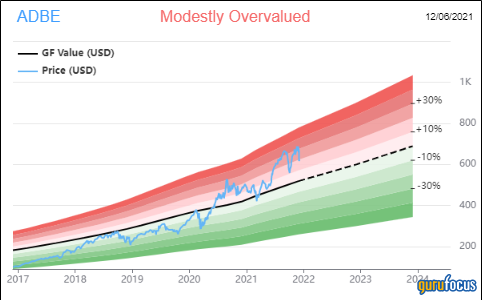 Tesla is most famous for being a pioneer in commercializing electric vehicles. Considered by many investors to be a tech stock from its outset, the company is also involved in solar energy through its SolarCity acquisition. It recently moved its headquarters to Austin, Texas.

The company has a financial strength rating of 6 out of 10. The cash-debt ratio of 1.59 and Altman Z-Score of 21.59 show the company should have no trouble meeting its debt obligations. Its profitability rating is 4 out of 10. The return on invested capital has recently surpassed the weighted average cost of capital, indicating a turn to value creation. 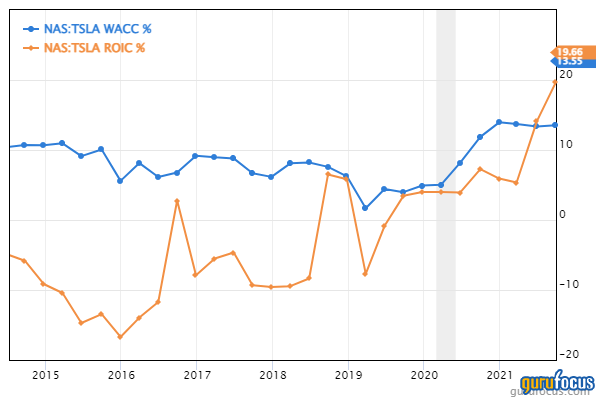 On Dec. 6, shares of Tesla traded around $1,019.52 for a market cap of $1.02 trillion. The GF Value chart rates the stock as significantly overvalued. 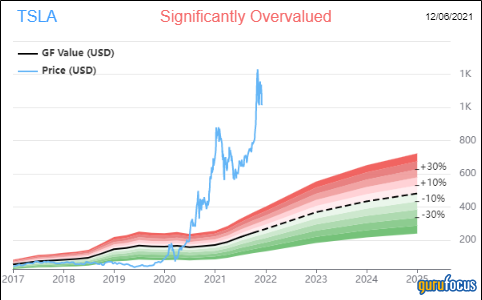 AMZN, Financial). The stock used to make up 1.12% of the equity portfolio. Shares were trading for an average price of $3,451.22 in the three months through the end of September.

Amazon is a multinational e-commerce giant based in Seattle. Its vast network allows it to deliver many products to customers within one or two days, giving it tremendous pricing power. The company also has cloud computing, digital streaming, artificial intelligence and other tech operations. 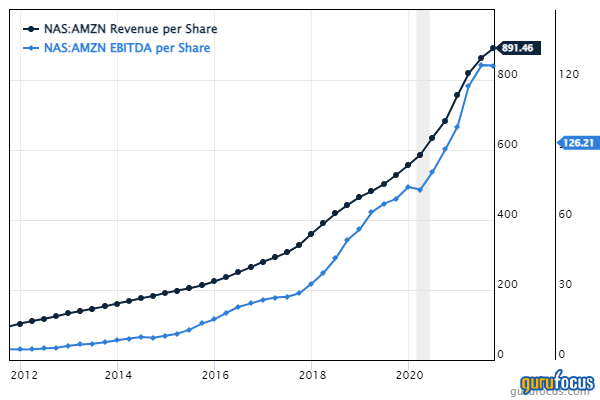 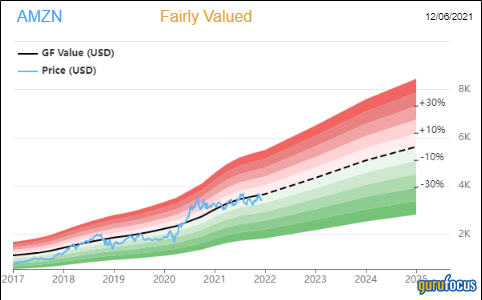 The firm also ended the quarter without its 3,147,521 shares of Alexion Pharmaceuticals Inc. (

ALXN, Financial) holding, which previously took up 0.72% of the equity portfolio. During the quarter, shares were trading around $183.84 apiece.

Alexion is a biopharmaceutical company that focuses on developing medications for rare diseases that result from dysfunction of the complement system, which is a component of the immune system. The company is based in Boston.

It should be noted that Alexion might not have been sold outright. It was acquired by British pharmaceutical company AstraZeneca (LSE:AZN) (AZN) in late July. The $39 billion buyout consisted of $13.3 billion in cash and 236,321,411 new AstraZeneca shares, 94% of which became the new AstraZeneca American Depositary Shares (ADSs) listed on the Nasdaq.

On Dec. 6, AstraZenaca, which Alexion is now a part of, traded around 81.91 British pounds ($108.58) per share for a market cap of 126.89 billion pounds. The company has a financial strength rating of 4 out of 10 and a profitability rating of 7 out of 10. The GF Value chart rates the stock as fairly valued. 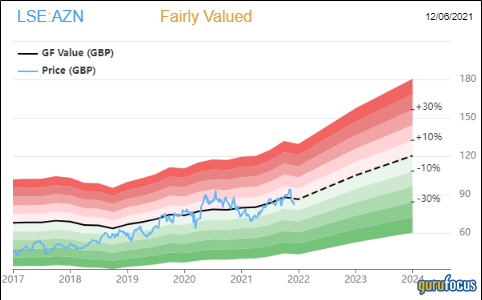 Renaissance Technologies’ latest 13F report shows 3,416 stocks in the equity portfolio valued at a total of $77.43 billion. The turnover for the period was 24%.

The top holding in the portfolio was Novo Nordisk A/S (

In terms of sector weighting, the firm was most invested in the health care, technology and consumer defensive sectors.