HKSE:00941, Financial) operates one of the largest telecommunication businesses in China and is the largest mobile telecom operator in the world by number of subscribers. The company is headquartered in Beijing and currently employs about 445,000 full-time employees. Its main businesses include Mobile, Wireline Broadband and Internet of Things (IoT). The Company’s ultimate controlling shareholder is China Mobile Communications Group Co., Ltd. (a Chinese state-owned company), which, as of 31 December 2020, indirectly held approximately 72.72% of the total number of issued shares of the Company. The remaining approximately 27.28% was held by public investors.

China Mobile used to trade in the U.S. under the ticker CHL for over 20 years, but in January this year, it was delisted on orders from the U.S. government, which accused it of having links to the Chinese military and prohibited it from trading on any U.S. stock exchange (including the OTC stock exchange). Its peers, China Telecom and China Unicom, were also delisted. 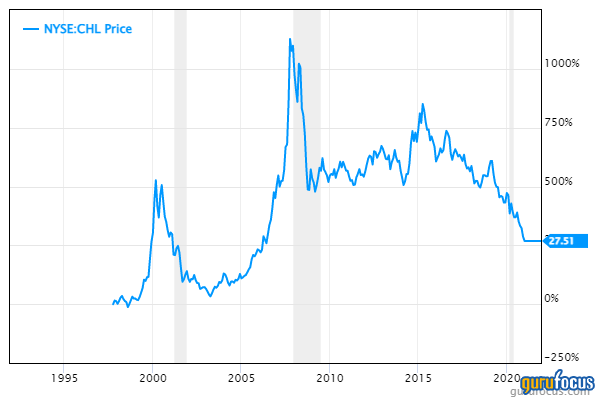 However, the primary listings of all these companies is Hong Kong. China Mobile's stock in Hong Kong has lost only about 3.5% since its U.S. delisting. This is because of the loss of U.S. investor capital in the scrip. As we can see, the damage is fairly small, since the vast majority of investors in the stock were not invested in it through the NYSE listing. 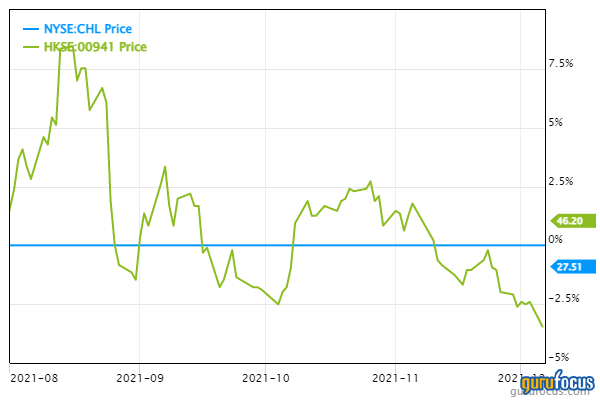 Other than being a casualty of political tensions, the company seems to be doing great. It is in robust financial shape with very little debt compared to cash: 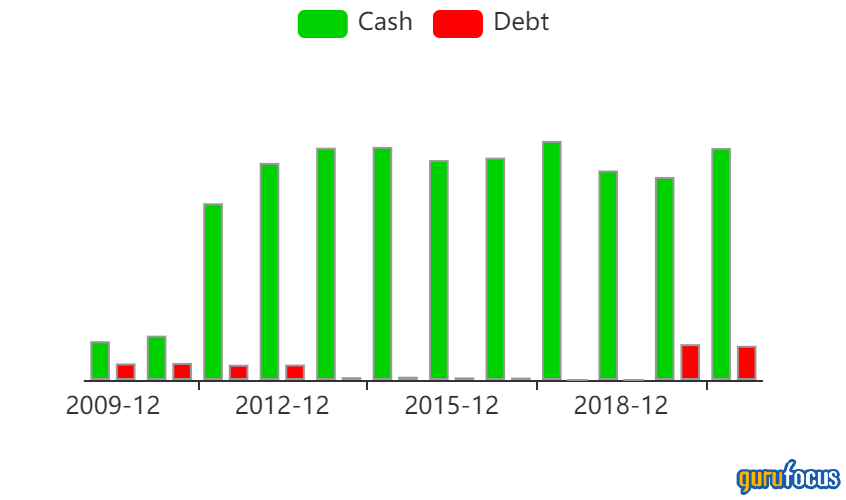 The company has continued to pay a rising divided, which is currently at a 7.3% yield: 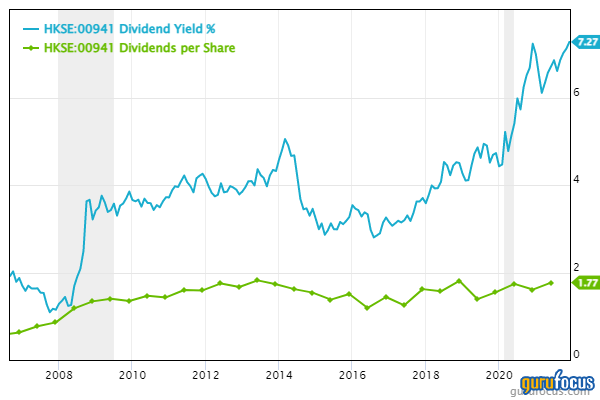 The company’s valuation metrics are very cheap as well, with a price-earnings ratio of 7.14 and a price-book ratio of 0.67. The GuruFocus Value chart warns the stock could be a value trap, since it is trading so far below its intrinsic value estimate. However I don't believe this is the case as the low valuation is because of the indiscriminate dumping of the stock because of the U.S. delisting and the loss of many large institutional investors. 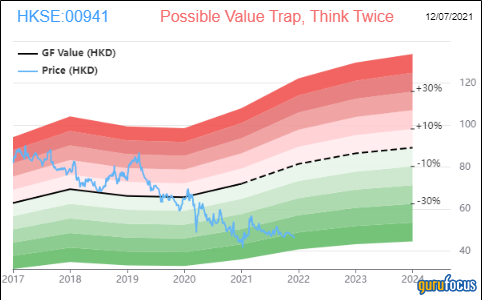 Revenue and profit growth have been flat over the last five years. However, I feel the price-earnings ratio should be at least 8, given that the company should eventually return to growth as the Chinese economy recovers from the pandemic crisis. A rule of thumb that famous value investors Peter Lynch commonly used was that a stock should trade with a price-earnings (PE) ratio of 15 in order to be fairly valued, Even a stock with no growth in earnings should trade at a PE of around 8, which would imply that the stock has a 100% upside.

The U.S. delisting has had only a small effect on China Mobile. The company is very undervalued and continues to pay a handsome dividend. The fear of the unknown drives many bad investment decisions, and the panic to dump the stock which happened late last year has now abated. Similar changes are happening now to Chinese stocks like Didi Global, and there is a danger that Alibaba (

BABA, Financial) could be delisted as well. However, I feel in time, when the dust settles, they will be fine too.

I am/we are Long HKSE:00941
The views of this author are solely their own opinion and are not endorsed or guaranteed by GuruFocus.com
Rating: 5 / 5 (1 votes)
Bookmark