Several are among the guru's top holdings 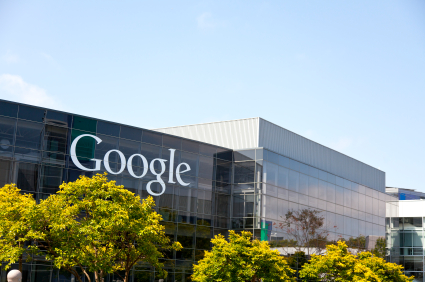 Known for being a distressed-debt specialist, filings show the billionaire guru’s firm focuses on investing in equities and debt of distressed companies, exchange warrants, options, futures notes and junk bonds. In 2019, Tepper converted his hedge fund into a family office as a result of becoming the owner of the Carolina Panthers NFL football team.

As of the end of the third quarter, the communication services sector had the largest representation in Tepper’s $4.2 billion equity portfolio with a 28.35% weight.

According to GuruFocus portfolio data, Tepper was invested in only five communication services companies as of Sept. 30: Alphabet Inc. (

The guru boosted his Alphabet (

GOOG, Financial) position by 0.68% during the third quarter, bringing the total holding to 147,000 Class C shares. The position accounts for 9.33% of the equity portfolio and is now the largest holding. GuruFocus estimates Tepper has gained 57.10% on the long-held investment.

The Mountain View, California-based tech company, which owns the Google search engine and YouTube, has a $1.96 trillion market cap; its Class C shares were trading around $2,960.73 on Wednesday with a price-earnings ratio of 28.39, a price-book ratio of 8.01 and a price-sales ratio of 8.38. 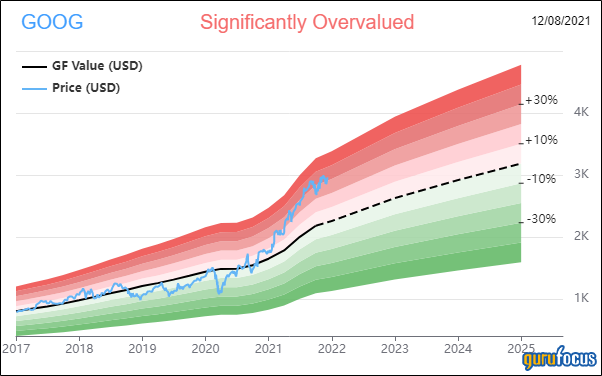 GuruFocus rated Alphabet’s financial strength 8 out of 10 on the back of comfortable interest coverage and a robust Altman Z-Score of 13.77. The return on invested capital also overshadows the weighted average cost of capital, meaning value is being created as the company grows.

The company’s profitability fared even better with a 9 out of 10 rating. While the operating margin is in decline, the returns on equity, assets and capital outperform over half of its competitors. Alphabet also has a high Piotroski F-Score of 8 out of 9, indicating business conditions are healthy. Boosted by consistent earnings and revenue growth, it also has a five-star predictability rank. According to GuruFocus, companies with this rank return an average of 12.1% annually over a 10-year period.

Of the gurus invested in Alpahbet’s Class C stock, Dodge & Cox has the largest stake with 0.32% of its outstanding shares. Pioneer Investments,

The investor curbed his Meta Platforms (

FB, Financial) stake by 5.19% during the third quarter to 1.14 million shares. The holding accounts for 9.24% of the equity portfolio and is Tepper’s second-largest position. GuruFocus data shows he has gained approximately 26.55% on the investment since establishing it in the third quarter of 2016.

Having recently changed its name from Facebook, the social media company headquartered in Menlo Park, California has a market cap of $897.98 billion; its shares were trading around $322.81 on Wednesday with a price-earnings ratio of 23.05, a price-book ratio of 6.76 and a price-sales ratio of 8.28.

According to the GF Value chart, the stock is modestly undervalued currently. 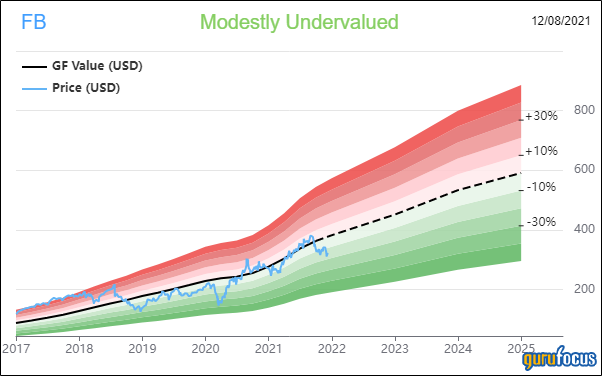 Meta’s financial strength was rated 7 out of 10 by GuruFocus, driven by a comfortable level of interest coverage and a robust Altman Z-Score of 17.3. The ROIC also eclipses the WACC, suggesting the company is creating value as it grows.

The company’s profitability fared even better with a 9 out of 10 rating. Despite recording a decline in its operating margin, Meta is supported by strong returns that top a majority of industry peers as well as a moderate Piotroski F-Score of 6, indicating business conditions are typical for a stable company. Steady earnings and revenue growth contributed to a five-star predictability rank.

With 0.28% of its outstanding shares,

In the third quarter, Tepper increased his stake in T-Mobile (

TMUS, Financial) by 0.99% to 2.5 million shares. The position accounts for 7.74% of the equity portfolio and is the third-largest holding overall. GuruFocus estimates he has gained 26.93% on the investment since the fourth quarter of 2017.

The Bellevue, Washington-based telecom company, which operates a wireless network, has a $146.33 billion market cap; its shares were trading around $117.15 on Wednesday with a price-earnings ratio of 43.89, a price-book ratio of 2.12 and a price-sales ratio of 1.83. 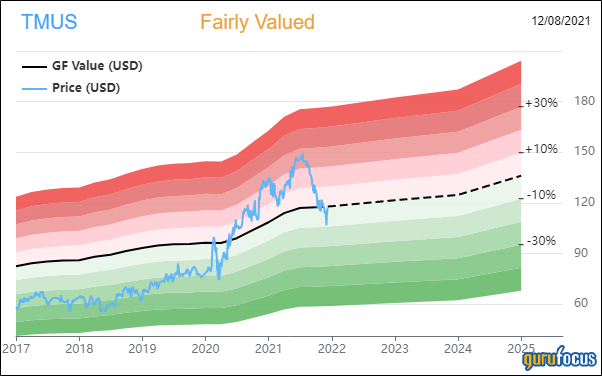 GuruFocus rated T-Mobile’s financial strength 3 out of 10. In addition to poor interest coverage, the low Altman Z-Score of 1.12 warns the company could be at risk of bankruptcy since its assets are building up at a faster rate than revenue is growing. The WACC also exceeds the ROIC, so the company is struggling to create value.

The company’s profitability fared better, scoring a 6 out of 10 rating on the back of operating margin expansion, returns that underperform around half of its competitors and a moderate Piotroski F-Score of 4. T-Mobile also has a predictability rank of one out of five stars. GuruFocus says companies with this rank return an average of 1.1% annually.

TWTR, Financial) stake by 5% in the third quarter. Now holding 1.23 million shares, the position has 1.78% weight in the equity portfolio. GuruFocus data shows Tepper has gained around 66.3% on the investment since the first quarter of 2020.

The social media company, which is headquartered in San Francisco, has a market cap of $35.55 billion; its shares were trading around $44.46 on Wednesday with a price-book ratio of 4.95 and a price-sales ratio of 7.68. 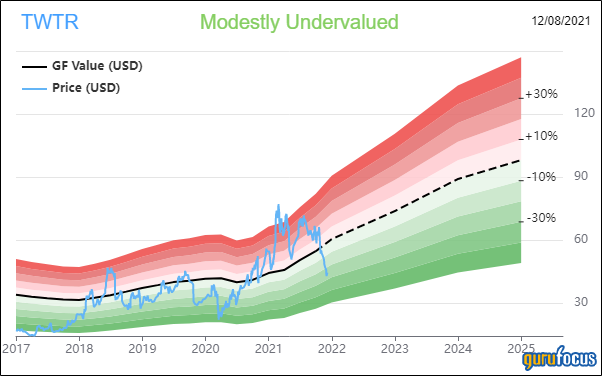 Twitter’s financial strength was rated 5 out of 10 by GuruFocus. Although the company has weak interest coverage and assets are building up faster than revenue is growing, the Altman Z-Score of 3.56 indicates it is in good standing. The WACC also surpasses the ROIC, so it has issues creating value.

Weighed down by margins and returns that underperform over half of its industry peers, the company’s profitability scored a 3 out of 10 rating. Twitter is supported by a moderate Piotroski F-Score of 6, but the one-star predictability rank is on watch.

Of the gurus invested in Twitter, Mandel has the largest stake with 2.69% of its outstanding shares.

The investor left his 2 million-share stake in Beachbody (

BODY, Financial) unchanged in the third quarter. The position represents 0.26% of the equity portfolio. GuruFocus data shows Tepper has lost an estimated 28.36% on the investment since establishing it in the second quarter.

The Santa Monica, California-based media company, which produces streamed and live fitness and nutrition programming, has a $752.01 million with a price-book ratio of 1.46 and a price-sales ratio of 0.78.

Since going public in June via special purpose acquisition company, the stock has tumbled nearly 75%. 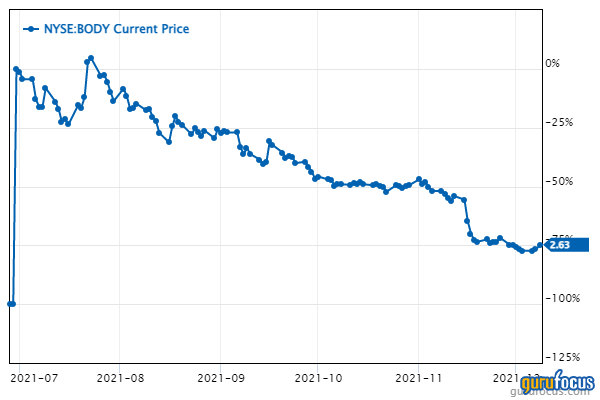 GuruFocus rated Beachbody’s financial strength 6 out of 10, driven by a high cash-debt ratio of 5.91. The Altman Z-Score of 2.02, however, indicates the company is under some pressure since days inventory is building up.

The company’s profitability fared even worse, scoring a 2 out of 10 rating on the back of negative margins and returns that underperform a majority of competitors.

Tepper is currently the only guru invested in the stock with 0.65% of its outstanding shares.