US Gold Is Poised to Move Up Rapidly as Gold Rises 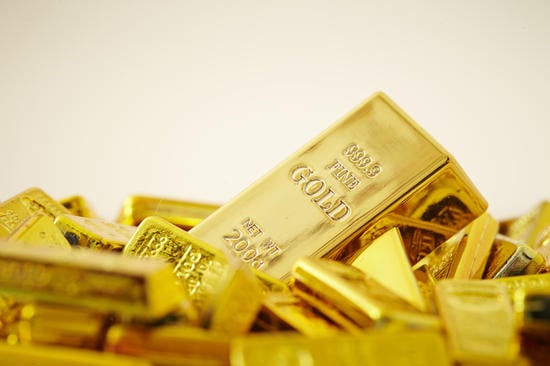 Something unusual happened yesterday after the Federal Reserve announced its decision to drastically reduce the quantity of U.S. Treasuries to be repurchased in the market and the policymakers' plan to raise interest rates in 2022. The stock markets closed in green territory on Dec. 15 and, in the wake of this, Asian markets at the close of regular hours and European equities in early trading were both up on Thursday.

Traders are likely to consider the U.S. central bank's decision as a blessed move against exceptionally high inflation that will not hinder the economic recovery.

But I believe traders are wrong as this economic growth is driven by inflation, the target of the Fed, and not consumer spending. U.S. retail sales in November indicated that consumer spending has fallen from previous months. Consumer spending is the largest component of the gross domestic product, so a countermeasure to the high prices of goods and services is likely to stunt growth and, given the history of financial markets, investors should be less inclined to buy riskier assets amid lower growth prospects.

In response to the higher uncertain outlook, investors will increase their holdings of gold stocks as the metal is a great safe haven from inflation, sluggish growth prospects and other factors that can lead to higher volatility.

The expected strength of gold demand will push the price per ounce higher than current levels. Gold futures maturing in February 2022 rose 1.23%, or $21.75 a troy ounce, to $1,786.25 as of the writing of this article, indicating investors are returning to the commodity after it fell by more than 4% from the mid-November peak of $1,865 an ounce.

A higher gold price should have the same effect on publicly traded miners, while bonds are still likely underperforming and publicly traded stocks are less attractive due to the Fed's decision.

Among gold-backed stocks, US Gold Corp. (

USAU, Financial) is an interesting candidate. The Nevada-based gold operator has two buy recommendations on Wall Street, while the average price target of $20.50 per share implies an upside potential of 145.50% from Wednesday's close.

Furthermore, the current share price is more than 4.5 times lower than the net present value of the CK Gold Project that US Gold is developing in Laramie County, Wyoming.

Management plans to put this metal project on the books soon, likely by 2023, which will be a strong catalyst for a higher share price.

According to the economics of the CK Gold Project's pre-feasibility study, the deposit is estimated to account for 1.44 million ounces in proven and probable mineral reserves.

Future operations to produce 108,500 ounces per year over a 10-year mining life will occur in a friendly mining jurisdiction and in close proximity to infrastructure.

This means that development capital and other funds to purchase the necessary equipment should not involve a financial obligation that is too far beyond the company's capabilities.

In addition, the mine's high profile offers an incredible upside potential from an economic point of view.

The precious metal will be produced at an all-in sustaining cost of $800 per ounce of equivalent gold, which is reasonable considering the cost of other operators.

After taxes, the internal rate of return is 33.7%, indicating it is a mining gem as investors usually view a 25% project as very profitable.

Finally, the deposit is projected to have high leverage for rising metal prices, which is important information for the first three years of operation when the mine should yield 25% more ounces than the 10-year average production.

Based on these factors, investors may want to keep an eye on the stock as it could benefit from rising commodity prices in the current market environment.