The fascinating story about the leveraged buyout, subsequent bankruptcy and restructuring of Caesars Entertainment 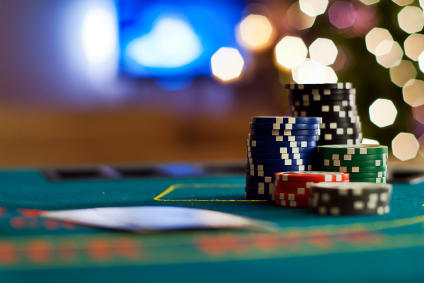 "The Caesars Palace Coup: How a Billionaire Brawl Over the Famous Casino Exposed the Power and Greed of Wall Street," a long-titled book by Max Frumes and Sujeet Indap, is a story about the leveraged buyout, subsequent bankruptcy and restructuring of Caesars Entertainment (

The book sits at the intersection of corporate finance and corporate law. While the transactions involved during the period covered are highly complex, the authors have found a good middle ground in making the book readable to the non-specialist whilst conveying some level of financial and legal detail regarding the various transactions for those interested in the technical side.

APO, Financial) and TPG Capital was completed just before the 2008 global financial crisis kicked in and ended in the casino-entertainment company entering Chapter 11 bankruptcy protection in early 2015. Apollo and TPG ultimately overpaid for the transaction, and the leverage on the balance sheet of Caesars was ultimately too much once the recession hit.

Readers of either "The Predator’s Ball" or "Den of Thieves" will be familiar with Apollo founders Leon Black and Marc Rowan from their days at Drexel Burnham Lambert. It’s interesting to see how a team coming out of the ashes of that junk bond business used their expertise to build a huge leveraged buyouts franchise.

The Caesars story is interesting because in the boom times of the early 2000s, much covenant-lite debt was issued. After the downturn post global financial crisis, private equity sponsors have been resorting to more and more aggressive tactics to protect their investments. Some private equity firms have been accused of fraudulent conveyance, asset transfers, asset stripping and the like. U.S. bankruptcy laws, unlike in other jurisdictions, are considered very borrower-friendly, and by writing bond indentures in such a way, debtors and their sponsors can get away with quite a lot.

This story is about the fight over value between Apollo and TPG on one side and a wide range of creditors, holding different tranches of debt with varying degrees of security, on the other side. These creditors included many gurus we all admire, such as

The story at Caesars isn’t unique. We’ve seen similar episodes at Neiman Marcus and J. Crew. In fact, in "The Caesars Palace Coup,"we learn that industry publication Covenant Review coined a term “Pulling a J. Crew,” which is the transferring of collateral from one entity that is securing debt, to another entity which isn’t. While you might not think this is legal, in the end it depends on the bond indentures, the interpretation of the bond indentures, and ultimately in many cases, which side has the better legal team.

One comes away from reading this book with the view that the only winners are the law firms. My view that credit investing is as much about legal analysis as it is about financial analysis is reinforced. In fact, many of the portfolio managers at the credit funds in this book started out as corporate or securities lawyers.

The book doesn’t cover too much about operating a casino business. We do learn about the Total Rewards program Caesars successfully introduced, which was an early type of management information system using customer data to optimize the targeting of promotions to specific customers. We learn about the internal debates over the Britney Spears residency and how that was valued by creditors. We learn that Las Vegas is really two separate businesses, real estate and operations/gaming.

We learn that portfolio managers do pay careful attention to 8-Ks, and that the better credit investors hang on every word of bond indentures. The book highlights one example where a sloppily worded sentence in one bond indentures has huge financial implications for how the court would interpret what is legally allowed from creditors and debtors.

In another example, we see Elliott Management as a creditor pushing Caesars to default so it can collect a huge pay-out in a credit default swap trade. This reminds me of Soros’ theory of reflexivity. At a certain point, powerful investors can make things happen that are in their favour. As minority investors, we need to be cognizant of this.

While we do see some legal analysis and learn a little bit about the U.S. Bankruptcy Code and Chapter 11, for example “cramdowns” and “cram ups” or the subtle difference between “guarantee of collection” and “guarantee of payment” and how lawyers try to game the system through trying to avoid certain judges, for the most part the book focuses on the personalities of the various lawyers and portfolio managers on each side of this transaction. One ridiculous episode is chronicled where different lawyers fight over whether the term “intrinsic value” is real corporate finance terminology, and the debate is settled when Ben Graham’s "Security Analysis" book is used as evidence.

I would have liked to see more focus in the book on the structuring and valuation of all the various deals, but perhaps the market for people interested in the technical details is too small. Personally, I wasn’t too interested in the backgrounds of the various individuals, most of whom were guys coming out of Ivy League schools. That said, some of the examples of the negotiations sessions were interesting, where ego in the younger individuals tended to rule, whereas the older more experienced hands tended to see the bigger picture and saw the value in trying to find consensus more quickly to move on.

Overall, I enjoyed the book and it’s worth reading for anyone interested in credit investing and bankruptcy situations. The book ends with the Caesars and Eldorado merger, but doesn't go into much detail, as by that point most of the distressed debt investors have banked their profits and moved on.