Companies within the quick service restaurant (

QSR, Financial) industry have started seeing their stock prices grow again as the world becomes less cautious of the pandemic. Inflationary headwinds are leading to pressure on gross margins, though, which has affected the restaurant industry for the latter half of 2021, and the Omicron variant has added to their woes. Thus, a proper bull market for restaurant stocks has yet to materialize.

For contrarian investors, it appears to be a good time to go bottom fishing and look for restaurant stocks that are offering good value for a reasonable price. One such stock, a relatively lesser-known name within the QSR domain, which has been in the news for new brand acquisitions and expansion initiatives is Muscle Maker, Inc. (

GRIL, Financial). The company is a microcap stock and appears to be available for a reasonable valuation today.

What does Muscle Maker do?

As a matter of fact, the company has a number of different brands within the fast-casual restaurant space such as Healthy Joe's, Meal Plan AF, Burger Joe's, Bowls Deep, Wrap It Up, Salad Vibes, Gourmet Sandwich, Superfit Foods and Pokemoto, which are over and above the mother brand.

It also operates a direct-to-consumer model within the meal prep space through its Superfit Foods brand as well as its website, musclemakerprep.com.

While its headquarters are in League City, Texas, the company is operating through a master franchise model in the Middle East, the United States and Canada.

Expansion through the master franchise model

Muscle Maker has differentiated itself from competitors like Yum Brand (

In order to expand beyond this niche geography, the management has started selling regional master franchises. In this model, Muscle Maker will earn a franchise fee plus a revenue percentage from competent master franchisees who will be given dedicated regions where they would be setting up or selling the franchises of different Muscle Maker brands. Usually, such agreements operate with a commitment from the master franchise holders to establish a bare minimum number of franchises in their designated region within a particular time frame.

The company recently sold a master franchise in Saudi Arabia and inked a 40-unit deal in this way. The company has also inked a similar 10-unit deal in Kuwait. Franchise fee revenues are an excellent hedge for a small company like Muscle Maker against food inflation and rising raw material costs. I believe that this move could help the company accelerate revenues without burdening the cost side significantly and also improve its cash position.

Muscle Maker has made a major diversification move through the acquisition of Pokemoto, a food chain serving poke, which is a native Hawaiian dish made of diced fresh fish. Hawaiian poke has become a popular dish in many parts of the U.S. with plenty of new Americanized variants being made from chicken, salmon, shrimp and even tofu. Pokemoto serves customizable poke and has a strong focus on health-based menus.

This move adds around 14 Pokemoto locations in Connecticut, Massachusetts, Rhode Island and Georgia. Muscle Maker has a lot to gain from this acquisition as Pokemoto has signed 25 franchise agreements over the last two months alone and most of its new units are expected to be in New York, Massachusetts, Connecticut and Mississippi. They are integrating Pokemoto into their existing Muscle Maker Grill locations to run two parallel brand outlets catering to young poke lovers. With the diversification into Hawaiian poke, Muscle Maker should give this new brand a big international push and apply its master franchising strategy for Pokemoto in the near future.

The pandemic resulted in a strong level of health consciousness among people all over the world and there has been a significantly higher reliance on homecooked meals as well as ordering takeout compared to going outside for a meal.

This has led to a significant jump in the demand for meal kits. Muscle Maker is looking to capitalize on this opportunity through the acquisition of Superfit Foods, an exclusive meal prep business based in North Florida. This is a fast-growing market that already has many major players like Kroger's (

Superfit Foods is distinguishing itself from other meal prep services by allowing subscribers to pick up fully prepared foods and fresh-pressed juices from coolers in multiple wellness centers and gyms. The management has collaborated with local gym owners, personal trainers and wellness centers to drive brand awareness and meal prep sales. They are offering excellent variety in the meals with plans focusing on specific dietary categories such as Paleo, Vegetarian, Build Up, Maintain and Lean Down. Even at a small scale, Muscle Maker should be able to achieve good success in this market given their differentiated strategy. 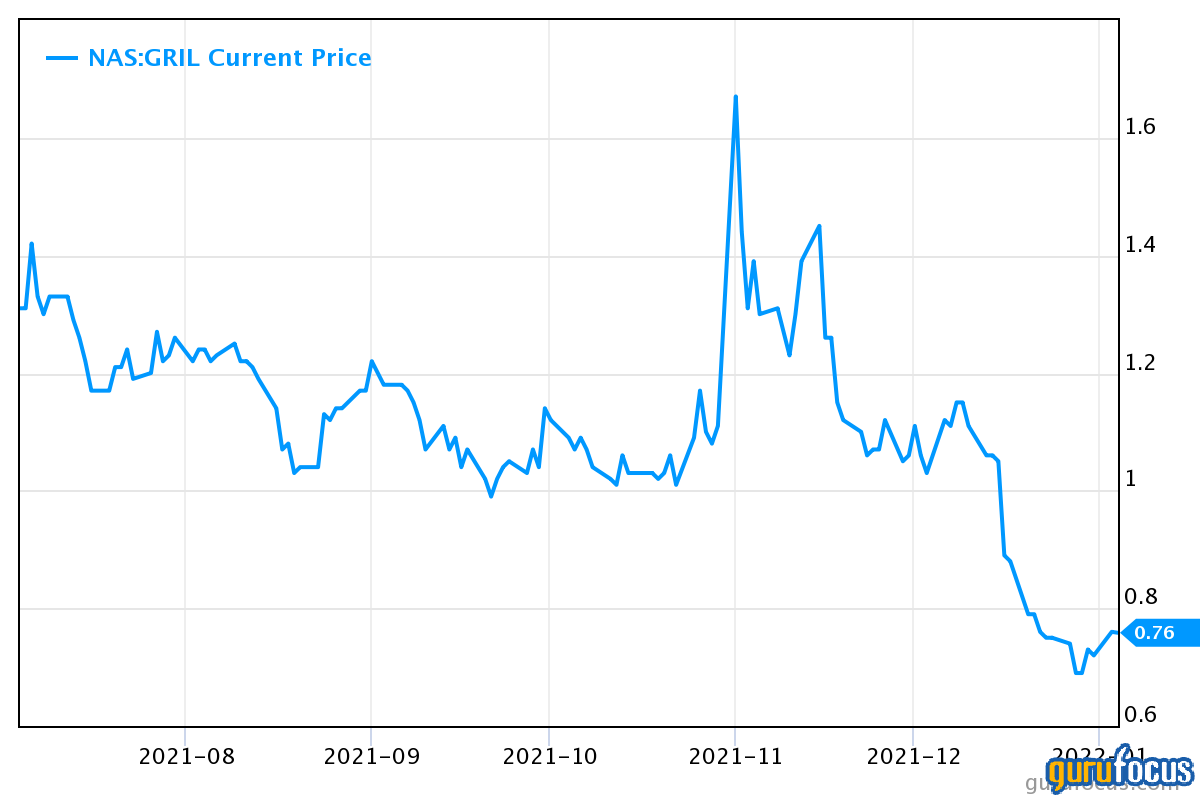 Muscle Maker’s financials have improved significantly in the past few quarters and its trailing 12-month revenue of $8.44 million is almost 89% higher than the $4.47 million it generated in 2020. Yet, the company’s stock has dropped since its public debut and is trading at 76 cents per share. Its enterprise-value-to-revenue multiple is below 2. Given the above-mentioned initiatives, I believe the company should not only grow fast but also witness multiples expansion in the long term. Overall, I am highly optimistic about Muscle Maker and I believe that the company could be a compelling opportunity for microcap investors looking into the QSR domain.