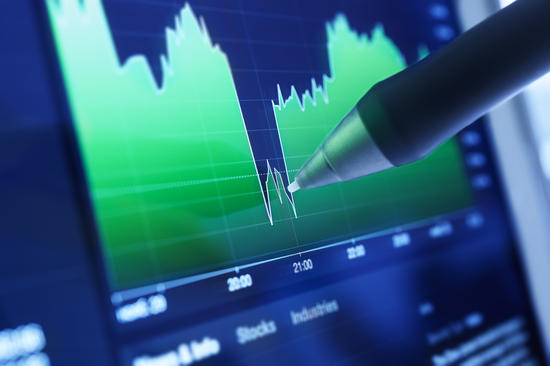 NVTA, Financial) and GrowGeneration Corp. (GRWG, Financial). This sounds quite surprising, as these two equities have not performed well over the past 52 weeks through Jan. 7. With positive recommendations despite share prices tumbling more than 59%, these two stocks have earned the status of "falling knives."

The stock has a market capitalization of approximately $2.84 billion, a 52-week range of $12.39 to $60.24 and a 14-day relative strength index of 31, which suggests that the stock is trading close to oversold levels after the stock price plunge.

The balance sheet is relatively weak with a GuruFocus financial strength rating of 4 out of 10. The Altman Z-score of 0.5 and Piotroski F-score of 3 together indicate that the current financial situation is unstable and that the company is at risk of bankruptcy within two years. However, the debt-to-equity ratio is 0.55, which isn't too bad.

In terms of profitability, GuruFocus has assigned a score of 2 out of 10 to the company. Most financial ratios measuring profitability are negative, except for the three-year revenue per share growth rate of 12.3% (versus the industry median of 9.5%). A positive trend was also seen in the third quarter as revenue grew more than 66% year over year to $114.4 million thanks to strong volumes reported through the genetic testing and services platform.

Following the unexpected positive impact of seasonality in the third quarter, the company has revised its outlook upwards for full-year revenue in 2021. The company now forecasts revenue of $450 million to $475 million, reflecting year-over-year growth of 60% to 70%.

On Wall Street, the stock has a median recommendation rating of overweight with an average target price of approximately $33.67 per share.

GRWG, Financial) is a Greenwood Village, Colorado-based hydroponics company. It grows plants in aqueous solutions with added nutrient salts rather than soil, and it is also an organic gardening retailer in the U.S. The company sells its products through a chain of 62 stores in the United States and an online e-commerce store.

Shares were trading around $11.16 at close on Friday following a decline of 78.34% that happened over the past 52 weeks.

The market capitalization is about $667.46 million, the 52-week range is $11 to $67.75 and the 14-day relative strength index is 30, suggesting the stock isn't that far from oversold levels after the fall.

Regarding its financial strength, GuruFocus assigned a score of 8 out of 10 to the company, which means that the financial conditions are solid. As of Sept. 30, 2021, the company had $93 million in cash on hand and equivalents, exceeding the total debt of $38 million by a wide margin, while the current ratio was 3.5. The Altman Z-score of 5.25 and the Piotroski F-score of 4 together indicate that the current financial situation is stable and that the company should not run any risk of bankruptcy for at least the next two years.

GuruFocus has given a score of 3 out of 10 for the company's profitability, but some of the financial indicators are positive and almost all of them outperform most competitors. The three-year revenue per share growth rate is 61.4% (versus the industry median of -1.3%), ahead of 97.5% of the 988 companies in the cyclical retail sector. In the third quarter of 2021, the company reported revenue growth again, reaching $116 million. It reflected a 111% year-over-year increase, exceeding the average projection by $1 million.

To position the company for 2022 and beyond, GrowGeneration Corp. has reorganized its management team to focus on improving sales in every aspect. For the full year of 2021, the company expects to report between $435 million and $440 million in revenue.

On Wall Street, the stock has a median recommendation rating of buy with an average target price of $31.89 per share.