An Overlooked Opportunity in the Betting Market

These stocks could be acquisition targets 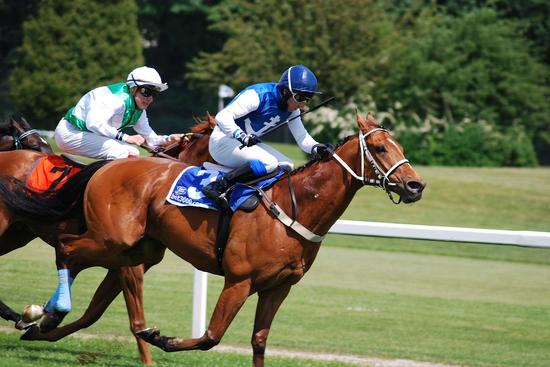 The U.K. has one of the most developed and active gambling markets in the world. The market has developed and grown over many decades, and several world-leading companies have emerged in the process.

Following recent developments in the United States, many U.K.-based companies are now looking to advance their presence in this massive market by deploying years of experience and technological resources to take advantage of the vacuum in the online sports betting sector.

But these U.K.-based companies cannot stand up to the might of U.S.-based gambling and gaming companies. These businesses are willing to pay a premium for ready-made expertise developed in the U.K. over the past couple of decades rather than run the risk of creating it themselves and getting it wrong.

U.K.-based William Hill was one of the first companies to be taken over by Las Vegas casino operator Caesars Entertainment Inc. (

At the beginning of last year, U.K.-listed Entain PLC (

LSE:ENT, Financial) knocked back an 8 billion-pound ($10.8 billion) takeover bid from MGM Resorts International (MGM, Financial), which decided it would rather own the spoils from their joint venture, BetMGM.

This division has tremendous potential. The U.S. sports betting market could be worth $55 billion a year, about 17 times the size of the U.K. market, according to analysts, and these joint venture partners are throwing money into the business. They are willing to do whatever it takes to win. Earlier this week, the duo announced an additional investment of $450 million to capture market share.

MGM isn't the only business that has made an offer for Entain. Toward the end of last year, DraftKings Inc. (

DKNG, Financial) offered $22.4 billion to acquire the company. The deal eventually fell apart when DraftKings decided it would rather use the money to fund its own expansion program.

The DraftKings offer valued the business at 16.2 billion pounds, roughly double what MGM was willing to pay less than one year before. The figure illustrates just how valuable the technology owned by these companies is perceived to be by U.S. gaming companies, which are engaged in an arms race to capture market share and consumers eyeballs' as the online gaming market and sports betting market across the United States opens up.

There is an opportunity here. At the time of writing, Entain had a market capitalization of 10 billion pounds. This is a significant discount to the price DraftKings was willing to pay only a couple of months ago. As such, it looks as if there is still potential for a merger here if one of the company's U.S. peers decides to launch an attack.

Entain is not the only company in the space that deserves a closer look, though.

LSE:FLTR, Financial) is around twice the size of Entain, but it could also attract attention from potential buyers considering its technology and expanding footprint around the world.

All in all, it looks as if there is an opportunity here to invest in a section of the technology market that other investors often overlook. Some investors might want to avoid gambling stocks because of the rules and regulations surrounding this industry.

However, over the past 24 months, there has been an explosion in online gambling, which has produced windfall profits for these companies. I do not think it is unreasonable to suggest that merger activity in the sector could increase as these companies look to spend their windfall on acquisitions.