The billionaire's latest thoughts on business, investing and life 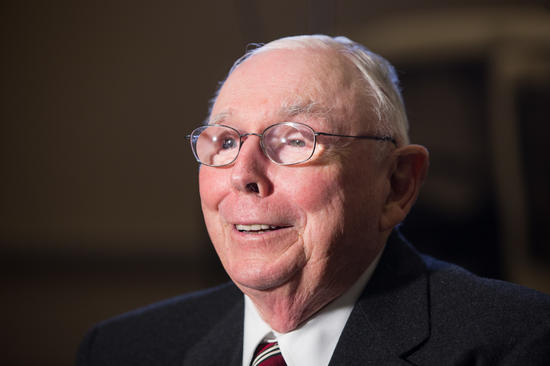 Charlie Munger (Trades, Portfolio) hosted the annual Daily Journal (DJCO, Financial) meeting of shareholders. This meeting has become an important date for value investors as it is one of the few occasions where it is possible to hear Munger speak his views.

BRK.A, Financial) (BRK.B, Financial) annual meeting alongside Warren Buffett (Trades, Portfolio), he often lets the company's CEO do most of the talking, only occasionally chipping in when he has something to add. More often than not, Munger has "nothing to add."

At the Daily Journal annual meeting, Munger has more room to speak his mind and answer shareholder queries with his snappy comebacks and intellectual responses.

Munger offered his views on a number of topics in the shareholder Q&A session this year, including some advice for investors in the current environment. Specifically, on the topic of investing strategy, he said:

"I think you have to figure out your level of skill, or the level of skill your adviser has, and that should enter the equation. But to everyone who finds the current investment climate... difficult and somewhat confusing, I would say: Welcome to adult life."

Munger and Buffett have both attributed their decision to stick to what they know best to their success over the past couple of decades. Both of the investors have frequently advised others to stay within their circle of competence and only invest in what they know and understand.

Even though he is one of the wealthiest people in the world and one of the greatest investors of all time, Buffett continues to stick to this principle. And this seems to be one of the reasons why he has been avoiding Chinese investments, even though Munger has built a large holding in Alibaba. Speaking at the Daily Journal annual meeting, Munger noted:

When he was asked to provide more color on his views of the Alibaba holding, Munger stated:

"We invested some money in China because we can get more value in terms of the strength of the enterprise and the price security than we could get in the U.S."

Munger was also asked why Berkshire was staying away from large deals despite its record (and growing) cash pile. He replied:

"The reason we're not buying is we can't buy anything at the prices we're willing to pay. It's just that simple. Other people are bidding the price up, and a lot of the buying is not by the people who really play to own [the companies]."

The billionaire investor went on to advise investors that they need to have realistic expectations if they want to be happy in life. This feeds back into his general principles of living life well. In general, investors and individuals cannot push themselves too hard. If they do, they could end up taking too much risk, which may ultimately put them in an uncomfortable position.

Investors who push themselves too hard may also find themselves involved in assets they are not comfortable owning, just for the sake of trying to generate high returns. The more risk one takes, and the more one moves away from a circle of competence, the higher the chances are that an investor will make a significant error.

Munger's advice to avoid this spiral of disaster is to have realistic expectations:

"I always say the same thing: Realistic expectations, which is low expectations. If you have unreasonable demands on life, you're almost like a bird that's trying to destroy himself by bashing his wings on the edge of the cage..."

I am/ we are currently short the stocks mentioned. Click for the complete disclosure
Rating: 5 / 5 (6 votes)
Bookmark