3 Japanese Stocks to Diversify Your Portfolio 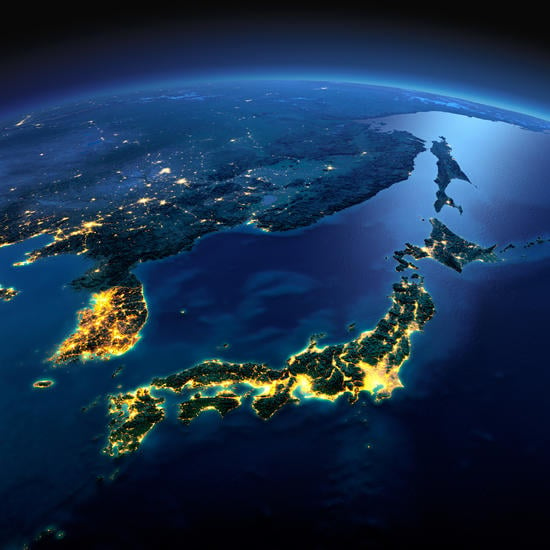 Japan has the world's third-largest economy, which has started to rebound from the pandemic. The Japanese economy expanded at a 5.4% annualized rate in the fourth quarter of 2021. Over 79% of Japan's population is now fully vaccinated and consumer spending was up as a result, which beat market forecasts.

“As the economy re-opened, service consumption, such as for hotels, restaurants and entertainment, got a big boost,” said Wakaba Kobayashi, an economist at the Daiwa Institute of Research.

Japanese analysts expect exports to further recover in 2022, and the auto industry is set to rebound as chip manufacturers have expanded production and supply chains are slowly starting to regain pre-pandemic momentum.

Here are my top three Japanese stock picks to take advantage of the economic recovery in Japan.

MSBHF, Financial) (TSE:8058, Financial) is the largest trading company in Japan and operates in a diverse range of sectors via its many subsidiaries. These include banking, finance, machinery, chemicals, energy and food. 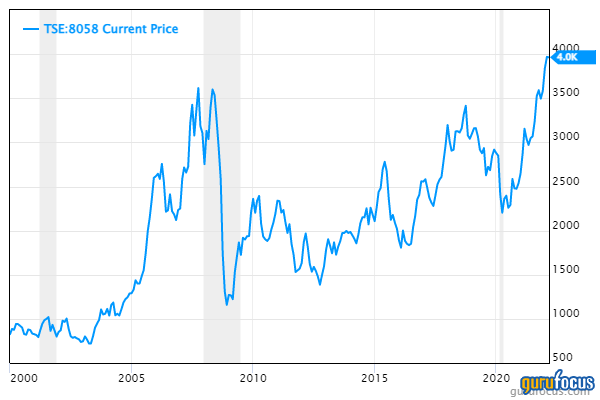 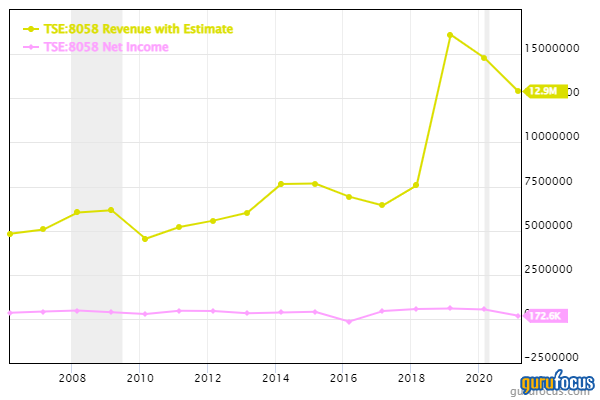 The company's profits are expected to increase substantially with estimates of 380 billion Japanese Yen ($3.29 billion) for 2022, up 120% year over year. Sales growth has been an incredible 37% over the prior-year period. The firm pays a strong dividend of 3.32%.

TM, Financial) (TSE:7203, Financial) was founded in 1937 and is now one of the largest automobile manufacturers in the world, producing approximately 10 million vehicles per year. The firm pioneered the concepts of lean manufacturing and “just in time” production, which revolutionized the manufacturing industry. 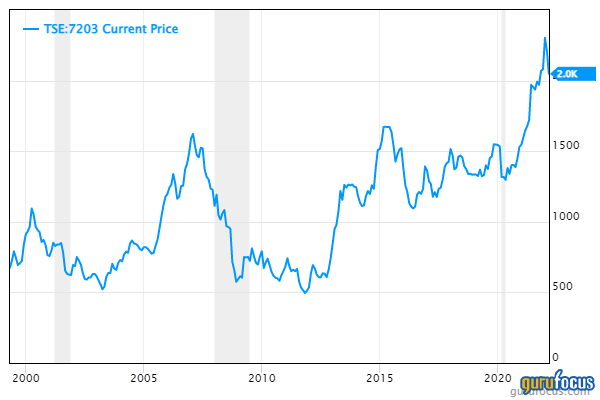 The company's latest quarterly results beat expectations, driven by strong pricing and cost controls. Revenue for the quarter was ¥7.8 trillion, which was down 4.5% year-over-year but up 19% over the first nine months. 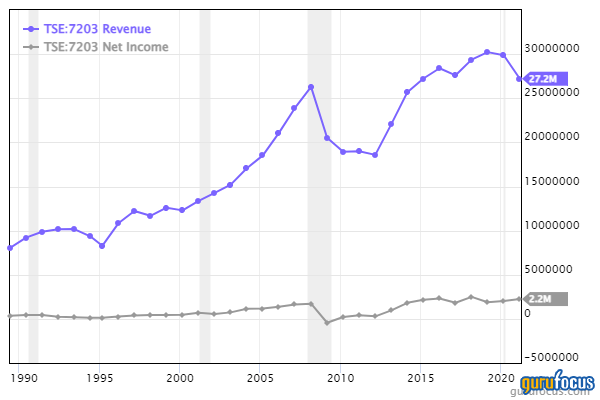 The firm is also making great progress in its transition to electric vehicles, which now represent 28% of Toyota’s sales.

TAK, Financial) (TSE:4502, Financial) is Japan's largest R&D-focused biopharma company. Founded in 1781, this is an established company with a global presence. The firm has over 8,000 patents and a high dividend of 5.21%.

This stock could be a potential turnaround opportunity, as the share price has been around $20 for the past 10 years despite revenue doubling over the same period. 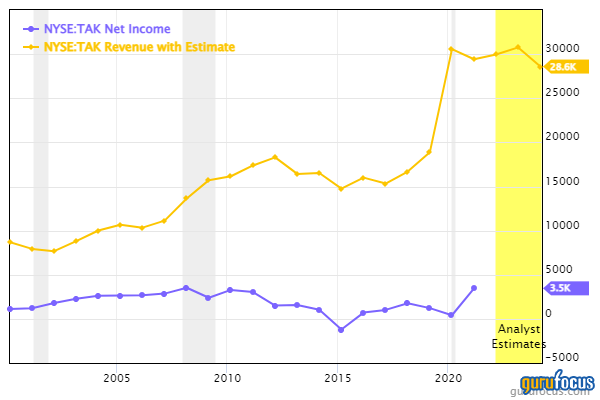 The global biopharmaceutical market size is expected to be worth $856 billion by 2030, growing at a CAGR of 12.5% over the period, according to Global News Wire

The company has a high return on research capital ratio (RORC) of 4.8, which means for every $1 invested into R&D, the company has earned $4.80, which is greater than many competitors. 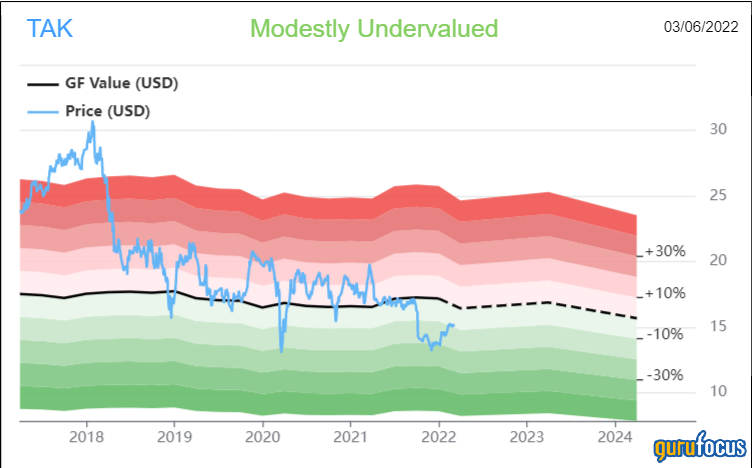