5 Stocks to Consider as Plant-Based Trend Takes Off

Analysts estimate that the trendy 'plant-based food' industry will reach $80 billion by 2025, creating a large opportunity for investors 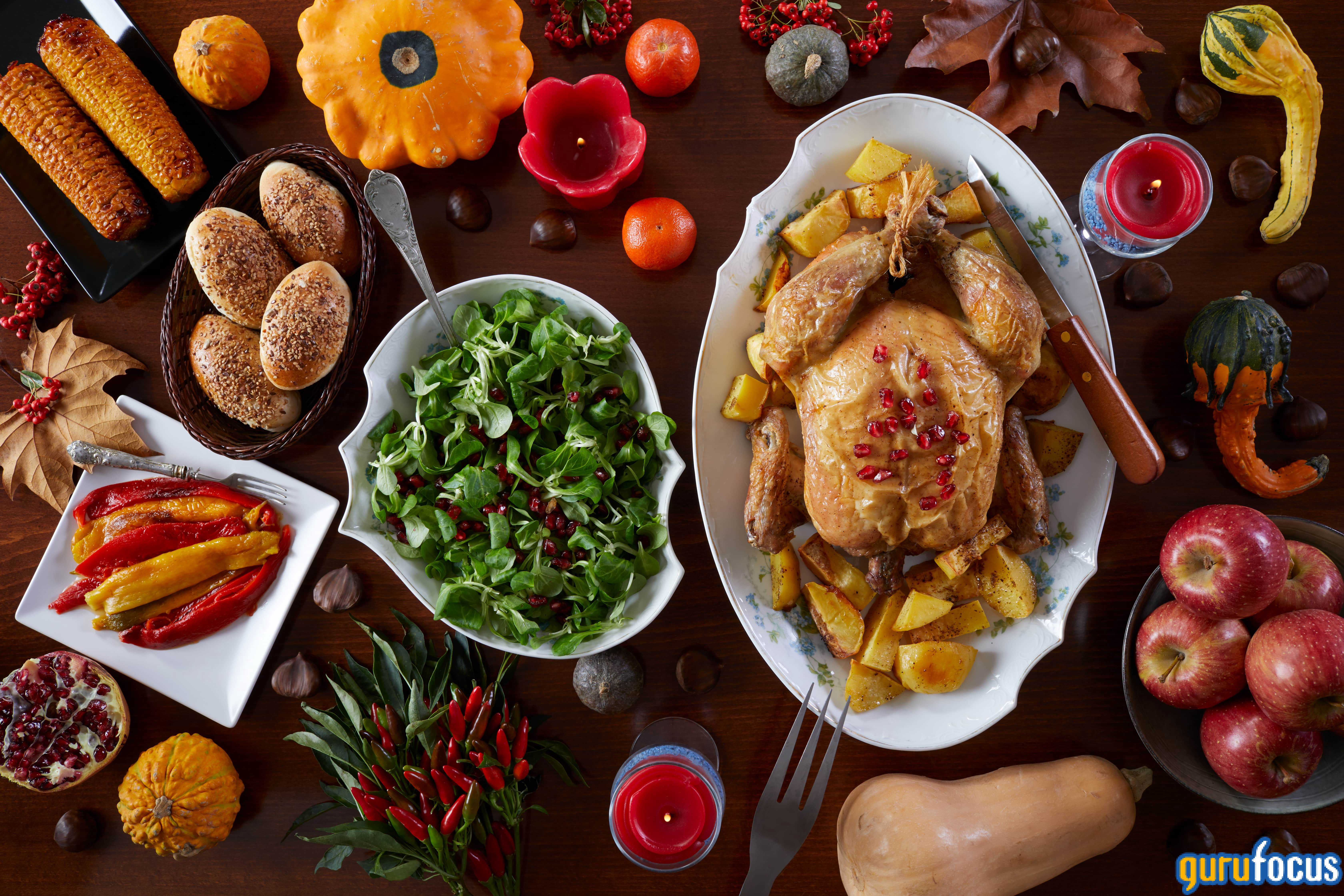 For investors, one of the tried and true investing strategies has been to find out where the puck is going, not where it currently is. This means being able to accurately identify growing market trends and investing in industries before they hit it big. Recent examples include the electric vehicle sector and cryptocurrencies.

You don’t have to enjoy vegan or plant-based foods to recognize that these companies will make for great investments, in my opinion. As you will see from this list, these companies aren’t all just making veggie burgers either. Plant-based foods include plant versions of other animal products as well, like milks, oils, cheeses and protein supplements. Some analysts estimate that the global plant-based food industry will be valued at nearly $80 billion by 2025.

So what makes plant-based foods a great investment? For one, they are working to solve a global environmental issue that comes with raising livestock like cows and chickens. Sure, growing crops requires a large amount of water as well, but the environmental damage is slightly lower compared to the effects of livestock farming.

Plant-based foods are also cheaper than meat when it comes to providing proteins and essential nutrients to people, and could go a long way to mitigating global hunger. Finally, over-consolidation of the meat industry in the U.S. has led to four major players that control a majority of the country’s meat supply. This leads to price control and so-called "meat inflation," which has seen the price of meat rise to its highest levels ever at much faster rates than other food products.

To take advantage of the trend of an increasing amount of animal products being replaced by plant products in people's diets, here are four plant-based stocks to add to your watchlist today!

INGR, Financial) is a global producer of plant-based food ingredients that are used in everyday products. The company utilizes all natural, plant-based products to create ingredients like sugars, syrups, starches and other biomaterials. Consumers generally don’t see the end product that Ingredion creates, but are more likely to see it as a component of creamy or crunchy textures for foods like yogurts and crackers. Ingredion also produces ingredients for home goods like lotions and tissues, as well as vital ingredients that allow products to be gluten-free or high-fiber.

Ingredion is seeing stellar growth in both domestic and international markets. Last quarter, the company hit three markets with over $1.0 billion in sales: North America, South America and Asia-Pacific. The Asia-Pacific region in particular saw a 23% year-over-year growth in sales, and is one of the fastest-growing plant-based markets in the world. Ingredion is one of those pick and shovel companies that does not produce many direct to consumer products, but without its portfolio of plant-based product ingredients, we likely would not have access to as many products as we do today.

BYND, Financial) is likely the company that most investors will think of when they hear the buzz words "plant-based meat." Beyond Meat surged onto the scene back in 2019 when it IPO’d and immediately shot up to about $250 per share. The plant-based industry as we know it now was still in its infancy, and Beyond Meat was one of the first recognizable brands that investors could buy. Shares are now down more than 35% from its IPO price, and the honeymoon phase is clearly over for Wall Street and Beyond Meat.

Beyond Meat recently reported a disappointing quarter as it shifted its focus from grocery shelves to fast food restaurant menus. Despite the addition of the KFC Beyond Fried Chicken sandwich (KFC is owned by Yum Brands (

YUM, Financial)) and the McPlant burger from McDonald’s (MCD, Financial), Beyond Meat reported wider than expected losses and poor guidance for 2022. Beyond Meat still sees stiff competition from Impossible Foods and other legacy meat producers who are getting into the plant-based meat game. The fast food restaurant menu items will certainly help, but the appeal of Beyond Meat is definitely wearing off in the minds of investors. The company needs to prove an ability to turn a profit before it can be considered an investment opportunity.

BHIL, Financial) is classified as a food technology company. Benson Hill has a plant to plate vision that begins with monitoring crops and vegetation at the farm level. Using its CropOPS, Benson Hill allows farmers to maximize the yield of their crops while maintaining a high quality of food for consumers. This program leverages the natural genetics of each plant to enable predictive breeding which both reduces costs and wasted food that hasn’t met Benson Hill’s standards.

With its Cloud Biology platform, Benson Hill is one of the first companies to implement artificial intelligence and machine learning into successful crop harvesting. Benson Hill is also creating its own proprietary soybean and yellow pea crops that hold higher nutrient contents and are lower in antinutrients. In essence, Benson Hill is aiming to create the perfect bean that can be used for a variety of products, including pea proteins, oils and even healthy pet foods.

PlantX (OTCQB: PLTXF | CSE: VEGA) is a platform that serves as a one-stop-shop for everything plant-based. With its fast-growing category verticals, the Company offers customers across North America more than 5,000 plant-based products. PlantX offers all of the top plant-based brands and even has its own services including XPets, XMeals meal delivery, and XFitness. Each of these have a subscription fee that goes towards further rewards that can be exchanged on the main PlantX retail site. In its most recent quarter, PlantX recorded an impressive growth in revenues from $907,935 in the quarter ending December 2020, to over $2.7 million for the quarter ending December 2021. This represents more than a 200% year over year revenue growth.

PlantX has the potential to be a long-term growth investment. The platform has several high-profile celebrity ambassadors including tennis player Venus Williams and NFL quarterback Justin Fields. The brand is also beloved by the plant-based community, and is a true first mover in the plant-based eCommerce space. With strong brand appeal and integration of its own subscription-based services, PlantX is positioned to be a major player in the ever-growing plant-based food industry. PlantX have been expanding massively over the past few months, employing a smart M&A strategy, onboarding top brands and products to their e-commerce technology and scaling them at a fast pace. A testament to this is their recent announcement regarding the launch of Bloombox Club (one of the brands they previously acquired) in Austria.

While it hasn’t fared too well so far as a publicly traded stock, don't underestimate Oatly’s (

OTLY, Financial) control of the global oat milk industry. Oatly is a Swedish company that creates oat milk and other dairy-replacing oat products like yogurts and butters. The company is backed by some heavy investors including the Blackstone Group, Oprah Winfrey and the former CEO of Starbucks (SBUX, Financial), Howard Schultz.

So why oat milk? First, the alternative milk industry is growing at a fantastic pace. Over 68% of the world’s population is lactose intolerant or has some form of lactose malabsorption. This fact alone is reducing the control that dairy milk has over the global milk industry. Second, harvesting oats is the cheapest form of alternative milk, especially compared to almonds, cashews and soybeans. Oat crops use the least amount of water and use the least amount of farm space.

Oatly’s stock is currently trading below its IPO price, and the company has seen some controversy lately with the banning of advertisements that claim the company has made false statements about it reducing greenhouse gas emissions.