These companies may offer good value

Despite gains for the day, the Dow Jones Industrial Average is headed for its fifth straight week of losses as uncertainty surrounding the war between Russia and Ukraine remains elevated.

While the energy sector as a whole has suffered in recent years, it has seen a comeback so far in 2022 with a gain of around 26% year to date. 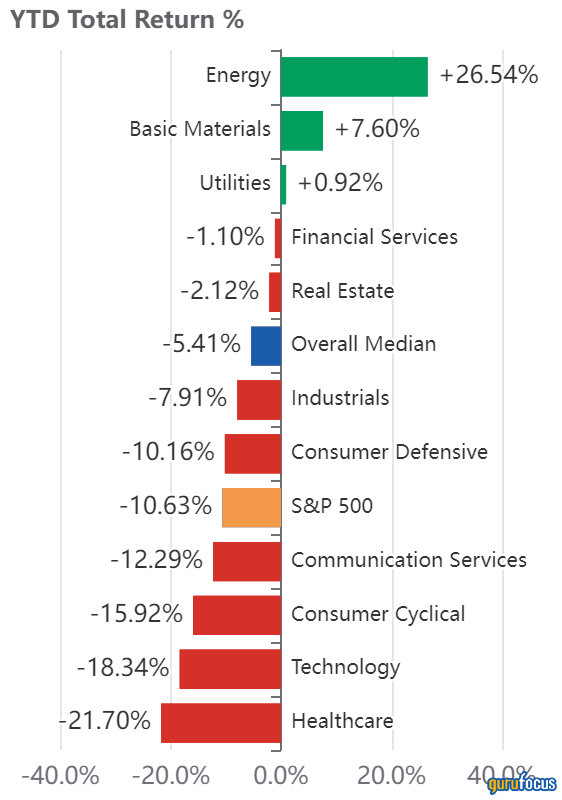 As a result of these developments, investors may be looking into energy companies that qualify for Benjamin Graham’s Lost Formula screen, a Premium GuruFocus feature.

Prior to his death in 1976, the author of "Security Analysis" and "The Intelligent Investor" developed a refined formula that screened for companies with a price-earnings ratio of less than 10 and an equity-to-asset ratio of at least 0.5. The formula got its name from that fact that he was unable to publish it before his passing; therefore, it was lost from public knowledge for a time.

The screener found that as of March 11, oil and gas companies that met these criteria included Dril-Quip Inc. (

The GF Value Line suggests the stock is significantly overvalued based on historical ratios, past financial performance and future earnings projections. 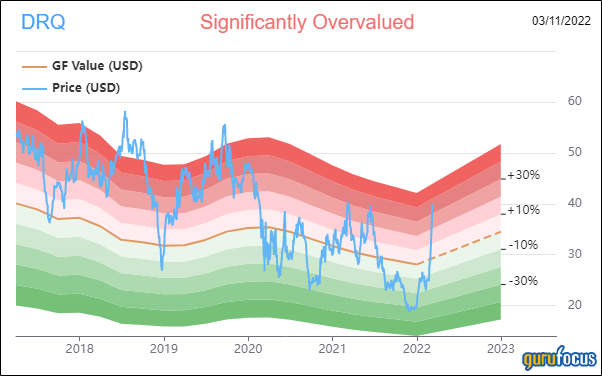 GuruFocus rated Dril-Quip’s financial strength 8 out of 10 on the back of a robust Altman Z-Score of 9.38 that indicates it is in good standing even though revenue per share has declined in recent years.

The company’s profitability scored a 5 out of 10 rating, weighed down by negative margins and returns on equity, assets and capital that underperform a majority of competitors. Dril-Quip also has a moderate Piotroski F-Score of 4 out of 9, meaning operating conditions are typical for a stable company, and a predictability rank of one out of five stars. According to GuruFocus, companies with this rank return an average of 1.1% annually over a 10-year period.

Of the gurus invested in Dril-Quip,

The company, which is headquartered in Newport Beach, California, is a marketer and distributor of natural gas. 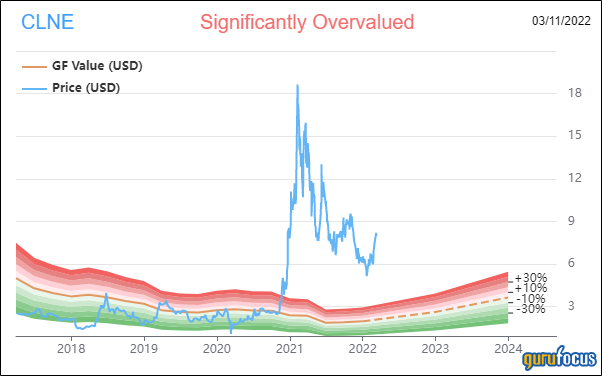 Clean Energy’s financial strength was rated 8 out of 10 by GuruFocus. The high Altman Z-Score of 4.61 indicates the company is in good standing.

The company’s profitability did not fare as well, scoring a 2 out of 10 rating on the back of negative margins and returns that underperform over half of its industry peers. Clean Energy Fuels also has a low Piotroski F-Score of 3, meaning operations are in poor shape. The company has also recorded a decline in revenue per share in recent years, resulting in its one-star predictability rank being on watch.

The Denver-based exploration and production company operates in the Rocky Mountain region of the U.S., producing oil and natural gas. 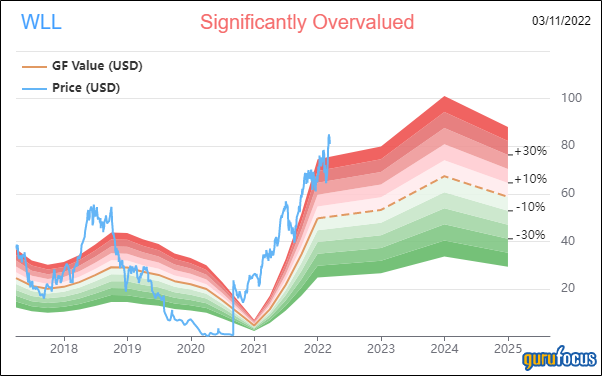 GuruFocus rated Whiting Petroleum’s financial strength 8 out of 10, driven by a comfortable level of interest coverage and a high Altman Z-Score of 3.83. The return on invested capital also overshadows the weighted average cost of capital, meaning value is being created as the company grows.

The company’s profitability scored a 4 out of 10 rating despite having margins and returns that top a majority of competitors. Whiting Petroleum is also supported by a high Piotroski F-Score of 7, indicating operations are healthy, and a one-star predictability rank.

Hotchkis & Wiley is the company’s largest guru shareholder with 0.80% of its outstanding shares. Other top guru investors are

Headquartered in Houston, Tellurian is an exploration and production company that is building a portfolio of natural gas production, LNG marketing and infrastructure assets. 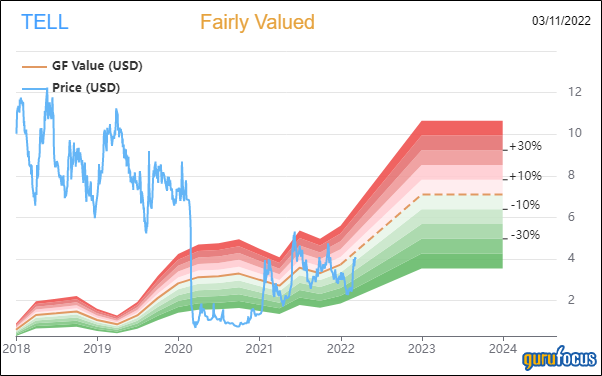 Tellurian’s financial strength was rated 7 out of 10 by GuruFocus, boosted by a high Altman Z-Score of 3.99.

The company’s profitability did not fare as well with a 2 out of 10 rating as its negative margins and returns underperform a majority of its industry peers. Tellurian is supported, however, by a moderate Piotroski F-Score of 5 and a one-star predictability rank.

Simons’ firm has the largest stake in Tellurian currently with 1.37% of its outstanding shares.

The Tulsa, Oklahoma-based company operates a fleet of oil and gas drilling rigs. 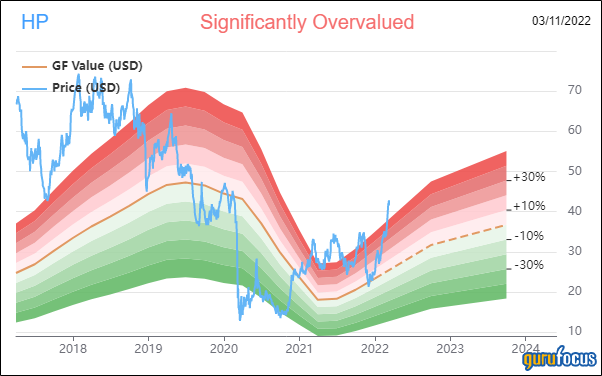 GuruFocus rated Helmerich & Payne’s financial strength 6 out of 10. The Altman Z-Score of 2.65 suggests the company is under some pressure currently as revenue per share has declined over the past several years.

The company’s profitability also fared well with a 5 out of 10 rating, though it is being weighed down by negative margins and returns that underperform a majority of competitors. However, Helmerich & Payne is being supported by a moderate Piotroski F-Score of 5 and a one-star predictability rank.

With a 0.99% stake, Fisher is the Helmerich & Payne’s largest guru shareholder.

Other companies that also qualified for the screener were ProPetro Holding Corp. (