DOCU, Financial) sank by 20.1% last week as a result of disappointing revenue guidance for fiscal 2023, all but erasing the gain it made during the Covid-19 pandemic.

Executives said they expect revenue for fiscal 2023 to fall between $2.47 billion and $2.48 billion, failing to meet analysts’ projection of $2.61 billion.

Subscription revenue growth should slow down, the company added, estimating that it will likely be between $2.39 billion to $2.41 billion. Billings – representing new customer sales, subscription renewals and add-on sales for existing customers – were also disappointing, projected to come in at $2.71 billion and $2.73 billion, another poor comparison with 2022.

The San Francisco-based company “warned in December that its growth would likely be hampered as people returned to more normalized working and buying patterns as the pandemic faded,” The Wall Street Journal reported. Executives said at the time “that it would invest in increasing its sales efforts, increase marketing spending and spend more on product innovation.” Its business has suffered as Covid recedes and more employees are making their way back to their offices. The share price tripled in 2020, but fell almost 32% last year. Shares closed on Friday at $75.01, a decline of about 51% so far this year. 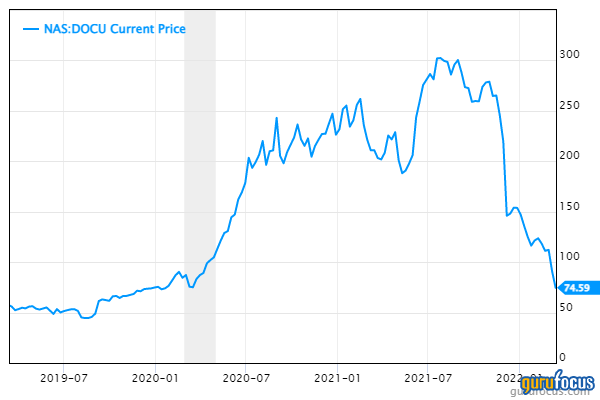 Despite the sell-off on Friday, the electronic document company's fourth-quarter 2022 results were not bad. Revenue rose 35% year over year during the period, the company reported, reaching $581 million and running ahead of analysts' average forecast of $561 million. Non-GAAP adjusted earnings per share were 48 cents, a sizeable increase from the year-ago period’s 37 cents. In addition, free cash flow climbed from $44 million in the previous year’s quarter to $70.3 million. 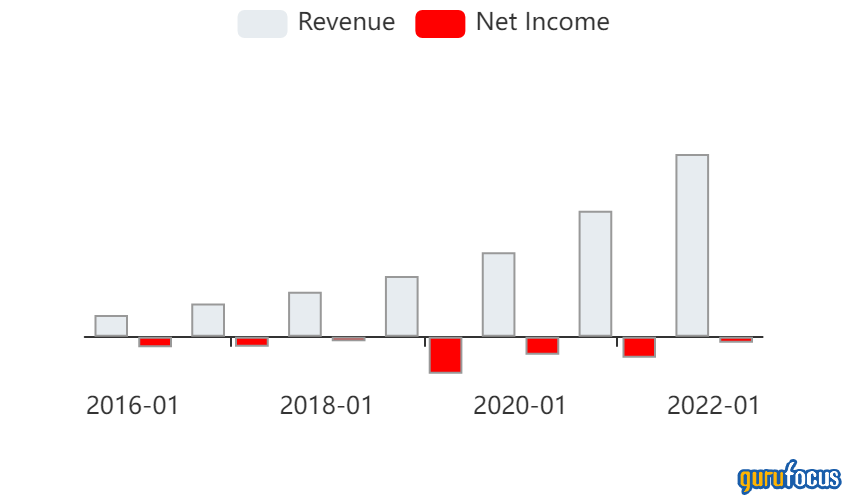 "In fiscal 2022, we grew revenues by 45% and billings by 37% year-over year, while generating record operating and cash flow margins," CEO Dan Springer said. "While the year unfolded differently than expected, we are proud of the ongoing performance and resilience of our team as we scaled to become a multi-billion dollar company. Together, we helped another 280,000 new customers begin digitizing how they agree as we surpassed 1.17 million total customers overall."

Looking ahead to fiscal 2023, Springer continued, digital transformation and the need to agree from anywhere remains a high priority for organizations across the globe. As people begin to return to the office, “they are not returning to paper. ESignature and the broader Agreement Cloud will only continue to gain prominence in the evolving Anywhere Economy."