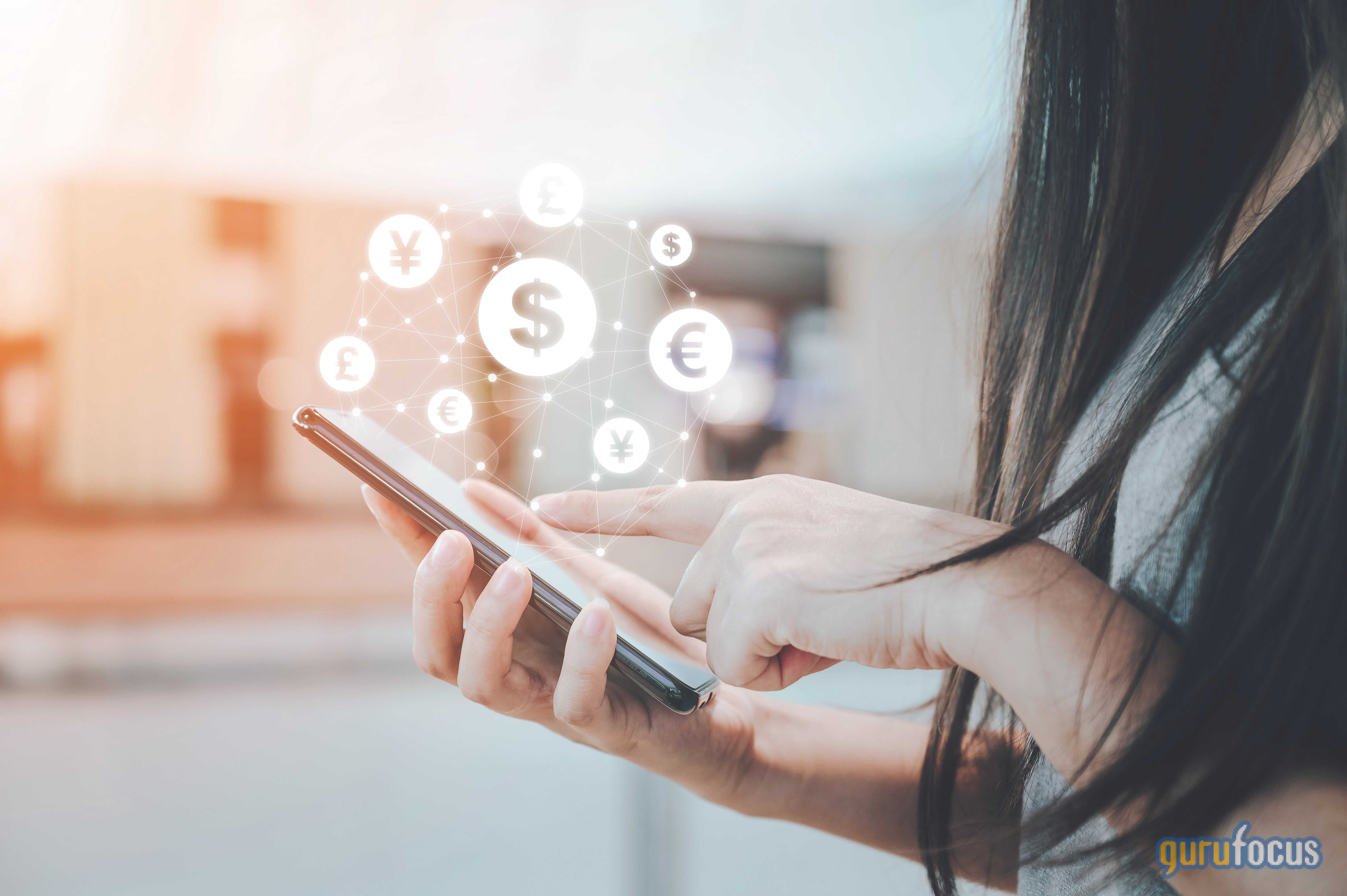 The global programmatic advertising market is expected to reach $150 billion by 2023, representing a 22% annual growth rate, according to data by Market Research Future.

TBLA, Financial) is poised to ride this trend as a leading content discovery and marketing software provider. The firm connects advertisers with their target audiences via premium content publishers such as USA Today, NBC, BBC, Business Insider and more.

In addition, they allow websites to be personalized to each user based on how they interact with it. As a digital consultant, I like to say “Personalization = Profit” - multiple studies show a more personal experience results in a better user experience and low cost per click for advertisers. Taboola even gives websites the ability to A/B test different pages and execute on actionable insights.

Taboola is part of what they call the “open web," whereas other ad providers such as Meta Platforms (

FB, Financial) and even Alphabet's (GOOG, Financial)(GOOGL, Financial) operate with a “walled garden” method of advertising. Google and Meta currently receive approximately 80% of the world’s global advertising spend. Taboola and other ad tech platforms aim to offer a better service for the open web and potentially disrupt the incumbents.

This can be seen as a competitive advantage. Partnerships with premium publishers are becoming vital as Google has announced a series of search algorithm updates to combat what it calls "fake news," though some accuse Google of simply wanting another excuse to line its own pockets. The new updates focus on ranking “premium publishers” more favorably, such as CNBC, NBC, etc.

Google owns the number one web browser Chrome, and it is expected to ban third party cookies on this browser by 2023. The idea of this is to combat privacy issues, but Google has also come under fire by critics who state this will further monopolize Google’s advertising position. For example, currently, if an advertiser is running a campaign on Facebook to a website, they will track users with what is called a “Facebook Pixel,” which is a type of third party cookie. However, if Google implemented this change, the cookie would be blocked. Facebook is working on a workaround, but these are signs the landscape is changing.

The good news is, Taboola uses a first party cookie and context-based advertising. Thus, the firm is poised to take advantage of this new advertising world of no third party cookies.

Ron Baron (Trades, Portfolio) is a fan Ron Baron (Trades, Portfolio) of Baron Funds is a legendary growth stock investor who is most famous for being an early Tesla (TSLA, Financial) investor. Baron was buying Taboola stock the third quarter of 2021, during which shares traded between $8 and $9 apiece. Since then, the stock is down approximately 51%.

I believe this decline is mainly due to high inflation and a suspected rise in interest rates, which has impacted the valuation of all growth stocks. Personally, I don't see anything about Taboola in particular that might have caused this decline. 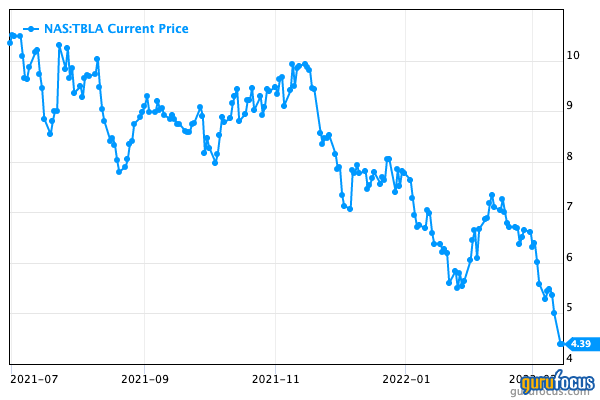 In order to value Taboola's stock, I have plugged the latest financials into my valuation model. I have predicted a 20% growth rate on the revenues for the next five years and margins to increase as the company's R&D spending starts to pay off. 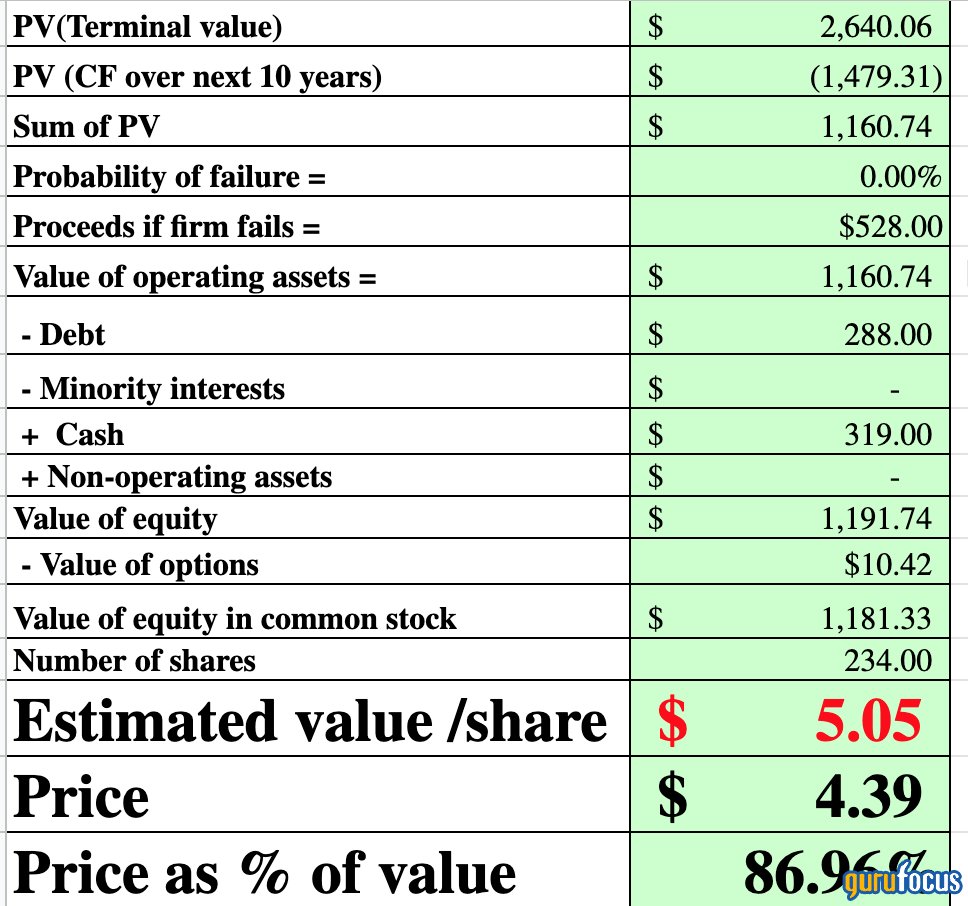 Given these factors, I get a fair value estimate of $5 per share. The stock is trading at $4.39 as of the writing of this article and thus is 13% undervalued.

On the other hand, Wall Street analysts have an average price target of $11 for the stock, which represents more than 100% upside from its current price. The firm also trades at an adjusted forward price-earnings ratio of 13.5 , which is a 24% discount against the sector median of 17.7. 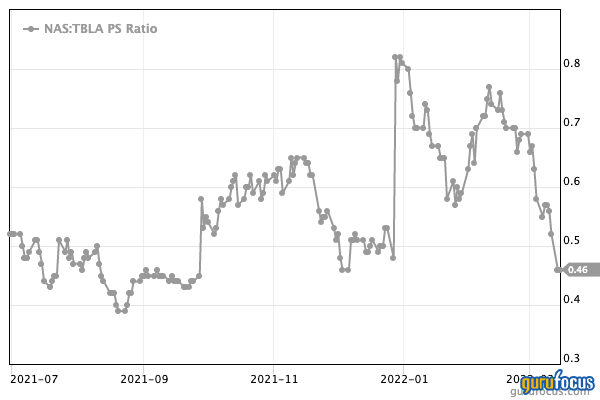 Taboola is a leading ad tech company that I expect to continue to grow revenues at over 20% for the next five years at least. The firm is backed by growth stock investor

Ron Baron (Trades, Portfolio) and has seen a large sell off mainly due to macroeconomic factors such as inflation and a suspected rise in interest rates. The stock is now undervalued by 13% based on my discounted cash flow model. Wall Street is even more bullish on the stock. Given the small market cap of the stock and current opportunities, I would personally be looking for a larger margin of safety of 25% or more. However, this stock is definitely one to watch.
Also check out: