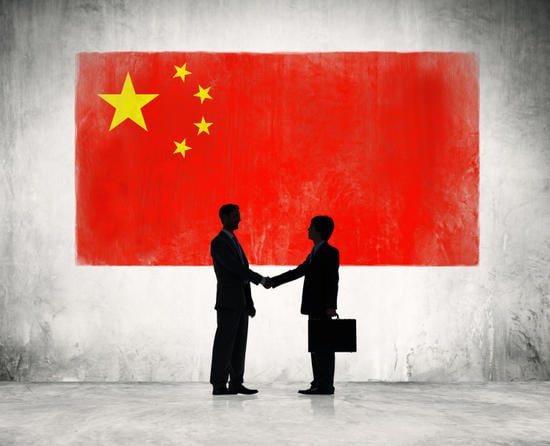 The shares of U.S.-listed Chinese tech stocks such as Alibaba (

BABA, Financial) and Tencent (TCEHY, Financial) booked strong gains on Wednesday morning following the news that China’s regulatory crackdown on big tech could be drawing to a close soon. 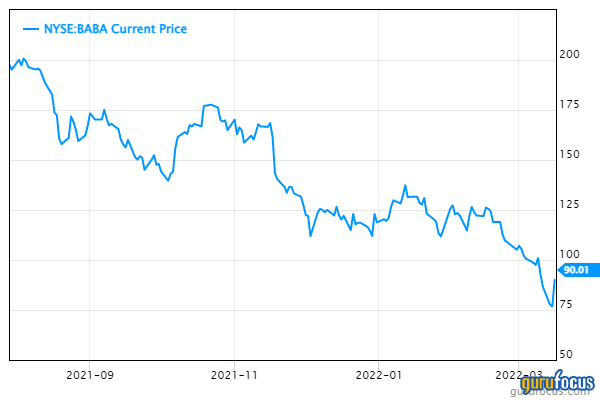 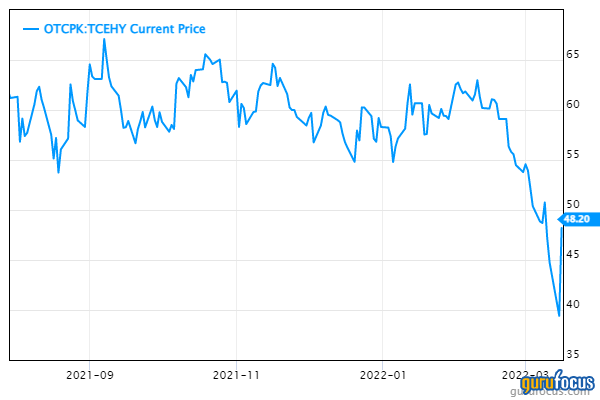 One of the great debates among value investors in recent years has been whether it is worth the risk to invest in undervalued Chinese tech stocks due to regulatory concerns.

When stocks are steeply discounted, there’s typically a reason, and for the likes of Alibaba, part of it was uncertainty on just how far the regulatory crackdown would go. Would regulators slap a fine on big tech companies and be done with it? Would they put a cap on the amount of money or range of businesses companies were allowed to handle?

According to recent reports from Chinese and U.S. regulators, both countries are working towards a cooperation plan on Chinese stocks listed in the U.S.

On Wednesday, China’s state media reported that it supports the listing of Chinese companies overseas, and that its crackdown on the technology sector should end soon.

This will likely play a key role in dispersing the “fear of the unknown” that has plagued Chinese stocks during the regulatory crackdown. Without a clear picture of the regulatory risks these companies faced, many investors were not willing to give them a chance. After all, how do you determine a stock’s risk-reward profile if you don’t even know what the risks are?

While the end of the regulatory crackdown is essential to stock prices rising again in the long-term, another dark cloud still remains for the U.S. listings of Chinese stocks: the Holding Foreign Companies Accountable Act (HFCAA) that the U.S. Congress passed in December of 2020, which threatens to delist and even ban companies from listing on U.S. exchanges if American regulators cannot review their audits for three consecutive years.

That’s why the U.S. listings of Chinese stocks have become even more undervalued than their foreign counterparts; if they are delisted by the U.S. government, investors will book a total loss.

Even though Wall Street lobbied against this law, it was passed, and even if some investors seem to have mostly put it out of their minds, it is still very much a threat to the U.S. listings of foreign companies. Just last Thursday, the SEC signaled its intention to delist five Chinese firms due to non-compliance with HFCAA: Yum China (

Is the end really in sight?

While the situation has become more optimistic as regulators in the U.S. and China work together to resolve disagreements, the situation is still uncertain.

On March 11, the China Securities Regulatory Commission (CSRC) responded to a reporter inquiry on the SEC’s addition of five companies to its delisting list as follows:

“We respect the actions taken by overseas regulators to enhance oversight of relevant accounting firms so as to improve the quality of financial disclosure by listed companies. However, we stand firmly against politicizing securities regulation. We have always held an open attitude and upheld the spirit of cooperation, and are willing to resolve issues related to the US regulator’s inspection and investigation of PCAOB-registered accounting firms headquartered in China through regulatory cooperation, which is in line with international common practices.”

From this statement, it is clear that while the CSRC is on board for improving accounting standards, it disagrees with the purely political nature of the HFCAA. It’s important to remember that the real purpose of this law was never to improve accounting standards; it exists to delist companies that count the Chinese government among their customers, regardless of any collateral damage that may occur.

However, the CSRC also stated:

“Recently, the CSRC and Ministry of Finance have been engaging with the US Public Company Accounting Oversight Board (PCAOB) and made positive progress. We believe the two sides will be able to jointly work out cooperation arrangements that comply with the legal and regulatory requirements of both countries in an expedited manner, to better protect global investors and promote the stability and robustness of the two capital markets.”

The clock is ticking on the three-year deadline for the HFCAA to take effect and boot out U.S.-listed Chinese stocks, so hopefully, regulators can come to a mutually agreeable situation before then.

Ultimately, whether or not U.S.-listed Chinese tech stocks represent a compelling value opportunity still hinges on how quickly and effectively regulatory concerns can be resolved on both sides.

If regulatory concerns are successfully navigated, investors in these stocks could benefit hugely in the long-term. Even after recent gains, Alibaba and Tencent are still in significantly undervalued territory based on their GF Value charts. The iShares MSCI China ETF (

MCHI, Financial) is down 45% year-over-year and has a price-earnings ratio of just 12.7.

Charlie Munger (Trades, Portfolio), who established a holding in Alibaba for the Daily Journal (DJCO, Financial) portfolio in the first quarter of 2021 and continued adding to the position throughout the rest of the year.

Other gurus that remain invested in Alibaba include

In a December 2021 interview with Michelle Marki,

Mohnish Pabrai (Trades, Portfolio) claimed that he sold his Alibaba position in order to invest in Tencent indirectly via Prosus NV (XAMS:PRX, Financial), a Dutch internet holding company that owns a significant stake in Tencent, at some point in the future, though as of the end of the 2021 fourth quarter, Pabrai’s firm had not included Prosus in its 13F reports.

Chinese tech stocks have gotten a long-awaited shot in the arm from Wednesday’s news that regulators are making progress in working out a solution to satisfy both the SEC and the CSRC. Things still remain highly uncertain, but investors have gotten some measure of clarity on the situation.

Trouble could be stirred up again leading up to the December 2023 deadline for the HFCAA to begin delisting stocks. Until then, it’s possible that optimism about the news of regulators working together could drive shares up further. Still, the investment case for Chinese tech stocks is better off being considered from a long-term perspective rather than a short-term one.