If you’ve never visited or lived in Southern California, you probably haven’t experienced one of the best fast-casual Mexican restaurants in the country. With about 71% of sales derived from the California market, El Pollo Loco Holdings Inc. (

LOCO, Financial) is a popular, healthy and tasty treat. El Pollo Loco is Spanish for “the crazy chicken.” The first location was opened in 1980 in Los Angeles and has grown into a restaurant system of approximately 480 restaurants, comprised of 189 company-operated and 291 franchised restaurants as of year-end 2021. The states in which the restaurants are located include California, Arizona, Nevada, Texas, Utah and Louisiana.

The company claims to be highly differentiated from other similar concepts because it specializes in fire-grilling fresh, citrus-marinated chicken in front of the restaurant customers. It operates in the fast-casual segment, but offers higher-quality food that is not typical of other similar restaurant chains, while still providing the speed, convenience and value typical of that genre of restaurants.

The menu features the company's “hero” product, which is its signature citrus-marinated, fire-grilled chicken and a variety of innovative entrees that are created from it, accompanied by hand-sliced avocados and homemade salsas and guacamole.

If the author sounds like a dedicated and loyal fan, that is because he is. The company went public in July 2014 and has a current market capitalization of $416 million.

According to the company, the food combines the culinary traditions of Mexico with the healthier lifestyle of Southern California. With a modern restaurant environment and reasonable price points on the menu, El Pollo Loco believes it is well positioned to appeal to the core Hispanic family market as well as to the broader general market.

The company reported strong financial results in 2021, though some of that was due to easy comparisons to 2020, which was negatively affected by the Covid-19 pandemic. Revenue increased 6.6% for the year, which was helped by 6.2% increase in comp sales during the fourth quarter. Adjusted Ebitda increased 2.9% while net income increased 12.3% to $31.5 million. The company noted that wage increases and higher operating and input costs had a negative impact on financial results last year and are continuing in 2022. 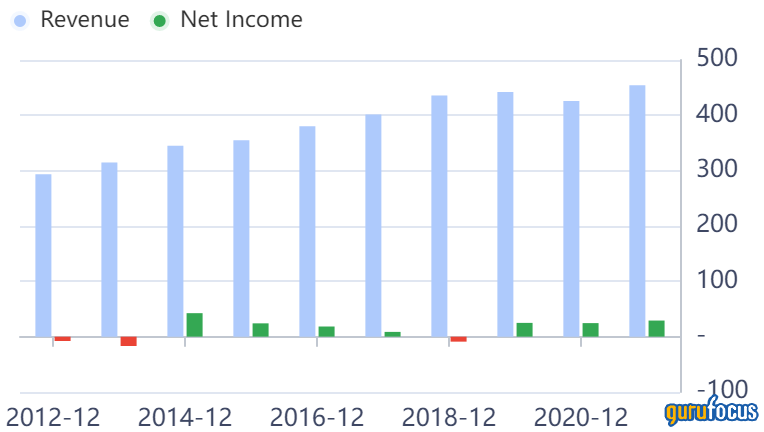 The company maintains a safe balance sheet with total debt of $40 million and cash and equivalents of $30 million. As a restaurant operator with 189 owned and operated stores, it does have large lease liability of $191 million. Roughly half of these leases expired over the next five years, giving the company flexibility in terms of store location management. 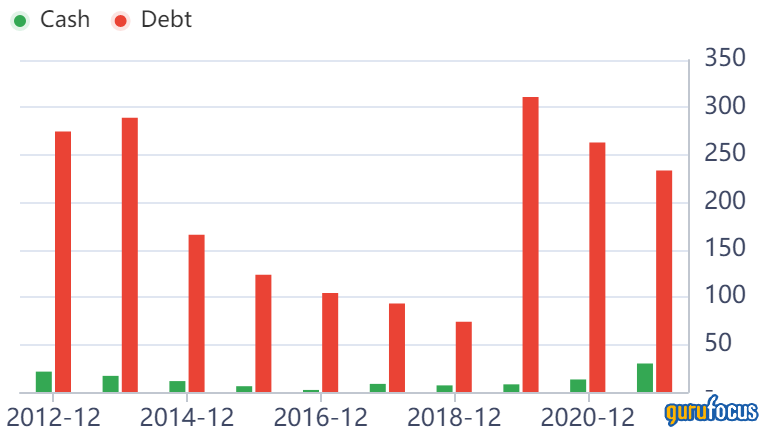 With 60% of the total restaurant count being franchises, the company traditionally generates strong free cash flow. Free cash flow generation of the past three years have been $35 million, $33.8 million, and $20.7 million.

2022 may be a tough year for El Pollo Loco and the restaurant industry as a whole. A popular restaurant exchange-traded fund, AdvisorShares Restaurant (

EATZ, Financial), is down 8.3% year to date and down approximately 22% over the past 12 months. Restaurants experienced their third consecutive week of negative year-over-year traffic growth, which may portend tough sales performance going forward. Wage pressures and inflation will continue to take a bit out of margins if price increases at the store level don’t increase enough to cover those cost increases.

As a results, analyst earnings per share estimates show a decline this year to 67 cents from adjusted earnings of 87 per share in 2021. The company has not provided guidance for 2022 due the uncertainty surrounding these costs as well as Covid-19 issues. At 16 times these depressed earnings, El Pollo Loco is not trading at excessive valuations. Analysts expect earnings to rebound in 2023 to 87 cents per share, which would put the stock trading at only 13 times forward earnings.

El Pollo Loco appears to be undervalued when looking out past a difficult 2022. The company only operates in six states at this time, so there exists plenty of room for expansion and new unit growth. The company does not pay a dividend, but does repurchase shares, the most recent occurring in 2019.

With the stock trading near 52-week lows due to cost and labor issues and plenty of growth opportunities ahead, this may be an attractive entry point for the stock.