Is a well-known recession indicator signaling trouble ahead? 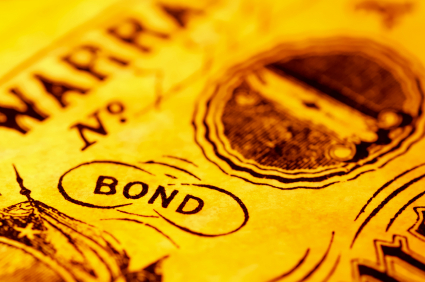 Fisher Investments’ research analysts have observed an uptick in handwringing over the U.S. Treasury yield curve—the plot of U.S. government bond yields across a range of maturities—flattening. Some claim the curve has even inverted (i.e., short-term rates topping long) at various points. Historically, yield curve inversions spell trouble, having preceded most of the 12 U.S. recessions after World War II.[i] However, Fisher Investments’ research suggests today’s fears are likely to prove mistaken: Viewed correctly, the yield curve doesn’t appear to be signaling recession is ahead at all—it is actually doing just the opposite. Let us explain.

Why the Yield Curve Matters

Before we move on, Fisher Investments thinks it is critical to understand why the yield curve is important economically—the source of its predictive powers. The yield curve affects banks’ potential margins on new loans. Their core business is to borrow short and lend long. The difference between short-term rates and long-term rates is a proxy for new loans’ profitability.

When the yield curve steepens, the spread between long and short rates widens—meaning a higher profit margin, which incents banks to lend. But an inverted yield curve hurts banks’ profit margins, discouraging new lending. If the yield curve remains deeply inverted for long enough on a global basis—weighing on banks’ eagerness to lend—businesses have trouble accessing capital to spend and invest, which Fisher Investments finds often leads to recession.

Fisher Investments agrees the yield curve is an important economic indicator, and inversion is typically a harbinger of recession at some point in the not-so-distant future. But not all inversions are equal. Recent headlines focus on inversions of certain segments of the yield curve—e.g., the five-year Treasury yield exceeding the 30-year yield. That has prompted projections that two-year yields will eventually overtake 10-year yields—which many pundits treat as the most revealing part of the yield curve. This spread has narrowed from 0.79 percentage point at 2021’s start to 0.11 percentage point in March’s final days.[ii]

Fisher Investments disagrees this narrowing spread is troubling economically, and the reason goes back to banks’ business model. According to Fisher Investments’ research, banks get most of their funding from overnight or three-month rates via interbank lending or checkable deposits, not two-year or five-year deposits. So that makes the full yield curve’s shape most meaningful to banks’ profit margins, in our view.

Based on Fisher Investments’ research, many financial commentators are overlooking a positive development: The full yield curve has actually steepened recently. The spread between 10-year and three-month yields has widened from 1.46 points on Dec. 31, 2021 to 1.87 points on March 28.[iii] Over the same timeframe, the spread between the 10-year yield and fed funds rate has climbed from 1.45 points to 2.15 points.[iv] We think the 10-year is the best proxy for lending revenues since it is the reference rate for most long-term loans, but if you are curious, spreads with 30-year yields are 1.98 points and 2.24 points for the three-month yield and fed funds rate, respectively.[v] Don’t read too much into short-term moves, whether positive or negative. But considering all the fretting over the yield curve’s allegedly troubling signals, reality is sending the opposite message of recession today—which many observers seem to miss.

How Fisher Investments Thinks Investors Can Use This Information

Based on Fisher Investments’ experience, stock prices move most on the gap between expectations and reality. Right now, the consensus view appears to be that economic growth will slow meaningfully—and some even worry a recession is inevitable. But based on economic fundamentals—including the yield curve—Fisher Investments thinks reality is likely to turn out better than projected right now. As investors recognize the economic environment is brighter than they anticipated, we think they will become more willing to bid stock prices higher—driving the bull market further up the proverbial wall of worry. In our view, today’s yield curve concerns are just another brick in that wall for the bull market to overcome.

Investing in securities involves a risk of loss. Past performance is never a guarantee of future returns. Investing in foreign stock markets involves additional risks, such as the risk of currency fluctuations.

This article reflects the opinions, viewpoints and commentary of Fisher Investments editorial staff, which is subject to change at any time without notice. Market Information is provided for illustrative and informational purposes only. Nothing in this article constitutes investment advice or any recommendation to buy or sell any particular security or that a particular transaction or investment strategy is suitable for any specific person.

[i] Source: National Bureau of Economic Research and the Federal Reserve Bank of San Francisco, as of 3/29/2022.