Norton is a leader in consumer antivirus software 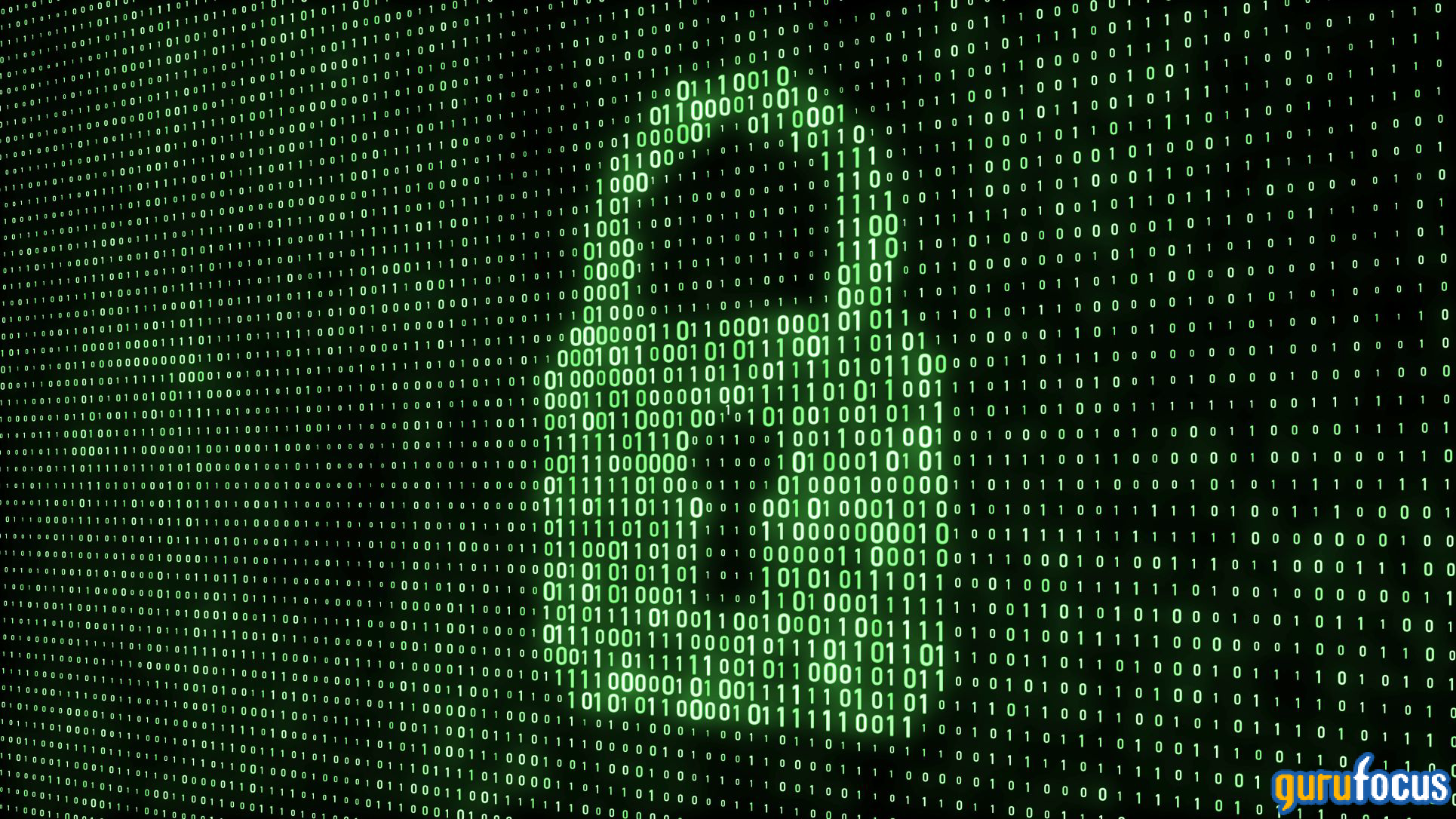 NLOK, Financial) is leader in consumer-focused cybersecurity in the U.S. It is most famous for its flagship antivirus products, but it is making strides to bring itself into the new era of cybersecurity.

The company’s share price has been very volatile over the past decade but generally hovered around the $25 price point. 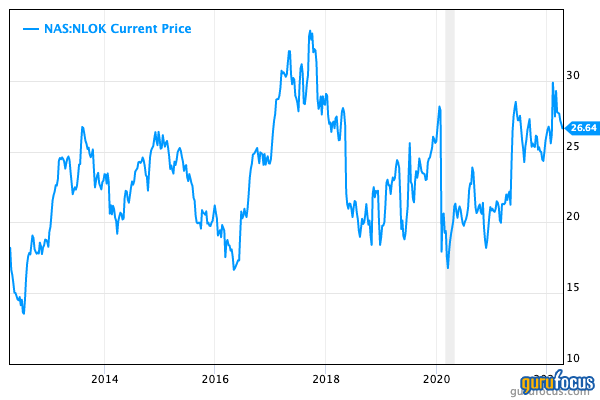 What made me take note of this stock, despite its lackluster performance in recent years, is that it is a holding of value Investor

Seth Klarman (Trades, Portfolio) of the Baupost Group. In fact, Baupost initiated its holding in the stock in the fourth quarter of 2021, during which shares traded for an average price of $25 apiece, which is close to where the stock trades as of the writing of this article. Let's dive into the business model and financials to see why I believe this stock is fairly valued.

NortonLifeLock is a leading provider of consumer-focused antivirus software, which offers protection across three categories: security, identity and privacy. Their flagship Norton 360 product is an easy-to-use platform which helps consumers to protect themselves against the growing cyber threats online.

Sales are made to the customer by multiple channels which include direct to consumer, freemium and partnerships. The company generally entices customers in with free or low cost products before aiming to move them up the value chain to more premium products.

Norton has recently proposed a merger with Avast (

LSE:AVST, Financial), another antivirus provider which offers both consumer and product synergies, especially on the privacy and identity side. This could lead to meaningful growth in both revenue and long term shareholder value. However, the merger has recently come under fire from U.K. regulators, who are concerned that the close competitors merging could result in “U.K. consumers getting a worse deal when looking for cyber safety software in the future,” according to the Competition and Markets Authority (CMA).

Norton operates in a heavily competitive industry in its home market of the U.S., with McAfee (

MCFE, Financial), Microsoft (MSFT, Financial) and many other low cost and free antivirus providers, though the same can't be said of the U.K. market. Thus, I expect further industry consolidation.

Norton has been growing revenue at a solid 10% rate in recent years, and they expect this to continue for revenue of $2.8 billion in the next full fiscal year. Earning per share (EPS) is also expected to pop to $1.75, above the prior guidance of $1.65. 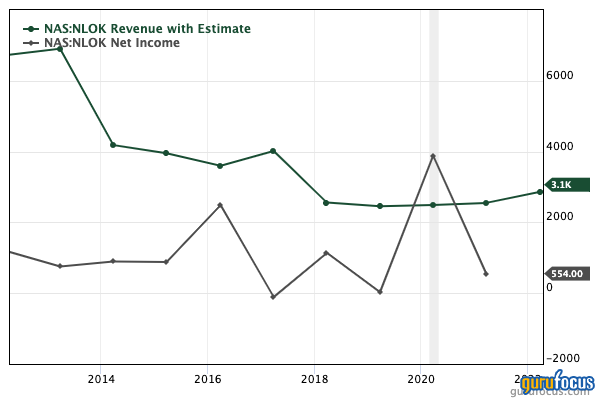 The board also declared a quarterly cash dividend of $0.125 per common share, with a dividend yield of a modest 0.52%.

In terms of valuation, the stock looks to be fairly valued according to the GF Value line, a unique intrinsic value calculation from GuruFocus. 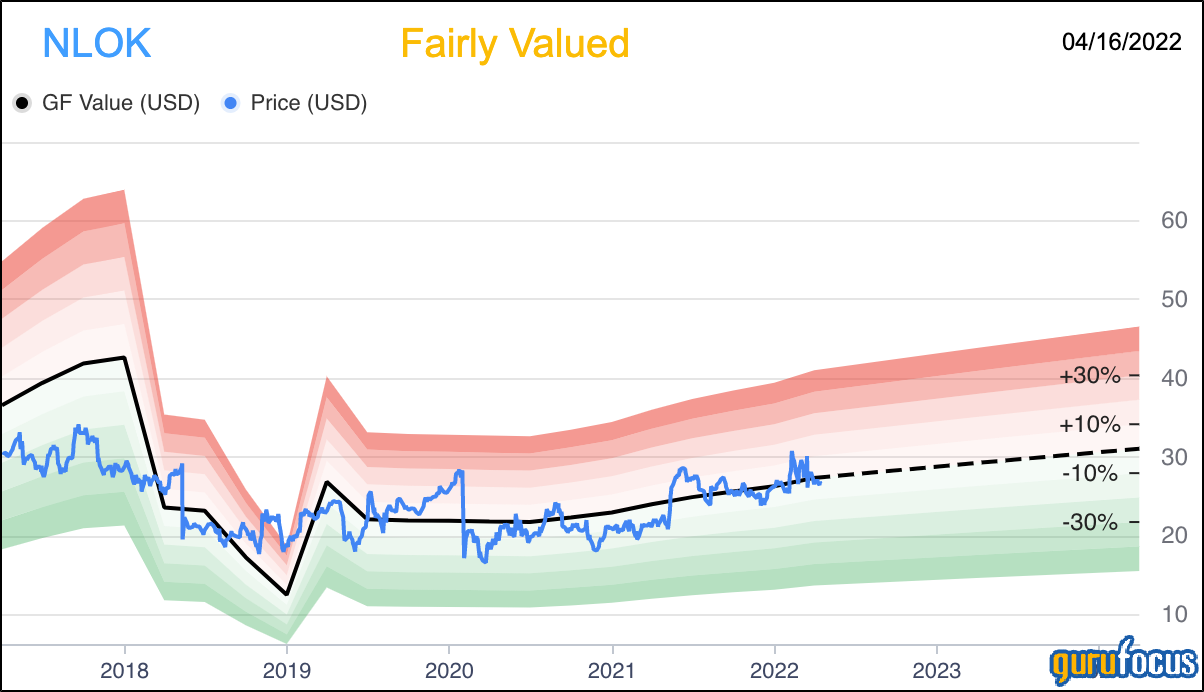 I agree with the GF Value on this one. Norton is a fantastic company and an emerging leader in the consumer-focused cybersecurity industry. The company’s merger with Avast definitely seems like a smart move, but the pushback by U.K. regulators over the deal's anti-competitive nature for the U.K. market could cause it to fall through. Due to the competitive nature of the industry, I expect further consolidation though, even if it doesn't come from Avast. If I already owned shares, I would be holding, but since I'm not yet a shareholder, I would look for a larger margin of safety given the acquisition uncertainty.