The established fintech partners with companies like Apple and Amazon

GDOT, Financial) is one of the oldest fintech companies around. The company was a pioneer in prepaid debit cards, such as the Walmart Money Card and TurboTax Debit Card.

In 2007, it raised $20 million in funding from leading venture capital investors such as Sequoia Capital. However, since 2012, the company’s share price has been very volatile and still trades at a similar level today. This is mainly due to a surge of competitors entering the fintech market over the past decade such as Block Inc. ( 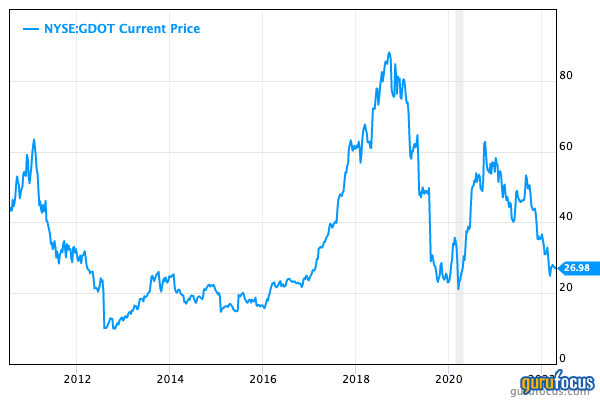 Green Dot has a lot going for it; it is an established fintech company and a registered bank. This is very different to most fintech companies, which are generally not banks and have to “rent their balance sheets” from banking partners. Green Dot is in a unique position to offer the best of both worlds.

WMT, Financial) Money Card and Turbo Tax Debit Card. However, the company has also offered co-branded card programs for other major company’s such as AT&T (T, Financial) and Citibank (C, Financial). It also offers bank accounts, such as the 2% savings account for Walmart Money card customers. In addition, it has distribution arrangements with more than 90,000 retail locations. Green Dot offers a “banking as a service” platform to major technology companies such as Apple (AAPL, Financial) (Apple Pay Cash), Uber (UBER, Financial) and even Amazon (AMZN, Financial).

Green Dot offers PayCard programs, which solve a variety of corporate enterprise problems, such as eliminating the need for paper checks, reducing costs and improving efficiency. This can enable on-demand employee wage access and instant digital pay options. The Money Movement Services segment enables the movement of cash on behalf of consumers and businesses, such as money processing services and tax refund processing services.

To enable protection of its technology, Green Dot has 13 issued patents, two published patents and one patent application pending. The remaining terms for the patents vary between four and 20 years. 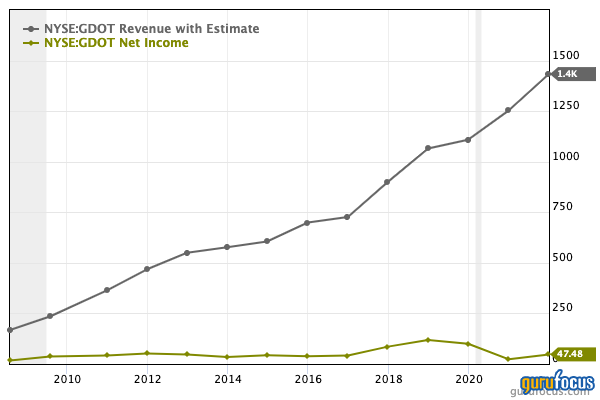 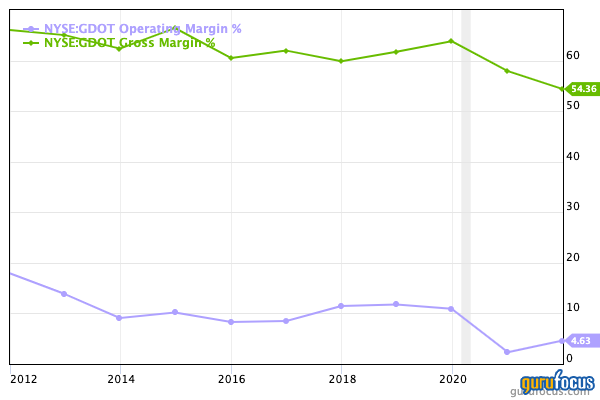 In terms of valuation, the company is undervalued relative to historical multiples. However, the GF Value Line suggests it could be a possible value trap. 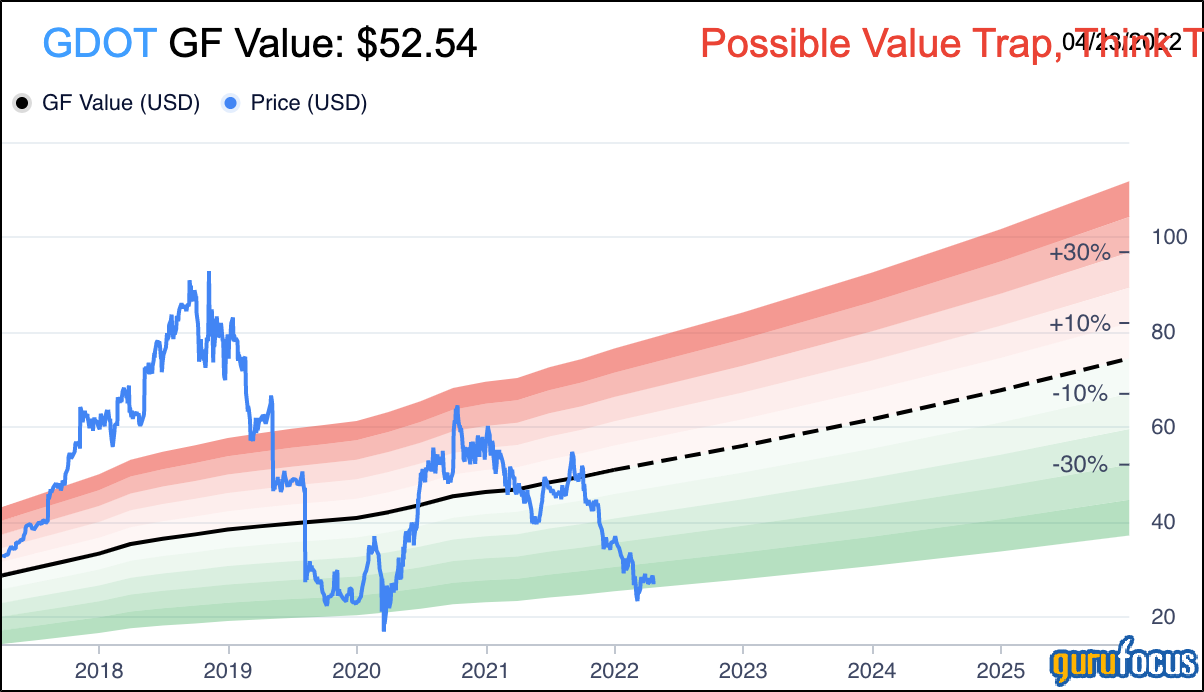 Gotham Asset Management's Greenblatt invested in the stock in the fourth quarter of 2021 at an average price of $40 per share. The stock has fallen 33% since his purchase.

Green Dot has everything going for it on paper. It is an established fintech company with a unique banking license and many gigantic industry partnerships.

However, the financials tell a different story of margin reduction and slow profit growth. The company recently announced a new experienced CEO and a share buyback plan. This could be the sign of a turnaround and possibly why Greenblatt invested, but the path ahead is still long.