The company remains focused on growth amid external challenges 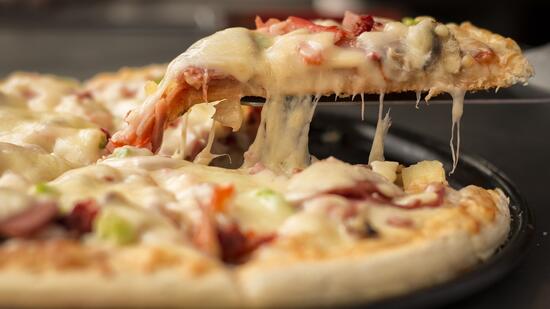 Chinese companies listed in the United States have recovered after Chinese securities officials announced they might allow American authorities access to perform accounting audits. The Chinese government has been cracking down on big tech companies for alleged monopolistic tactics, as well as real estate developers' heavy reliance on debt, over the last two years.

Since 2020, the Chinese government has imposed penalties on a few tech companies for data security breaches and alleged monopolistic practices as well. Shares of Chinese companies came under pressure last February after the U.S. Securities and Exchange Commission began identifying Chinese companies that could be delisted if audit standards were not met as well, so it would be reasonable to conclude that investors who had significant exposure to Chinese companies have fared poorly since March 2020.

YUMC, Financial), BeiGene Ltd. (BGNE, Financial), Zai Lab Ltd. (ZLAB, Financial), ACM Research Inc. (ACMR, Financial) and HUTCHMED Ltd. (HCM, Financial), for violating the Holding Foreign Companies Accountable Act, which was passed in 2020. This law allows the SEC to bar companies from trading and delist them from U.S. exchanges if American regulators are unable to review company audits for three years in a row. However, the SEC has not proceeded to delist any of these companies as three years must pass before de-listing. The earliest a company might be delisted would be 2024.

China, on the other hand, recently announced its intention to support Chinese companies listed in the U.S. The China Securities Regulatory Commission has proposed amending a rule that prohibits companies from sharing sensitive data and financial information with foreign regulators. Under the new rule, U.S. regulators might get the legal right to examine audit reports of Chinese companies listed in New York, which would allow more than 200 Chinese companies to continue trading publicly in the United States. The regulator eliminated a requirement that financial document examinations of overseas-listed Chinese enterprises be primarily done by Chinese regulatory agencies. The new draft states that inspections will be carried out via cross-border regulatory cooperation with the CSRC assisting in the process. All companies listed overseas, according to the CSRC, will be responsible for appropriately managing secret and sensitive information as well as preserving national security.

As the new rules provide relief to Chinese stocks, it may be a good time to consider companies that exhibit strong fundamentals and have done exceptionally well during the Covid-19 virus-induced recession. Yum China (

YUMC, Financial) is one company that has continued to operate successfully during what is widely regarded as the most challenging period for the restaurant industry in recent history. The company's online presence, which it had established before the outbreak of the pandemic, assisted its business operations immensely in the first half of 2020.

Yum China is a Chinese Fortune 500 fast-food restaurant company incorporated in the U.S. and the largest restaurant chain in China, operating KFC, Pizza Hut and Taco Bell franchises. In 2021, the company opened 1,806 stores, bringing its total number of locations to 11,788. The stock has dropped 32% since mid-April 2021 despite a strong financial performance, which presents a good opportunity for contrarian investors to consider investing in the company with a long-term view.

Yum China reported $2.3 billion in revenue for the fourth quarter of 2021, up 1% year over year in reported currency. This growth was facilitated by the strong performance of the KFC brand. In 2021, KFC opened around 1,200 new locations in 160 new cities. For the full year, Pizza Hut's same-store revenue increased by 7%, aided by a 10% increase in transaction volume. Pizza Hut opened over 300 new stores, the highest level seen since 2016.

As the regional outbreak of Covid-19 escalated toward the end of last year, same-store sales dropped 11%. Restaurant margins fell 50% to 7.5%, which was not an encouraging sign. The increasing health risks in key areas such as Beijing, Shanghai, Tianjin and Shenzhen resulted in a temporary closure of 500 stores. These restaurants only provided delivery and takeaway services in January, but same-store sales rose slightly from the fourth quarter but were still down year over year when compared to the Chinese New Year holiday period in 2021. Adjusted net income fell 93% to $11 million, or 3 cents per diluted share, from $153 million the previous year.

As stringent travel restrictions and social distancing reduced foot traffic, the company began innovating to stabilize its business to maintain its core competitive advantages. Yum China launched over 500 new or upgraded products and KFC partnered with popular Chinese brands - Zhou Hei Ya from Hubei and Wen He You from Hunan - to design innovative new menu items. In 2021, KFC launched 12 new regional dishes and expanded its menu from breakfast to late-night snacks. As a result of lower consumer demand, the company extended value promotions across all brands. KFC and Pizza Hut launched the Crazy Thursday and Scream Wednesday promotion schemes to offer effective value promotions while minimizing margin impact. The company also captured home consumption demand with off-premises services for both KFC and Pizza Hut. Off-premises services accounted for more than half of the company's sales when combined with takeout.

Delivery remained a key growth driver in the fourth quarter, offsetting a drop in dining traffic. Delivery increased 60% in 2021, compared to pre-pandemic levels in 2019, and accounted for approximately 32% of total sales. In 2021, KFC and Pizza Hut loyalty programs had over 360 million members and member sales accounted for roughly 60% of total sales. Digital sales exceeded $7 billion, representing an increase of more than 85%.

Yum China is also dealing with macroeconomic challenges, such as rising global inflation and slowing Chinese economic growth. Given these circumstances, the company is continuing to focus on increasing foot traffic as well as rebasing the cost structure and improving efficiency, which includes innovating the menu and expanding the supplier base, particularly local suppliers. However, the company expects to face commodity price pressures this year. Furthermore, an increase in the delivery sales mix will also raise overall costs. In 2022, the company plans to open approximately 1,000 to 1,200 new stores.

Despite Yum China's promising outlook and solid fundamentals, investors should keep a close eye on any new changes that Chinese officials may implement. Although Chinese companies are highly unlikely to be delisted from U.S. exchanges, the road ahead remains uncertain. Yum China is facing both structural and macroeconomic challenges, but is moving in the right direction by focusing on scaling its business to tap into new markets.