Short interest in EV charging companies is high, but you shouldn't lump the whole industry together 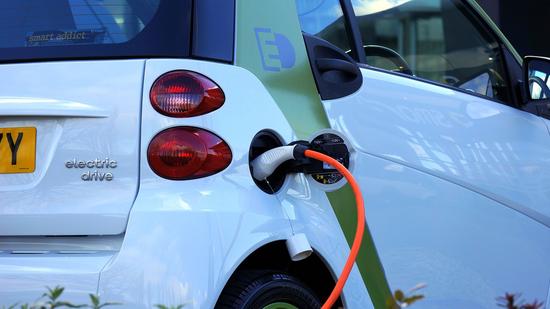 There was a time not very long ago that electric vehicle stocks were soaring. Investors sought the next Tesla Inc. (

TSLA, Financial) and started boosting every EV stock under the sun in an attempt to get a piece of the next big name.

However, things have changed dramatically with the shift from growth to value stocks. Even dominant player Tesla is down by almost 20% year to date, while others have plunged even more, like Rivian Automotive Inc. (

RIVN, Financial), which is off by more than 60%. EV stocks have taken charging stocks down with them, and there are several reasons for that. However, it's important to note that all EV charging stocks are not created equal.

For example, although most EV charging stocks have been trending lower over the past year, many of them continue to trade at high multiples. As a result, short-sellers have found plenty to like about shorting charging station operators.

On the other hand, the Biden administration's plan to build out EV charging infrastructure should boost revenue among these companies. The plan earmarks almost $5 billion over five years to build a network of EV charging stations along interstate highways.

The administration wants to build half a million charging stations by 2030. However, there is thus far little evidence that this "if you build it, they will come" mentality is translating to increasing service revenues for EV station operators.

Charging companies can't make money if no one is utilizing their stations, and Biden's plan to build more stations appears to be building up significant supply without the demand to back it up. The idea is undoubtedly that if there is a nationwide charging infrastructure, more people will buy electric vehicles.

However, what if the charging station operators go bankrupt before that demand arrives? This doesn't mean a bankruptcy filing is imminent for any of the companies on this list, but it is a concern that investors should look at before they make a decision.

Once again, all EV charging stocks are not created equal. A closer look at each company's business model is a better option than taking the same approach to the industry across the board.

Another apparent positive for the market is the fact that EVs' share of auto sales has been gradually increasing, and all those vehicles will need charging stations to make them viable for long-range travel. As sales of new cars plunged amid shortages of parts like computer chips, EV sales continued to grow.

The International Energy Agency reported that 6.6 million EVs were sold globally last year, accounting for 8.6% of all new car sales and more than doubling the share of the vehicles from 2020. In the U.S., the Department of Transportation reported that electric vehicles accounted for a record 4.5% of total vehicle sales in the fourth quarter.

Unfortunately, the increasing share of electric vehicles isn't being reflected in utilization rates of some EV charging station operators yet.

Considering all these potential issues, it comes as no surprise that short interest in most EV charging stocks is quite high. However, a closer look at each company's business model and the way they make money reveals why the high short interest in some may be warranted, but with others, the plummeting share prices might offer a buy-the-dip opportunity.

Here are several popular EV charging stocks and the potential problems and opportunities facing each.

BLNK, Financial) are down by more than 12% year to date and down by about 44% over the last year. Although the stock is off by 9% in the last five days, it is up by about 19% over the last month. About 31% of the float is sold short.

Blink Charging received grant money to deploy eight DC fast chargers in Massachusetts about a month ago. However, one concern facing the company is utilization levels at the rapidly growing number of stations it is deploying.

According to GuruFocus data, Blink is trading at a multiple of around 30 times 2022 sales. In the fourth quarter, the company reported only $1.8 million in service revenues, most of which come from drivers charging their vehicles at Blink stations. Product sales, which cover sales of the company's chargers, amounted to $5.7 million.

Of course, the services segment is where the high gross margins are, so growing services revenue should be management's focus. However, based on the most recent earnings call, it seems they are more focused on product sales. Blink Charging reported 272,000 registered members had used its chargers during the fourth quarter.

The company spends more than $20 million each quarter on operating expenses and has $175 million in cash on its balance sheet. However, Blink Charging burned almost $15 million in cash during the fourth quarter alone and spent another $7 million on capital expenditures.

There was a time when cash-burning tech companies were all the rage on Wall Street, but investors don't seem to have the patience for this anymore. As a result, cash burners like Blink Charging will continue to have a difficult time as long as investors favor value stocks.

VLTA, Financial) have plunged 72% over the past 12 months and are off by more than 61% year to date. The stock is down by about 29% over the last month and down approximately 7% in the last five days. More than 15% of the company's float is sold short.

About two weeks ago, Volta announced that founder Scott Mercer will step down as CEO after a transitional period, after which he will advise the board. Co-founder and President Chris Wendel has also resigned from the company and its board.

Volta's business model is different from those utilized by other EV charging station operators. The company offers free or ultra-low-cost charging, generating the bulk of its revenue through ad sales on the video screens installed around its charging stations. Like the other companies on this list, Volta is still unprofitable.

The jury is still out on whether Volta's business model is attractive or not.

CHPT, Financial) are down 33% for the last 12 months and 17% year to date, although they are up by about 11% for the past month. Almost 14% of the company's float is sold short, and it's trading at a price-sales multiple of around 21 times.

ChargePoint enjoys a first-mover advantage and makes its money by selling charging hardware, through cloud-service subscriptions and by offering maintenance services. The company continues to announce new partnerships with big names like Toyota (

ChargePoint beat sales estimates in fiscal 2022, coming in at $242 million, compared to the consensus that ranged from $235 million to $240 million. When the fiscal year started, the company guided for $195 million to $205 million for the year.

EVGO, Financial) are performing better than those of a lot of EV charging companies, and a close look at the numbers shows why. The stock is up by more than 20% year to date, recouping some of the value it has lost since late November. EVgo shares are up by about 5% for the last 12 months, up by more than 15% over the last month and up by almost 3% in the last five days.

About 29% of the company's float is sold short, and it's trading at a price-sales multiple of about 39. Although EVgo is losing money, its fourth-quarter sales and earnings beat estimates. The company posted $22.2 million in revenue for 2021, coming out slightly ahead of its previous guidance of $20 million to $22 million and ahead of guidance at $21 million.

Perhaps one of EVgo's best metrics is charging and software services revenue, which surged by more than 80% last year. This metric suggests the company might not be experiencing the same utilization problems as most of the companies on this list.

The company still has a ways to go before it will become profitable, but it is more transparent than Blink Charging on its charging utilization. EVgo reported a 68% increase in network throughput, which rose from 15.7 gWh in 2020 to 26.4 gWh last year. The company had guided for 24 gWh to 26 gWh for the year.

One benefit EVgo enjoys is the fact its business model is vertically integrated, with the company itself handling everything from hardware and technology design to the installation of its stalls, maintenance and other aspects of the business. Vertical integration is an attractive attribute for EV owners and fleet operators because it makes everything involved in utilizing the company's stations easier for them.

As you can see, the business models used by EV charging companies vary widely. Of course, not every model will succeed, so for now, it's anyone's guess which companies will survive. Some, like ChargePoint, are doing better than others.

Ultimately, it's a good idea to look at how every EV charging company makes money, weigh it against their financial metrics and then decide whether you think they will be one of the EV charging industry's winners. The growth of EVs makes it clear that some station operators will survive, but the wide variety of business models is making it difficult to choose the winners this early in the game.