Warren Buffett's Portfolio Is Bracing for a Recession

Bank stocks are out while consumer goods are in; here's why that matters 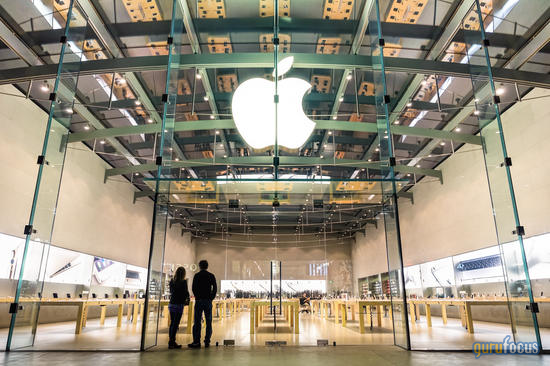 In the third quarter of 2020, Berkshire Hathaway’s (

This balance has continued through to the most recently reported quarter, which was the fourth quarter of 2021. As we can see, financial services stocks take up less than 30% of Berkshire’s equity portfolio based on its latest 13F.

Investors should be aware that 13F reports do not provide a complete picture of a guru’s holdings. They include only a snapshot of long equity positions in U.S.-listed stocks and American depository receipts (ADRs) as of the quarter’s end. They do not include short positions, non-ADR international holdings or other types of securities. It’s possible the guru no longer even holds the stocks from the previous 13F; we won’t know until the 13F for the current quarter is released. However, even these limited filings can still provide valuable information.

With Berkshire’s 13F for the first quarter of 2022 set to be released in the coming weeks and a potential recession weighing on investors’ minds, let’s take a look at what the changing sector weightings in the firm’s portfolio can tell us.

One question some investors have had in recent quarters is, why wasn’t

Warren Buffett (Trades, Portfolio) picking up shares of his favorite banks when they were cheap due to the Covid crash? The value investing guru once considered banks and other financial services to be his favorite types of investments, and he still holds several of these stocks in Berkshire’s portfolio.

Buffett was selling Wells Fargo shares left and right beginning in 2022 and now maintains only a nominal holding. U.S. Bancorp and Bank of America haven’t changed much, with slight sales of the former and minor additions to the latter. Nu Holdings, which was added in the fourth quarter of 2021, is a Brazilian bank rather than an American bank. Berkshire sold out of its holdings in Goldman Sachs (

While financial services still make up a large chunk of Berkshire’s equity portfolio, the reductions to bank stocks specifically indicates caution in light of the difficult situation the economy currently faces. Not only do banks face the risk of recession, their net interest income (which is their main source of profits) won’t be able to keep up with inflation thanks to the Federal Reserve’s continued insufficient interest rate increases.

While Berkshire has significantly reduced its bank exposure, it hasn’t been as heavy-handed with its other financial services holdings, especially the major credit card providers.

This indicates continued confidence in the payment services and debt markets, which would make sense; as inflation rises, payments processors stand to benefit in the long term due to being able to collect higher fees, while credit rating services like what Moody’s offers should also benefit from a rise in the amount of debt.

Consumer goods on the rise

Purely looking at the sector breakdown, it may seem like Berkshire is more and more heavily invested in technology. However, the vast majority of the “technology” part is made up of one stock, Apple Inc. (

AAPL, Financial), which Buffett considers to be a consumer goods company.

Apple is by far Berkshire’s largest common stock investment with a 47.60% portfolio weight as of the end of 2021, making up nearly all of the 49.26% technology weighting.

The firm’s other consumer goods stocks include The Kraft Heinz Co. (

KHC, Financial) and Coca-Cola Co. (KO, Financial). If we count Apple as a consumer goods stock, this sector accounts for 56.16% of the Berkshire equity portfolio.

Just like the majority of other stocks, consumer goods suffer during recessionary periods, but the advantage of many of these companies is that most of their customers will still continue buying their products when times are tough.

This discussion was written in regards to the past couple of years’ worth of Berkshire’s 13F filings. The 13F for the first quarter of 2022, which should be released within 45 days of the end of the calendar quarter, will provide a snapshot of the more recent portfolio changes. Berkshire typically files its 13F on the last possible day.

We might receive some early hints from Berkshire’s annual meeting of shareholders, though, which will be held this Saturday, April 30.

It will be interesting to see what changes Buffett and his portfolio managers made during the first quarter. I will certainly be keeping a close eye out for any changes to the bank or consumer goods holdings in particular.