This grocer could offer a strong investment hedge against inflation

With food inflation raging, investing in grocery chains has suddenly become an attractive prospect, in my opinion. Inflation allows grocers the opportunity to pass on supply chain price increases to consumers and in the process increase their gross margins. In normal times, such price increases are resisted by consumers as they have other options, but in inflationary times, they have a better chance of being tolerated and accepted due to all competitors raising prices.

To be clear, this is just an opportunity; not all grocers will be able to take advantage of this opportunity. In fact, some could see their margins decrease. I believe Sprouts Farmers Market (

SFM, Financial) could be one of the companies to benefit from this environment, though. Its gross profit margins have been increasing materially in the last three years, as shown in the below chart:

Sprouts is an American specialty grocer highlighting fresh and organic products. Its offerings are focused on produce, which constituted around 21% of sales in fiscal 2021. Founded in 2002, the chain is most heavily concentrated in California, which accounted for over one third of its 374 stores as of the end of fiscal 2021. All of the company's operations are in the United States, with its stores located in the southern half of the country.

The company sells roughly 20,000 products (of which around 70% are attribute-driven, such as organic, plant-based, or catering to the keto or paleo diets), with private-label products accounting for about 16% of sales in fiscal 2021. Perishable items accounted for 58% of fiscal 2021 sales. 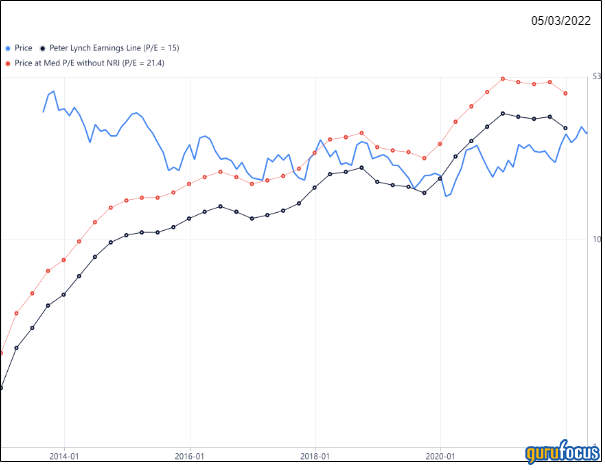 Another key point to note is the strong stock buybacks by the company. Share buybacks last year amounted to 5.8% of shares outstanding. This is likely to continue as the board of directors of the company has authorized the purchase of up to $600 million worth of stock (which is 20% of the current float). 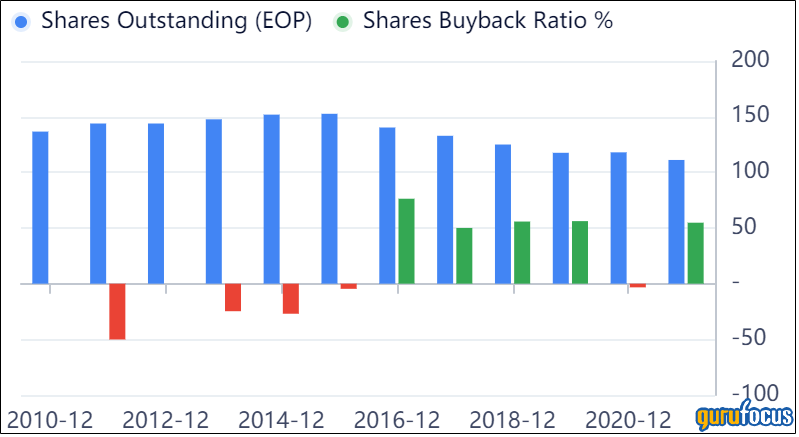 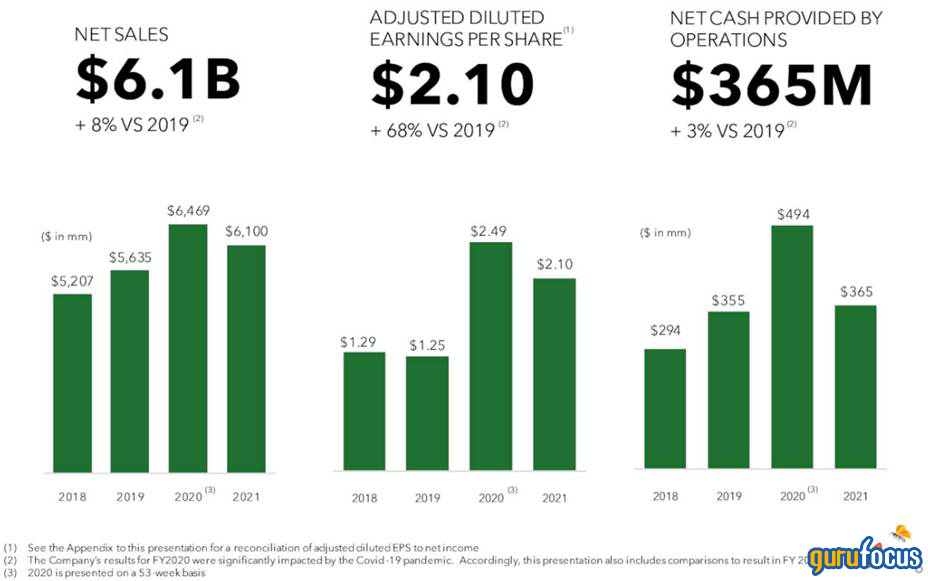 Earnings per share have grown at over 28% annually over the last 10 years.

The company has a solid balance sheet with very low debt. Most of the long-term liabilities on the balance sheet are store lease obligations.

I believe grocery stores in general, and Sprouts in particular, are strong hedges against inflation. Sprouts has an extra edge over mainstream grocers like Kroger (

KR, Financial), Walmart (WMT, Financial) and Albertson (ACI, Financial) in that it caters to a wealthier clientele who are less price sensitive.

However, the company does face intense competition from a myriad of other sources, especially from Amazon's (AMZN) Whole Foods. The company is well managed, profitable and buying back a lot of shares. It could also make an attractive target for acquisition by a larger organization.