5 Graham's Lost Formula Biotech Stocks to Consider for May

These companies may offer good value

After a brutal month in April, U.S. market indexes were lower on Tuesday as investors await the Federal Open Market Committee’s decision on interest rates. 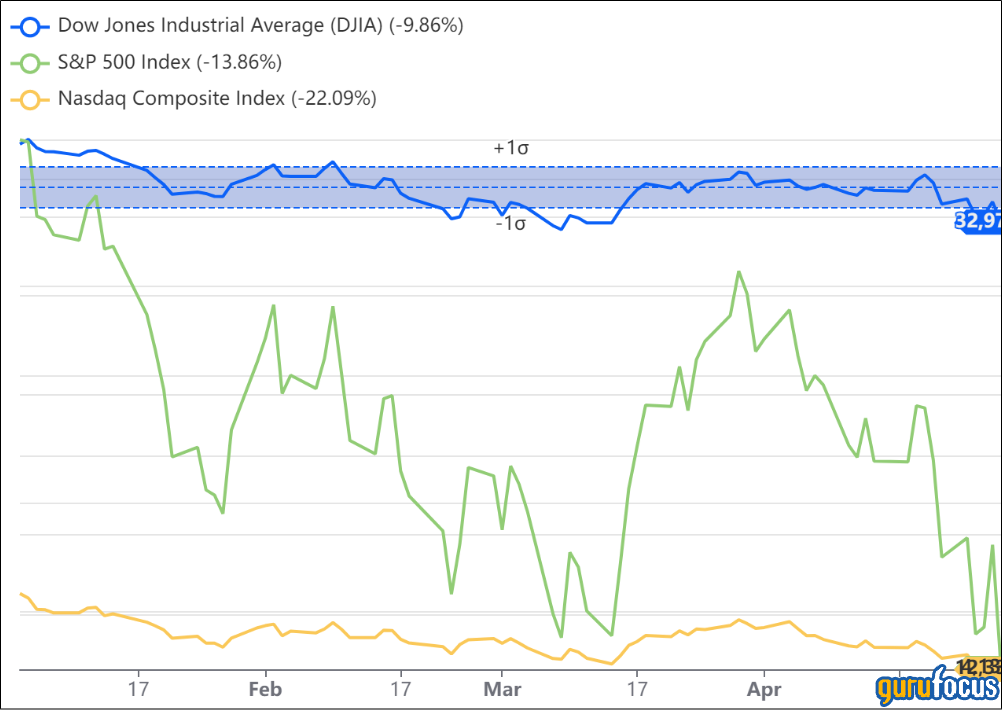 In regard to individual sectors, health care stocks were up, having gained 0.66%. Year to date, however, the sector is down 33.18% as the economy continues to reopen following the Covid-19 pandemic. 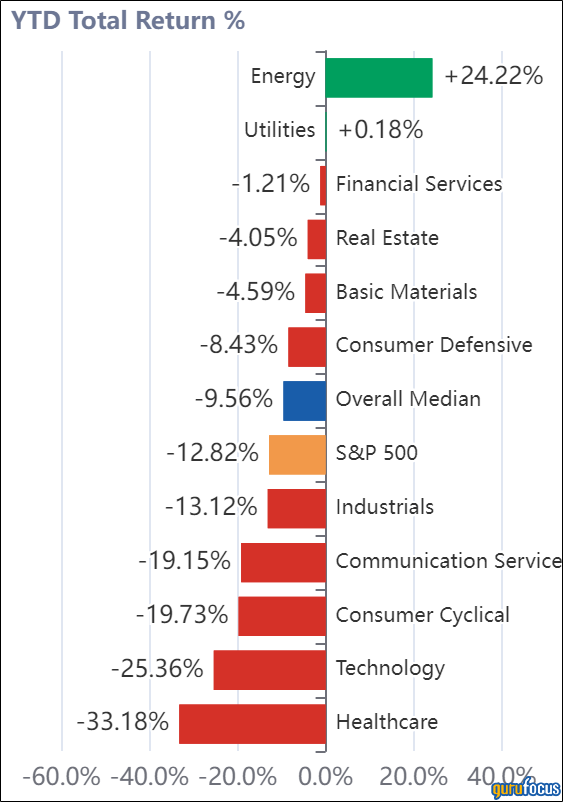 As a result of these developments, investors may be interested in health care companies that qualify for Benjamin Graham’s Lost Formula screen, a Premium GuruFocus feature.

Prior to his death in 1976, the author of "Security Analysis" and "The Intelligent Investor" developed a refined formula that screened for companies with a price-earnings ratio of less than 10 and an equity-to-asset ratio of at least 0.5. The formula got its name from that fact that he was unable to publish it before his passing; therefore, it was lost from public knowledge for a time. Since Graham also prioritized a minimum interest coverage of 5 with the companies he invested in, that element was included in the criteria as well.

The screener found that as of May 3, biotech companies that met these criteria included Regeneron Pharmaceuticals Inc. (

The GF Value Line suggests the stock is a possible value trap currently based on historical ratios, past financial performance and future earnings projections. As such, potential investors should conduct thorough research before making a decision. 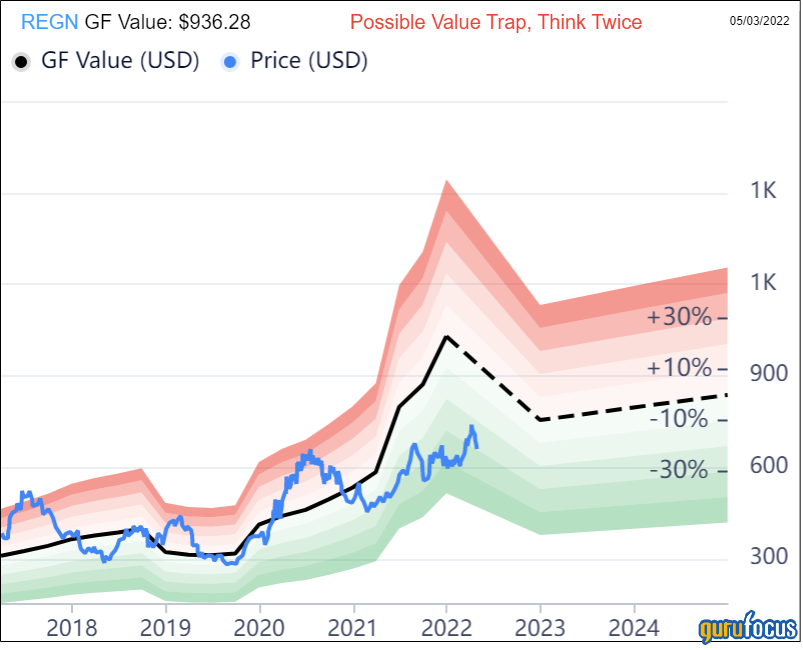 GuruFocus rated Regeneron’s financial strength 8 out of 10 on the back of a comfortable level of interest coverage and a robust Altman Z-Score of 9.82 that indicates it is in good standing even though the Sloan ratio is indicative of poor earnings quality. The return on invested capital also overshadows the weighted average cost of capital, meaning value is being created as the company grows.

The company’s profitability scored a 9 out of 10 rating, driven by an expanding operating margin and strong returns on equity, assets and capital that top a majority of competitors. Regeneron also has a moderate Piotroski F-Score of 5 out of 9, meaning business conditions are typical for a stable company, and a predictability rank of one out of five stars. According to GuruFocus research, companies with this rank return an average of 1.1% annually over a 10-year period.

Of the gurus invested in Regeneron, the

The company, which is headquartered in Cambridge, Massachusetts, focuses on developing RNA therapeutics, primarily mRNA vaccines like the one to treat the Covid-19 virus.

According to the GF Value Line, the stock is a possible value trap currently. As such, potential investors should tread lightly before making a decision. 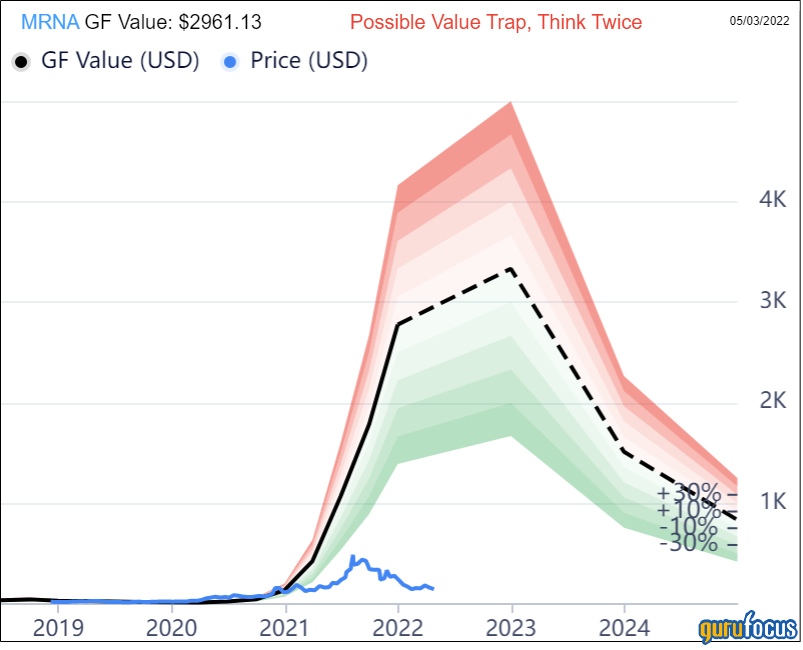 Moderna’s financial strength was rated 8 out of 10 by GuruFocus. Despite having a Sloan ratio that is indicative of poor earnings quality, it is supported by adequate interest coverage and a high Altman Z-Score of 6.7. The ROIC also eclipses the WACC, so value creation is occurring.

The company’s profitability did not fare as well, scoring a 4 out of 10 rating despite having margins and returns that outperform over half of its industry peers. Moderna also has a high Piotroski F-Score of 7, meaning operations are healthy. 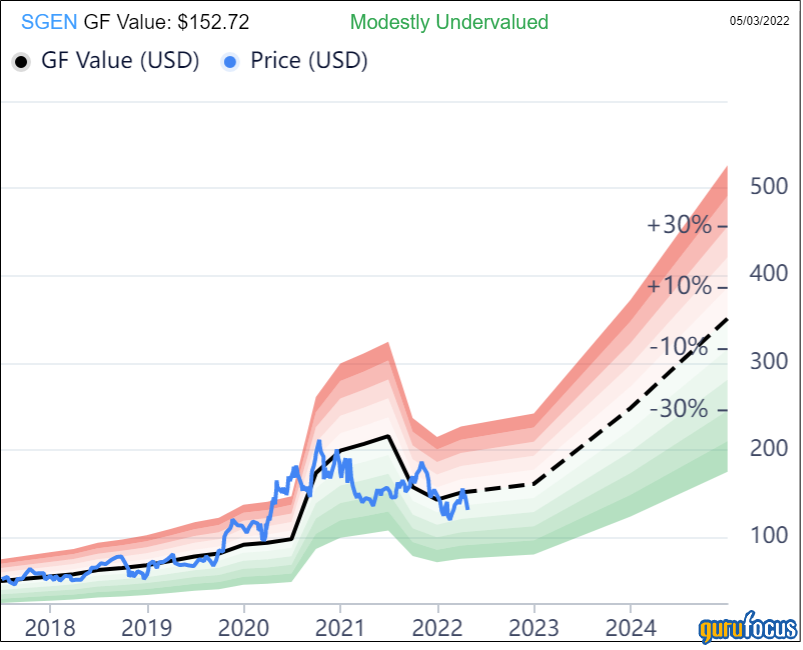 GuruFocus rated Seagen’s financial strength 8 out of 10, driven by a comfortable level of interest coverage and a robust Altman Z-Score of 23.23. Assets are also building up at a faster rate than revenue is growing, suggesting the company may be becoming inefficient.

The company’s profitability scored a 3 out of 10 rating on the back of negative margins and returns. Seagen is also weighed down by a low Piotroski F-Score of 2, meaning operations are in poor shape, and a one-star predictability rank that is on watch due to declines in revenue per share.

Having recently qualified for the screener, TG Therapeutics (

The price chart shows the stock has tumbled nearly 65% year to date. 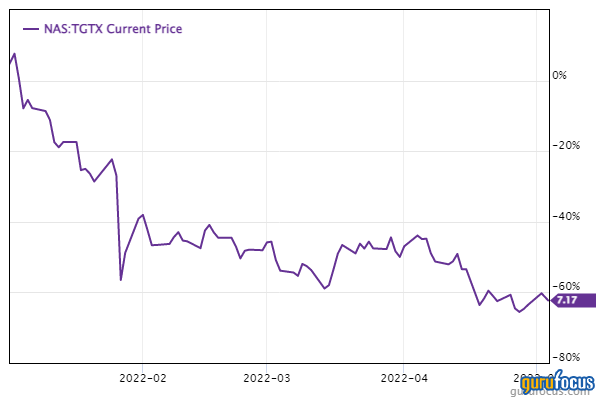 TG Therapeutics’ financial strength was rated 4 out of 10 by GuruFocus. Its weak Altman Z-Score of -2.43 warns the company could be at risk of bankruptcy if it does not improve its liquidity.

The company’s profitability also did not fare well with a 3 out of 10 rating. Although the operating margin is expanding, its returns are negative and underperforming versus competitors. TG Therapeutics also has a low Piotroski F-Score of 3 and a one-star predictability rank.

Of the gurus invested in TG Therapeutics,

Another recent addition to the screener, NGM Biopharmaceuticals ( 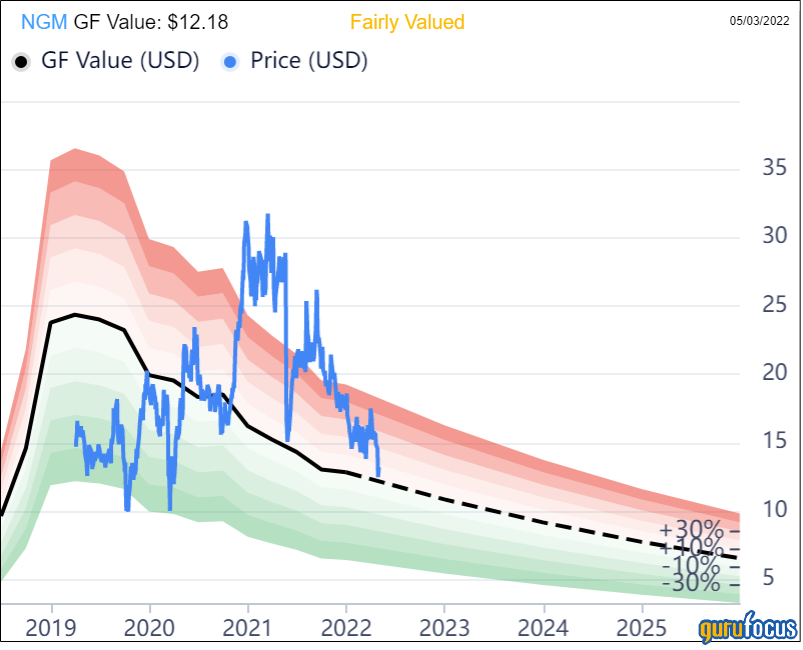 GuruFocus rated NGM Biopharmaceuticals’ financial strength 8 out of 10. In addition to a comfortable level of interest coverage, the Altman Z-Score of 7.97 indicates the company is in good standing.

The company’s profitability scored a 2 out of 10 rating, weighed down by negative margins even though returns outperform over half of its industry peers and a low Piotroski F-Score of 2. In recent years, NGM has also recorded a decline in revenue per share.