The company dominates the compliance industry

QLYS, Financial) is a leader in cloud security and compliance. The company went public in 2012 and, since then, the stock has been on a meteoric rise, gaining 878%.

The need for companies to comply with all the relevant rules, laws and regulations is becoming more important. If a business fails to meet the requirements, they can risk huge fines, lawsuits and public backlash. Thus, it’s no surprise the global compliance market is expected to expand at a 14% compound annual growth rate between 2022 and 2030, reaching a market size of $134 billion by the end of the period according to Grand View Research. 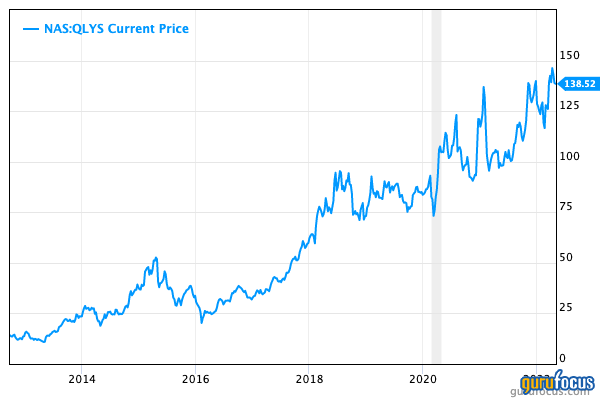 Qualys recently beat earnings expectations for the first quarter of 2022 and announced a $200 million share buyback program. Let’s dive into the business model, financials and valuation to see if this stock is a good potential opportunity.

A leader in its industry, the company offers a cloud-based platform which gives a “single view” across the global IT environment. Thus, rather than enterprises having to use multiple different vendors, they can consolidate their stack. This enables better IT security and compliance visibility. 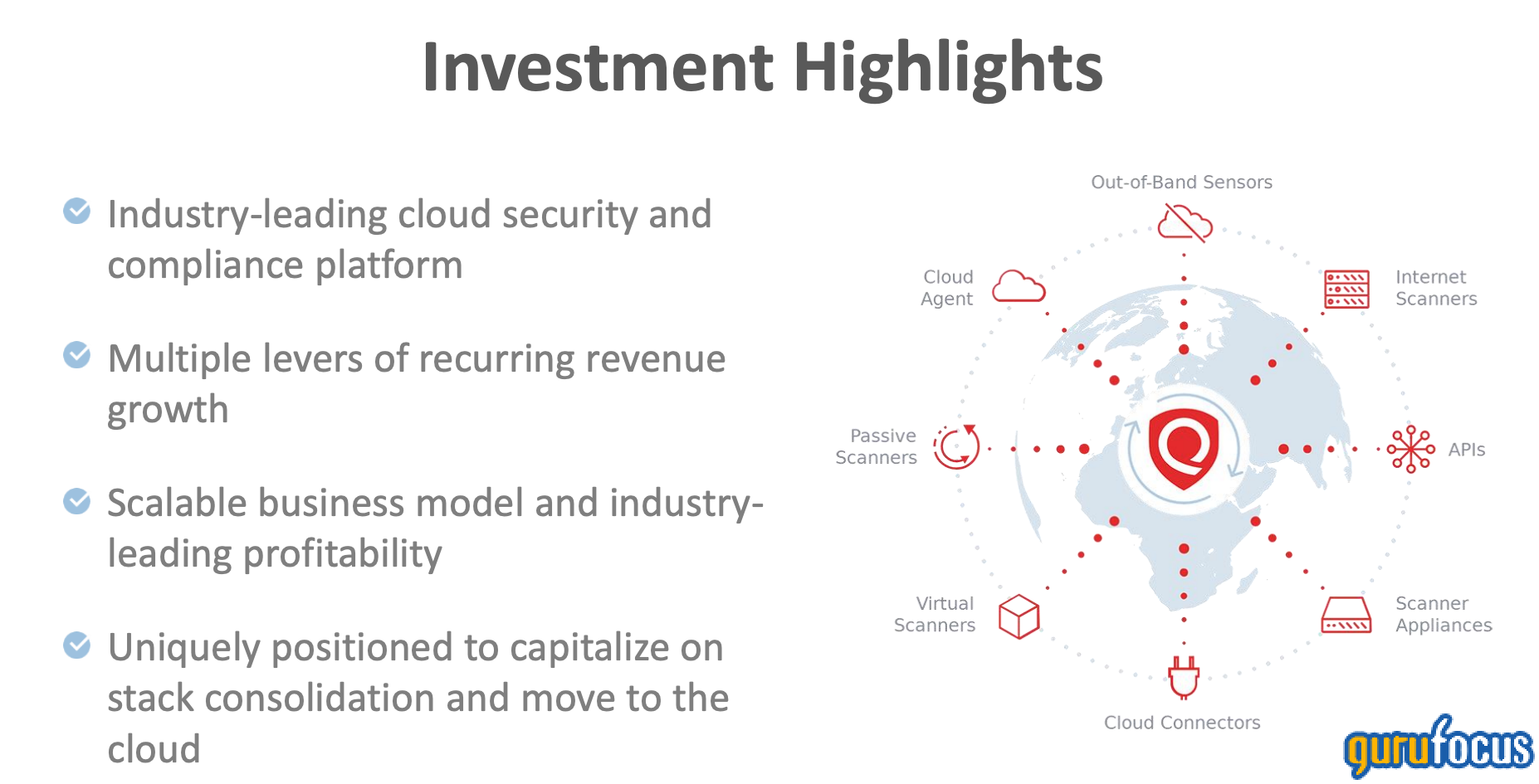 Its services include global asset inventory, risk mitigation and threat detection and response.

The company has recently seen strong interest and adoption of its Vulnerability Management, Detection and Response (VMDR) application, with customer penetration now at 40%. 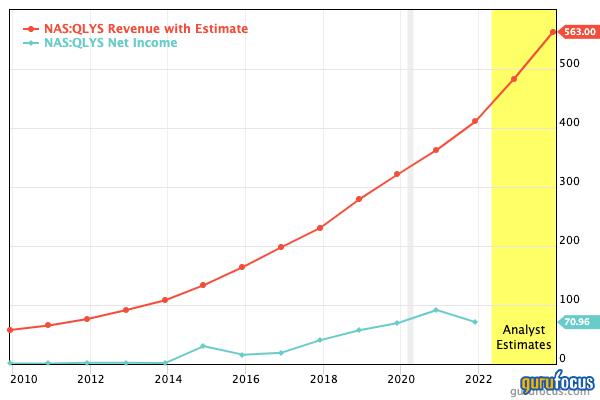 Qualys operates with an extremely high SaaS gross margin of 79%, which was up 1 percentage point over the year. Earnings came in at 89 cents per share, beating analysts' estimates of 81 cents. In addition, the company has reported earnings growth over the past four consecutive quarters that was above expectations. 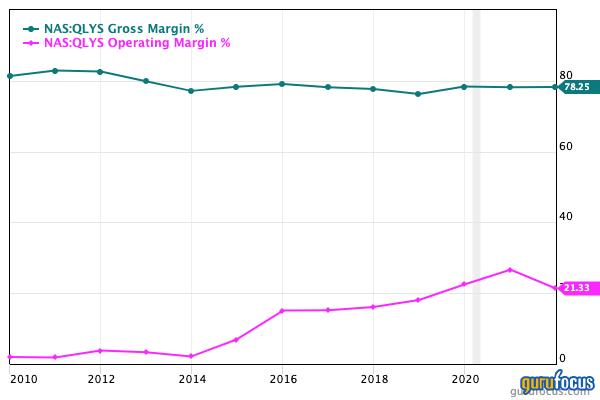 The company does operate with a loss of $33.5 million, which was up substantially from a $2.7 million loss reported in the year-ago quarter. This was primarily driven by an increase in stock-based compensation.

In terms of valuation, the GF Value Line, which analyzes historic multiples, past financial performance and future earnings projections, suggests the stock is fairly valued at the current level. 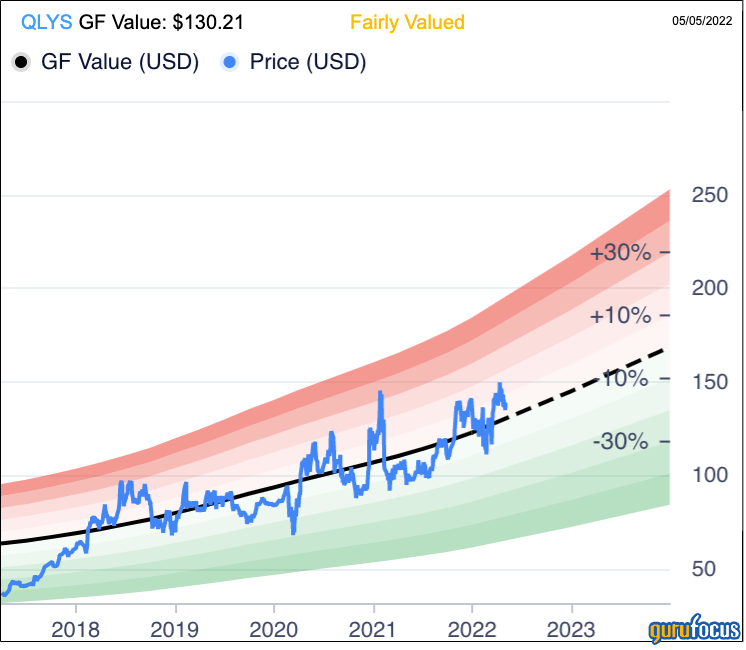 The price-sales ratio is around 12.5, which is in line with the average level historically. However, it is above competitor Rapid7 Inc.'s ( 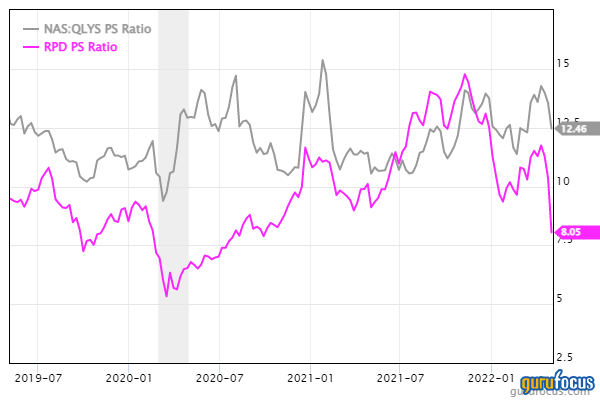 Qualys is a true leader in the cloud security market and dominates the compliance industry. Its illustrious customer base of Forbes top 50 companies really do set the company apart from competitors. The increasing need for enterprises to stay regulated means Qualys has plenty of tailwinds ahead. The stock isn’t cheap, but it’s not expensive either.