Recession fears are currently roiling the U.S. stock market with stocks down about 15% from the top. One market segment investors run into to hide during a recession is consumer staples. The thinking goes that, recession or no recession, consumers are unlikely to give up their favorite brands of toothpaste, shampoo or skin cream to save a few pennies.

However, the problem is that the big U.S. and U.K. consumer staple companies are not cheap at the moment, as shown in the below chart which compares certain statistics for Colgate-Palmolive Co (

As we can see in the above chart, despite the high valuation of many of these defensive names, there are still some that look relatively attractive on a valuation basis. The four companies at the bottom of the list, which hail from the U.K., Germany, Japan and France, respectively, look much better on a price-earnings, price-sales and enterprise-value-to-Ebitda basis. Thus, they could have higher potential to protect against recessionary conditions. They all pay good dividends, have good balance sheets and long track records.

UL, Financial) (LSE:ULVR, Financial) stock is exceptionally cheap for a company of this quality. I wrote about Unilever in January following the company's aborted attempt to acquire GlaxoSmithKline's (GSK, Financial) consumer health business. Unlike many counterparts, Unilever is very much dependent on emerging market economies, and these economies are still recovering from Covid and the resulting recession.

Gurufocus GF Value metric shows the company undervalued. The GF Value is an intrinsic value estimate from GuruFocus that uses the stock's historical price multiples, past returns and estimates of future business performance. 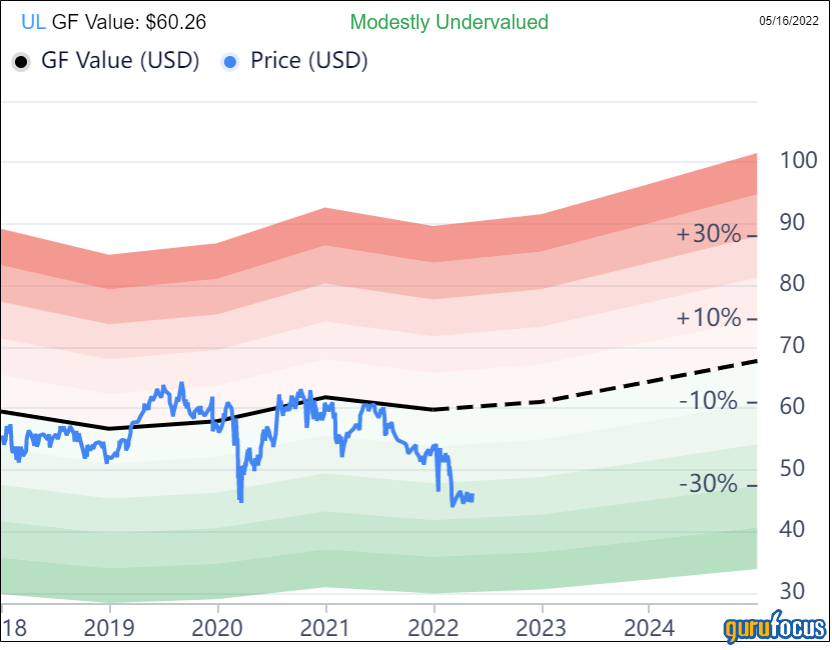 The company pays an exceptional dividend of 4.34%, which will come in handy if a recession does hit us. The company's return on invested capital has consistently been above its weighted average cost of capital, which means the company has a long record of creating shareholder value. 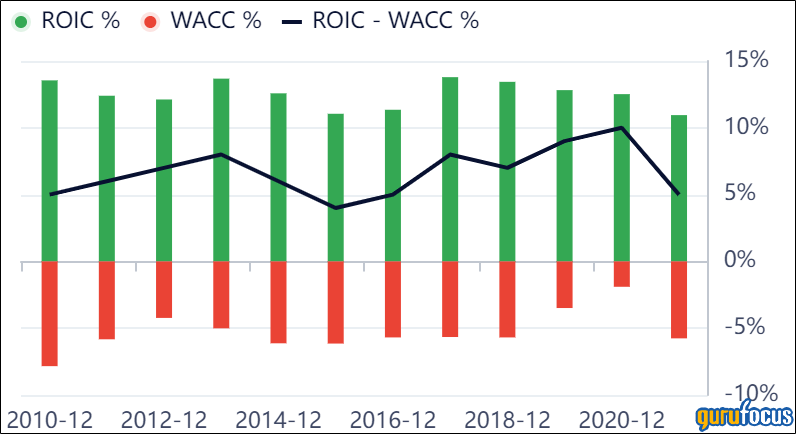 HENKY, Financial)(FRA:HEN, Financial) is a German chemical and consumer goods company headquartered in Düsseldorf, Germany. It is a multinational company active in both the consumer and industrial sectors. Henkel operates in three business areas: Laundry and Home Care, Beauty Care and Adhesive Technologies. This is not a company many people in the U.S. have heard about, but it was founded way back in 1876. It makes well-known brands like Persil, All, Loctite and Schwarzkopf, among others.

The GF Value chart rates the stock as significantly undervalued. 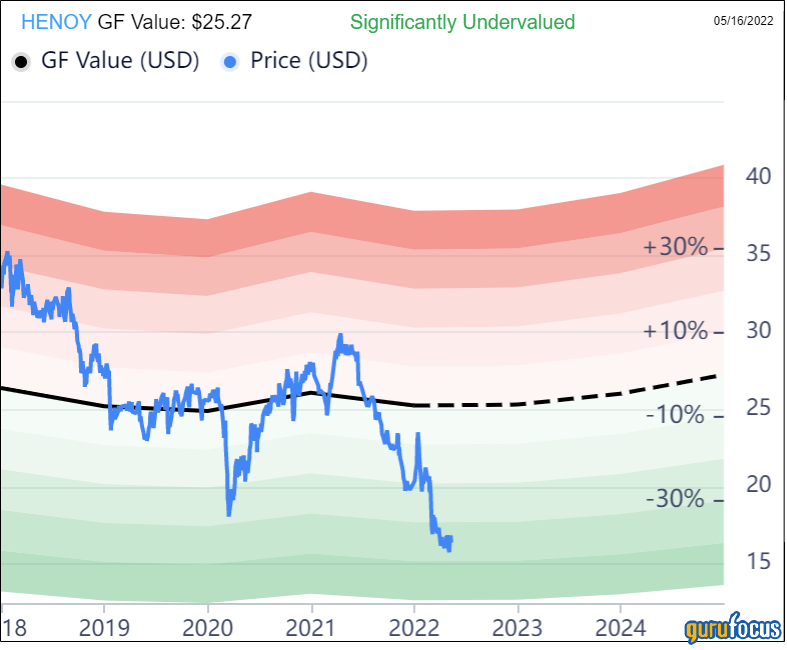 The company pays a solid dividend of 3.04%. Henkel's ROIC has been consistently above its WACC. 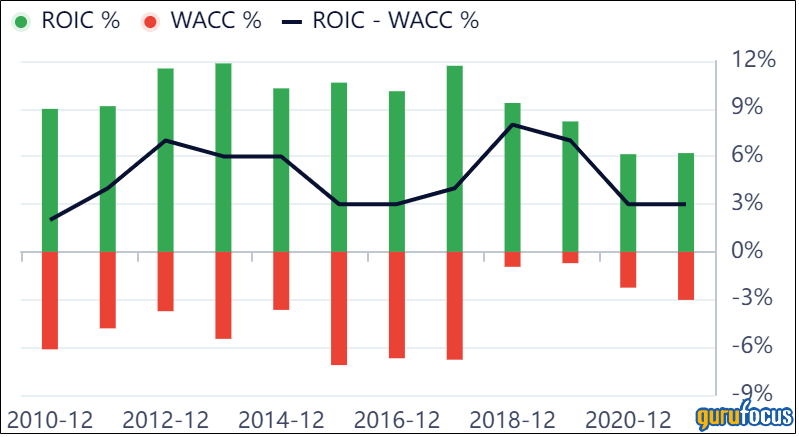 TSE:4452, Financial) is again not well known as a company in North America, but its brands include household names like Jergens, Biore, Curel, John Frieda, etc. Kao is the largest household and personal care product manufacturer in Japan with a footprint across Asia, Europe and the Americas. Japan remains its largest market, contributing about 64% of sales and 70% of profits. The company has been around for a while, having been founded in Japan in 1857. 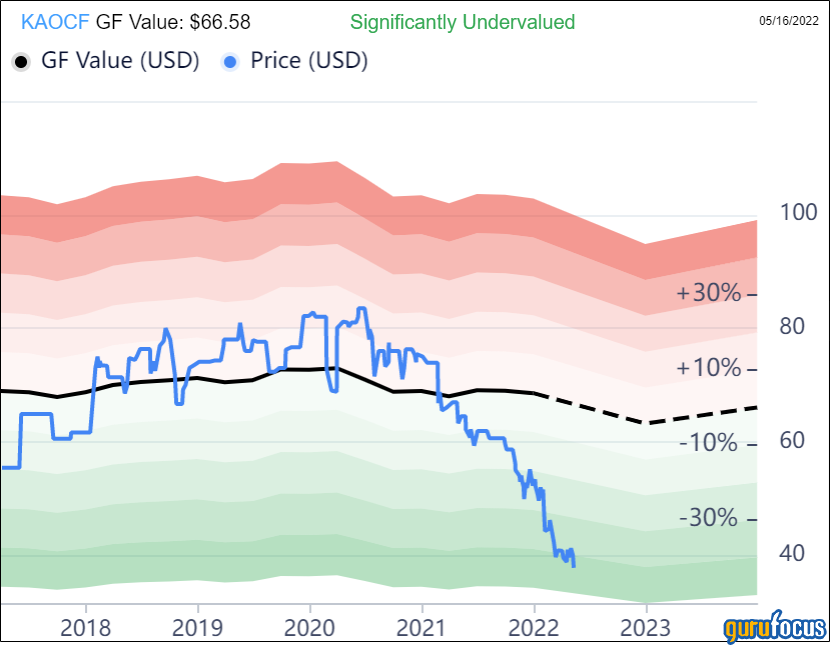 Kao pays a solid dividend of 3.17% and its ROIC to WACC metric has been consistently in the value creation territory. Japan (unlike the rest of the world) still has low inflation, so dividend relative to inflation is remarkably high. 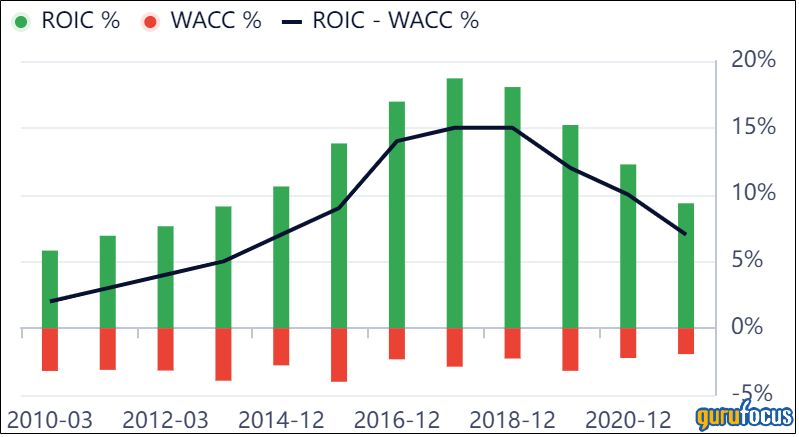 BICEY, Financial)(XPAR:BB, Financial) is a France-based multinational company known for its disposable razors and cigarette lighters. It also makes writing instruments such as its famous ballpoint pens. By net sales, its biggest market is North America, followed by Europe and the developing markets (Middle East, Africa, Latin America and Asia). It's a small company compared to the others on this list.

The company is in excellent financial shape and is quite profitable with a GuruFocus financial strength rating of 9 out of 10 and a profitability rating of 8 out of 10.

It pays a good dividend of 3.67% and is also undervalued according to GF Value chart. 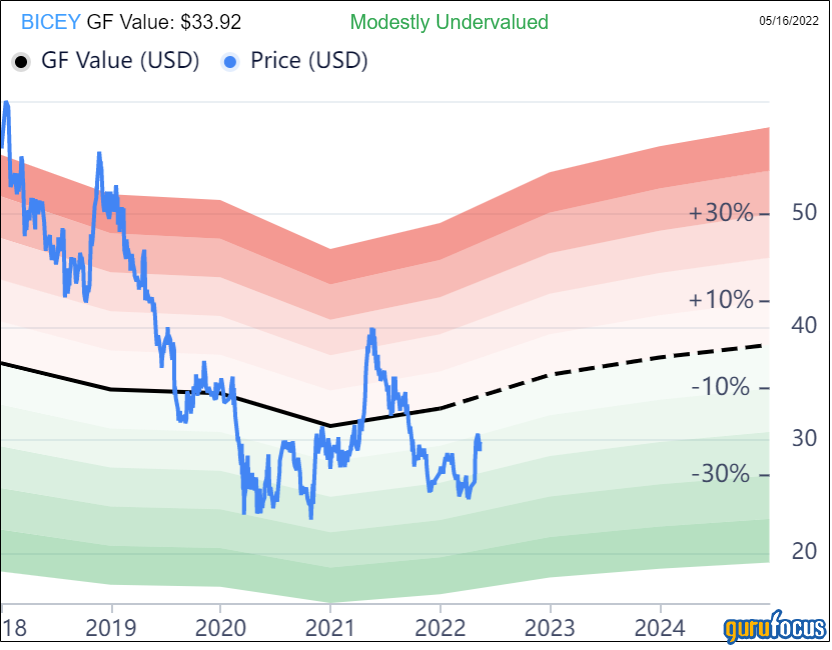 The comparison of ROIC to WACC has been consistently good over the years. 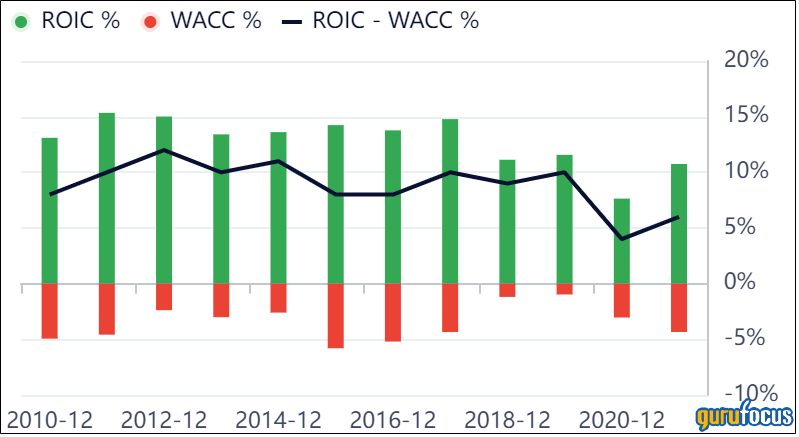 Whether or not we end up in a recession, I think these international consumer staple companies could provide geographical diversification to a portfolio to help reduce risk. These companies all have exceptionally good balance sheets, solid profitability and are shareholder friendly. These are all "sleep well at night" stocks.

These companies can be traded on the OTC exchange in the U.S., but volume is low, so I would advise those interested in these stocks to pay attention to bid-ask prices or, if your broker supports it, trade them on their home exchanges. Unilever is traded on the NYSE in high volume, so that one shouldn't be a problem.