My 'Do Nothing Club' Returned 68% in the Past Year 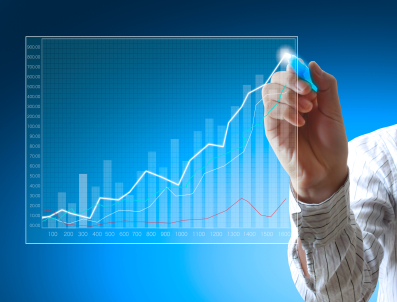 It’s the same with some investors. Stocks that do nothing for a while may vanish from investors’ consciousness. But stagnant stocks can sometimes be good buys.

Hence, my Do Nothing Club. It’s an annual compilation of stocks whose price is little changed during the past year, and also the past month, but that I think may spring to life.

I first conceived the Do Nothing Club on a lazy spring day in 1999. I’ve written 18 columns about it since then; today’s will be the 19th.

The average one-year gain on my Do-Nothing picks has been 13.1%, compared to 9.1% for the Standard & Poor’s Total Return Index.

On a one-year basis, 15 of my 18 previous lists have been profitable, and 10 have beaten the S&P.

Last year was a particularly good one for the Do Nothing brigade. My four picks averaged a gain of 68%, while the S&P 500 declined 2%, after taking dividends into account.

Now it’s a lazy spring again, and time for some new Do Nothing picks.

CI, Financial), a huge health insurer whose total return from a year ago is almost exactly zero.

Over the past 10 years, Cigna has been far from stagnant. It’s returned 516%, which compares very nicely with 264% for the Standard & Poor’s Total Return Index.

National health insurance is a potential threat to the big private insurance companies, but it looks unlikely to happen. You might think the Covid-19 pandemic would also be a threat, by pushing up claims costs. However, so far, Cigna’s profits have held up OK.

After paying only four cents a share in dividends for years, Cigna hiked its dividend to $4 a share last year. The latest quarterly dividend suggests a $4.48 per-share payout this year. In my view, there is room for further dividend increases.

Lately, though, this maker of memory chips gets little respect, and the stock is down about 6% in the past year. It sells for only nine times recent earnings, and only six times the earnings analysts expect for fiscal 2023.

The rap against Micron is that memory chips are a low-end product in the semiconductor world, and one subject to periodic gluts. But against that, consider that Micron is part of an oligopoly in memory chips. Three companies – Micron, Samsung (

There are two things that I believe might help MetLife Inc. (

MET, Financial) do better in the next year or two. I believe that the pandemic will, at some point, wane. That would mean fewer claims on group life and health insurance policies.

Interest rates, long in the basement, are rising. Insurance companies typically invest their “float” (money received in premiums and not yet needed for claims) in bonds. Higher rates hurt the price of existing bonds, but help make new ones a more profitable investment.

Based in Westchester, Illinois, Ingredion Inc. (

INGR, Financial) makes ingredients for food, beverage, and paper products, and for cosmetics. One thing I like about ingredient stocks is that you don’t pay a premium for brand-name glamor.

Ingredion stock over the past decade has usually sold for about 16 times earnings. Today the multiple is only 13.

At a time when consumers are complaining about shortages in grocery stores, a company like Marten Transport Ltd. (

MRTN, Financial) should have some pricing power. Marten, based in Mondovi, Wisconsin, operates refrigerated trucks to transport food and some other temperature-sensitive goods.

I consider 10% to be a good return on invested capital. Marten fell short of that for years, but has bettered that mark in the past two years, and profits appear still to be on the upswing. The stock sells for 1% more than it did a year ago. The company is debt-free, a rare quality these days.