A leading producer of salty snacks, the company has some great brands and strong revenue growth 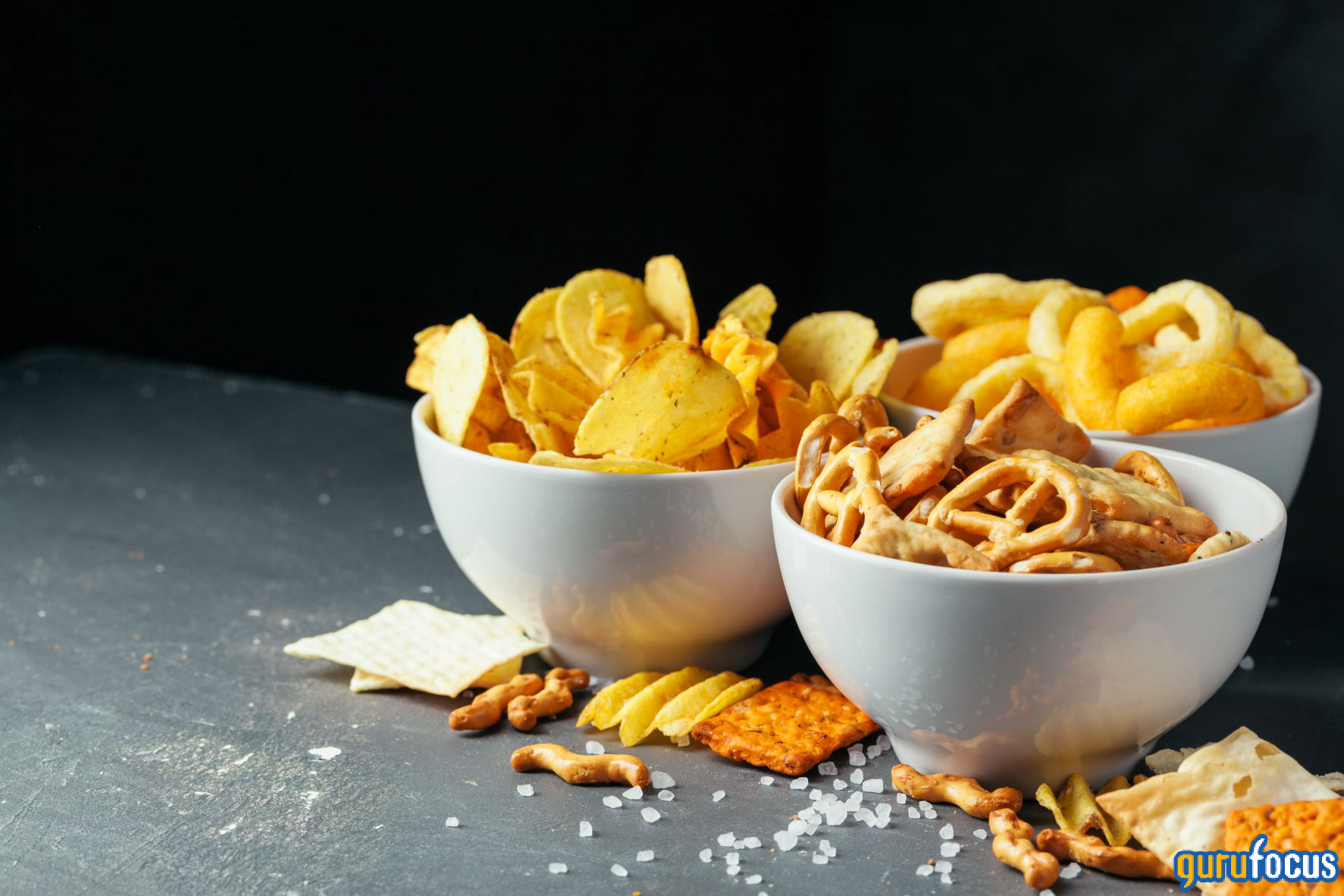 One food category that will probably never go out of style is good old-fashioned potato chips. One of the largest purveyors of potato chips in North America is Utz Brands Inc. (

As of the end of 2021, the company operates 17 manufacturing facilities with a broad range of capabilities and the products are distributed nationally to substantially all major grocery, mass, club, convenience, drug and other retailers through direct shipments, distributors and more than 1,850 direct-store delivery routes. The company has grown organically and through acquisitions, having completed 17 acquisitions since 2010. The business model is highly scalable, so the company can efficiently integrate these acquired businesses into existing infrastructure and realize cost savings as well as revenue and distribution increases.

The company has a history dating back to 1921, but became a publicly traded company in August 2020 through a special purpose acquisition company transaction after combining with Collier Creek Holdings. The company has a current market capitalization of $1.1 billion.

The SPAC combination in 2020 makes for difficult comparisons when looking at 2021 financial results. In 2021, Utz generated $1.18 billion in revenue, operating income of $10.6 million and net income of $8 million. The company has mostly used debt to finance its acquisitions and has a fairly high leverage ratio of 5.1 times as of the end of the first quarter of 2022. The company’s long-term goal is to lower that to a more reasonable range of 3 to 4 times.

First-quarter results were strong as the company reported organic revenue growth of 20.7%. About 9.4% of that was price increases to offset higher input costs, but volume growth was still impressive at 11.3%. Gross profits increased 11%, but there is no escaping these inflationary pressures and the gross margin decreased to 33.9% from 38.8% in the prior period. Ebitda margins were also negatively affected and decreased to 10.7% from 14.1% in prior-year period. The company indicated will likely continue with additional price increases in 2022. Competitors such as PepsiCo Inc. (

PEP, Financial) have made similar comments regarding higher input costs.

The company did not generate positive operating cash flow in the quarter and cash used in operations was $36 million. Capital expenditures were $8 million. The company expects it operating cash flow to significantly improve throughout the year. Net debt was $870 million and trailing 12-month Ebitda was $172 million, which creates a leverage ratio of just over 5 times. The largest portion of the company’s debt, a term loan, doesn’t mature until 2028, giving it plenty of room to generate free cash flow and pay down debt. 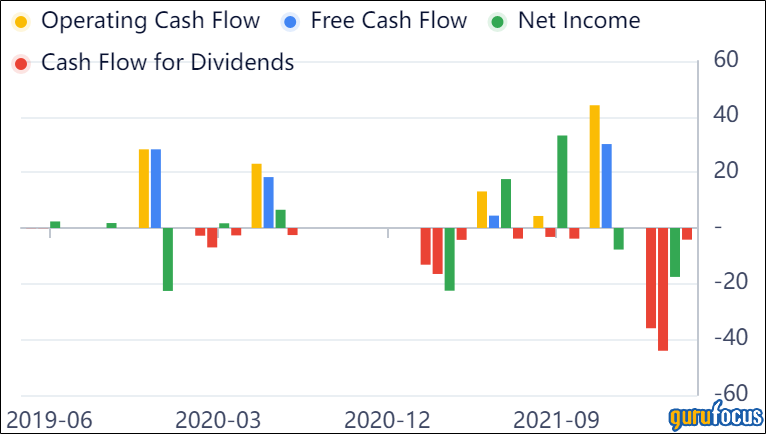 Due to the generational inflationary environment, the company does not expect much growth in earnings in 2022 and is likely underearning to its full potential. Analysts' earnings per share estimates for 2022 are approximately 52 cents and 60 cents for 2023, which puts the company trading at 28 times earnings. The enterprise value/Ebitda ratio based on 2022 estimates is in the range of 12 to 13 times. Using the GuruFocus discounted cash flow calculation, the current stock price is pricing in 12% to 13% long-term earnings per share growth. That may not be unreasonable as once the inflationary environment alleviates, it is possible Utz’s margins will recover, which would create strong double-digit growth.

Utz appears to be fairly valued at this time. The high valuation multiples are slightly misleading as higher input costs are taking a toll on margins currently. The company expects total revenue growth in the 10% to 13% range and organic growth in the 8% to 10% range, but they also indicated mid-high-teens increases in gross input cost inflation. This includes commodities, labor and transportation. Over the long term, as productivity improvements come to fruition, the company should be able to produce strong double-digit growth rates.